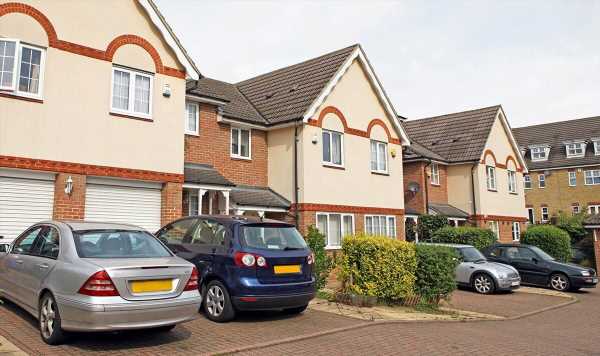 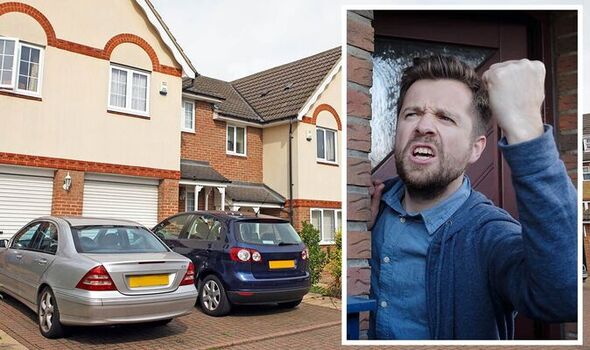 Private driveways are a luxury for homeowners, particularly in areas with terraced properties or a lack of road parking. Even if you don’t have a car, being the legal owner of the space means it is entirely up to you how you use it. However, one Reddit user has found their driveway at the heart of a legal dispute with their neighbour, who has repeatedly tried to use it as their own parking spot. They explained that the problem has been ongoing since February 2021, though it recently escalated when the nuisance neighbour revealed their plans to use the driveway for her guests over Christmas.

Going by the username Inevitable_Bit_8362 on Reddit, the UK-based property owner detailed that she had been experiencing problems with the neighbour since she moved into the house in February last year.

She wrote: “The first time I met her is when she tried to tow my car out of my driveway, on the first day of me starting to move into my new house. I heard a loud bang right in front of my house. I went to check and saw a tow truck (lining up to my car on my driveway), police officers and Karen.”

The forum user explained that the neighbour had noticed their car “in her spot” and instantly called the police before even knocking on their door to find out who it belonged to. While they were unaware that the Reddit user had moved in, she failed to check and instead, continued to use the driveway as her own.

According to the original author of the post, the neighbour, “Karen”, had a deal with the previous owner of the property who let them use the single-car driveway.

The Reddit user explained that the woman next door “believed the deal should still be honoured”, though they felt that as the new owner, “that deal is over”.

Even after explaining that she can longer park on the driveway, Inevitable_Bit_8362 received a letter through her postbox from the neighbour, outlining that she “has made plans” for her guests to use the parking space over Christmas.

“I have just been over to her house and reminded her, it is my driveway. She has not got any authority to let others use my driveway and said the second I see unauthorised cars in my driveway, I will get them towed off.”

To make it clear that she is not the rightful owner of the drive, Inevitable_Bit_8362 towed the woman’s car several times.

They claimed: “After I had extended my driveway to fit two cars side by side, still in front of my house and not going over any property lines. Karen demanded the second spot in my driveway.

“After I said no, she had the nerve to still go ahead and use that second spot. She stopped again after I towed it again.”

The Reddit poster noted that she has Ring doorbell footage of the unsavoury exchanges, and yet the neighbour has still called the police on her for parking on the driveway.

Since the note was sent, the forum user detailed how there have been several instances where she has liaised with police officers, though the dispute remains unsolved.

She wrote that along with several other frustrated neighbours, they reminded the woman that their driveways are not her property, adding: “We all have towed her and her family’s cars – she has a husband and two older kids that drive and own cars.

“The second we see her guests parked in our driveways, they will be towed. The police officer reminded her of their past problems and the fines she had to pay. “

While the Reddit user hoped there was a chance that the neighbour would tell guests not to park on the driveway, she noted that from past experience, it’s likely she will still go ahead with her original Christmas plans.

Several other users commented on the post with their own solutions. One person who goes by the name DevCatOTA wrote: “Call the tow companies ahead of time and give them a letter allowing them to tow any vehicle not matching the following plate numbers anytime they drive by. They’ll patrol for you.”

According to the RAC, responsibility for parking enforcement is in the hands of local authorities, who can issue penalty charge notices for parking offences on the road, though they have no authority to remove cars on private driveways.

Instead, your options are:

Glenn Youngkin: McAuliffe telling Virginia parents ‘sit down, be quiet, I don’t care what you think’

A market analysis studies the attractiveness and the dynamics …