The UK’s cost of living crisis is also worsening following the increase to the energy price cap last month. At the same time as energy bills rising, inflation has hit seven percent in the UK with further hikes expected down the line. Recent research carried out by Age UK found that two million households with older people living in them will struggle to pay for essential expenses this year in light of this.

One couple in their mid-70s who spoke to the charity said: “When it’s cold, we go to bed much earlier to keep warm.

“We used to bathe daily but this will now be cut to twice a week. I think this says it all, we simply cannot afford to pay these rip-off prices anymore. What’s the point of life?”

Recent support schemes, such as the Government’s council tax rebate, have been rolled out to further assist those who face soaring energy costs in the months ahead.

Households in council tax bands A to D are eligible for the support, however many pensioners are unable to apply.

She explained: “With the typical energy bill going up by nearly £700 in April, and estimates of a further £600 rise come October, the Government’s £150 council tax rebate falls far short of what is needed.

“Poor targeting also means the rebate will miss some of the most vulnerable older people.

“Age UK analysis shows that among older households who won’t be entitled to the £150 Council Tax rebate in April, around one-in-five are living in poverty or just above the poverty line and/ or in receipt of income-related benefits.”

Outside of the rebate, the Government recently announced extra funding for the Household Support Fund.

To help the country’s most vulnerable, the fund was doubled to £1billion in an attempt to mitigate the cost of living crisis.

However, Ms Abrahams cited the difficulties for pensioners in accessing this support due the way people are required to put forward a claim for money.

“While these funds have provided vital support we have heard worrying reports regarding access, with some local authorities making it difficult for older people without an internet connection or email address.”

The Government has faced criticism for only hiking benefit payments by 3.1 percent, while the current rate of inflation stands at seven percent.

On this issue, Ms Abrhams said: “As part of Age UK’s ‘It doesn’t add up’ campaign, the Charity is calling for the Government to urgently increase benefits and the state pension in line with inflation to help all those on a low income – irrespective of age – who will otherwise be in deep trouble as prices continue to rise.

“As well as this, Age UK is also calling for: A one-off payment of £500 to those on the lowest incomes would also help enormously to mitigate the impact of energy price increases.”

On top of this, the expert cited the importance of the Government making sure it promotes various benefits, such as Pension Credit, which are available to pensioners.

Separate from the state pension, Pension Credit is a DWP benefit payment for pensioners on low income.

She added: “Longer term, the Government should introduce improved social tariffs into the energy market and should legislate for the continuation of the energy price cap.”

FIFA Mobile Team of the Year event is available … 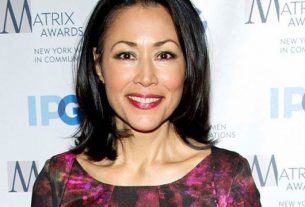