Pensioner says she won't be able to claim £400 energy rebate

Recent research carried out by Age UK has found that two million older households will be unable to pay for essential spending this year, including energy costs. Specifically, nearly half of this group are currently living on or just above the poverty line, or in receipt of benefits. Households are experiencing an annual energy bill of £693 at the moment, with the yearly cost expected to hit £2,800 later this year.

At the same time, inflation has reached nine percent in the UK with families now having to pay more for various groceries and utilities.

Charities, such as Age UK, are sharing their concern over how people are expected to meet the demands of the cost of living crisis.

One man in his 80s told the charity: “I will have to cancel my carer – I prefer to be warm and dirty than clean and cold.”

Rachel, who cares for her partner, added: “My husband has advanced Alzheimer’s, is totally bed bound, doubly incontinent and my daughter and I care for him completely at home.

“He has to be washed and changed at least three times a day and consequently my washing machine and dryer are permanently in use.

“We have to keep the heating on most of the time and increases will make an enormous difference to our expenses, but we have no other choice because of my husband’s health.”

Another couple in their 70s said: “When it’s cold, we go to bed much earlier to keep warm. We used to bathe daily but this will now be cut to twice a week.

“I think this says it all, we simply cannot afford to pay these rip-off prices anymore. What’s the point of life?”

Caroline Abrahams, a charity director at Age UK said: “Our new analysis shows the brutal impact that rocketing prices are having on our older population and lays bare the desperate situation facing two million pensioners this year, if the Government fails to act.

“Significant numbers of older people are already struggling, and the Bank of England was crystal clear last week that it’s only going to get worse in the months to come.

“For older people on low fixed incomes, relying solely on their state pension and benefits, it’s a terrifying prospect because there are simply no more cuts they can make.”

Recently, the Chancellor Rishi Sunak confirmed a new wave of support payments to meet the urgent needs of vulnerable pensioners in the UK, as well as other groups.

Those who are in receipt of means-tested benefit claimants, such as Universal Credit, will be eligible for one-off cost-of-living payment of £650.

As well as this, pensioners will get a new £300 one-off payment automatically to help with soaring energy bills.

On top of this, six million disabled people will be able to get an extra one-off payment of £150.

The Chancellor has also pledged to save an extra £500million in extra cash for the Household Support Fund.

Furthermore, the Chancellor revealed that the Government will be introducing a universal discount for energy bills totalling £400.

Press and hold both the Top button and the Volume Down … 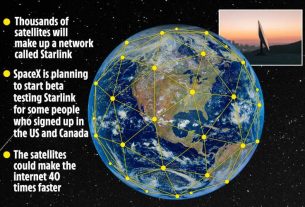 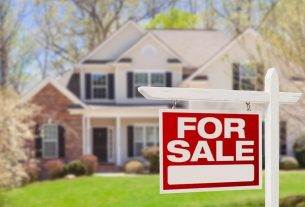