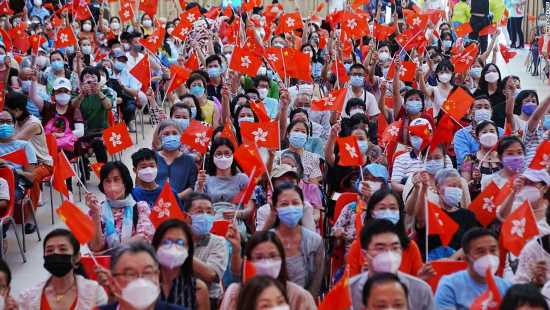 Xi will be in Hong Kong to mark the 25th anniversary of the city’s handover from Britain to China, and it will be his first trip outside the mainland since the pandemic started.
According to the Hong Kong Journalist Association (HKJA), at least 10 journalists working for local and international organizations had their applications to cover the events rejected for “security reasons.”

“With media unable to send journalists on the ground, the HKJA expresses utmost regret over the rigid reporting arrangements made by the authorities for such a major event,” the press group said on Tuesday.

Reuters, Agence France-Press (AFP), and the Hong Kong-based South China Morning Post were among the outlets whose reporters were blocked from covering the ceremonies, according to the HKJA.

CNN has contacted the media companies for comment. A spokesperson for the Hong Kong government said that authorities were striking “a balance as far as possible between the need of media work and security requirements.”
Reuters reported that two of its journalists had been barred from covering the handover ceremony and inauguration of incoming Hong Kong Chief Executive John Lee. It cited a Reuters spokeswoman as saying the news agency was seeking further information on the matter.

CNN’s application to attend the events has also been rejected.
“The government told CNN the police rejected the application but refused to elaborate,” a company spokesperson said. “CNN is disappointed not to attend official events but will continue to report on the visit by Chinese President Xi Jinping.”
The spokesperson said the Hong Kong Government had told CNN that “it would not comment on the accreditation outcome of individual organizations and persons.”
Journalists who had their applications denied would not be able to cover the national flag raising ceremony and the swearing in of Lee, the city’s new leader and former security chief.
The government’s Information Services Department issued invitations to news organizations on June 16, allowing only one journalist per outlet to cover each event.
Each media representative was required to conduct daily PCR tests starting June 26 — before official approval or rejections were issued on June 28 — and to go into hotel quarantine on June 29 as part of coronavirus-related prevention measures.

The Foreign Correspondents’ Club in Hong Kong said Wednesday that it was “deeply concerned” about the reports that accreditation had been denied.
“In the past, similar official events were open to media registration without invitation or vetting,” the FCC said in a statement Wednesday.
“The FCCHK views these restrictions — enforced without detailed explanation — as a serious deviation from that stated commitment to press freedom,” it said.
Hong Kong was once home to one of Asia’s most vibrant media scenes, and a place that professed freedom of speech and freedom of the press. But over the last few years, it has lost almost all its homegrown independent news outlets.
Beijing imposed a national security law on the city in the wake of anti-government protests in 2019. Since then, critics allege some of the freedoms China promised to protect at the handover 25 years ago have been curtailed.
The Hong Kong government dismisses suggestions that press freedom has been undermined, but the future of local independent reporting looks bleak. Although there are still major international media outlets — including CNN and Bloomberg — operating large newsrooms in the city, there are few significant local independent outlets left.

Some of the city’s biggest pro-democracy media outlets have been toppled after enormous government pressure, a series of arrests and police raids on their newsrooms.
— CNN’s Beijing bureau contributed to this report.
Source: Read Full Article

What determines the monetary value of a good or service 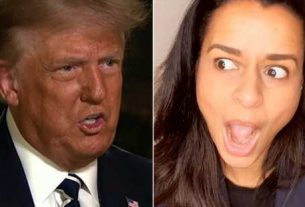 In this photo illustration, comedian Sarah Cooper's page is displayed on the TikTok app.

Specially designed to mop back-and-forth just like you would…