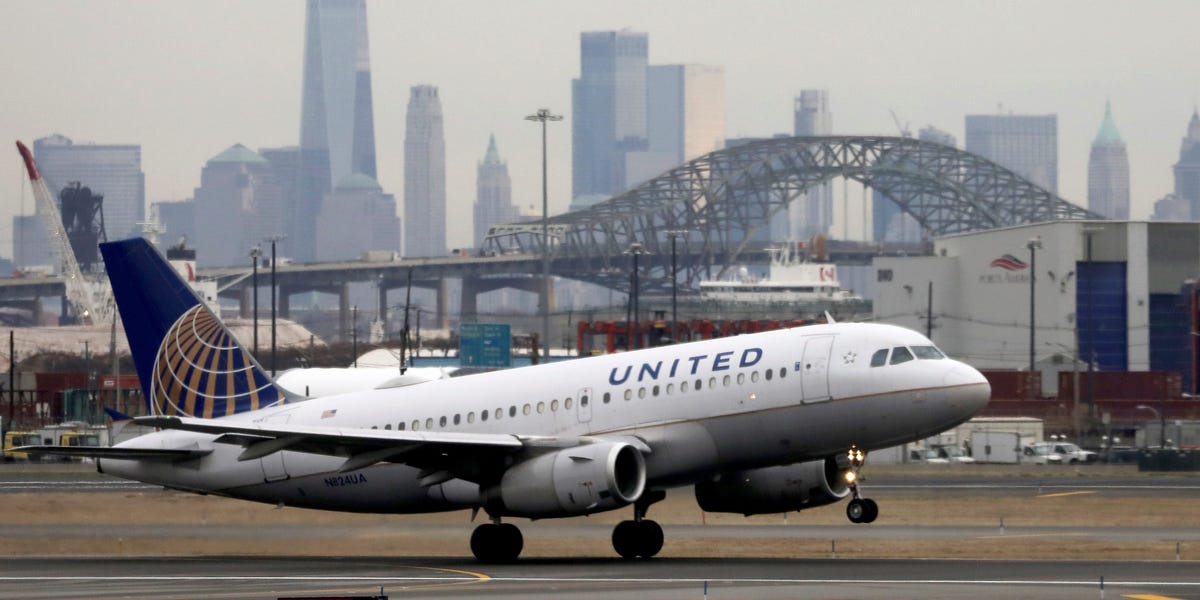 A meager increase in passengers this summer compared to March and April hasn't been enough to prevent furloughs at the country's third-largest airline, one senior executive told reporters on Wednesday, though not all employees who received WARN notices will part with the airline. United sent letters to 36,000 employees earlier this summer, but staffing reductions through voluntary separation, early retirement, and paid/unpaid leave of absence programs helped bring that number down.

American Airlines plans to furlough 19,000 employees, while Delta Air Lines will furlough about 2,000 pilots. Southwest Airlines, Spirit Airlines, and JetBlue Airways will not furlough any pilots this year.

"The pandemic has drawn us in deeper and lasted longer than almost any expert predicted, and in an environment where travel demand is so depressed, United cannot continue with staffing levels that significantly exceed the schedule we fly," United wrote in a memo to employees, viewed by Business Insider. "Sadly, we don't expect demand to return to anything resembling normal until there is a widely available treatment or vaccine."

Following the furloughs, United expects to reduce its footprint by around one-third by shaving its roughly 95,000-strong workforce by 36,000. Voluntary separations accounted for a 7,400 reduction with 20,000 employees on a voluntary leave of absence for August, a normally busy travel season that failed to break 1 million daily passengers.

Executives said United will need to part with 2,850 pilots, greater than the number of notices it sent out. United is still negotiating with the pilot's union, so the total number of furloughs is still undecided.

Cabin crew will take the greatest hit, as United plans to furlough 6,920 flight attendants. The airline will also furlough 4,270 airport operations and maintenance staff. United is also expecting to trim its management and administration staff by 1,400 employees. Other groups including network operations, catering, and call center employees will see only 930 furloughs.

United received about $5 billion in payroll support through the CARES Act. The airline agreed not to furlough or cut pay for workers until October 1 in exchange for the aid.

The US government has not passed an extension or follow-up to the CARES Act but President Donald Trump hinted at helping the airlines on Tuesday en route to Kenosha, Wisconsin. "We'll be helping the airlines, you have to help the airlines, it's a tough business always is," Fox Business reported Trump saying before boarding Air Force One. "Airlines are a tough business in good times and we are about ready to get back to good times."

Without continued government assistance or additional voluntary separations, furloughs at United are nearly certain unless more Americans take to the skies in a meaningful way before October. United's voluntary programs are currently only open to pilots, but executives raised the possibility of re-opening programs for other work groups.

Travel had begun to recover since April, when coronavirus lockdowns drove passenger numbers down as much as 97%, but after a brief recovery, demand fell again over the summer as virus cases spiked in several states. Business travel, a more lucrative travel segment for airlines, has not meaningfully returned as offices across the country remained close and employees work from home.

Do you have a personal experience with the coronavirus you’d like to share? Or a tip on how your town or community is handling the pandemic? Please email covidtips@businessinsider.com and tell us your story.

Get the latest coronavirus business & economic impact analysis from Business Insider Intelligence on how COVID-19 is affecting industries.

Google Analytics lets you measure your advertising ROI as well as …

The Tariff of 1828 was a protective tariff passed by the …