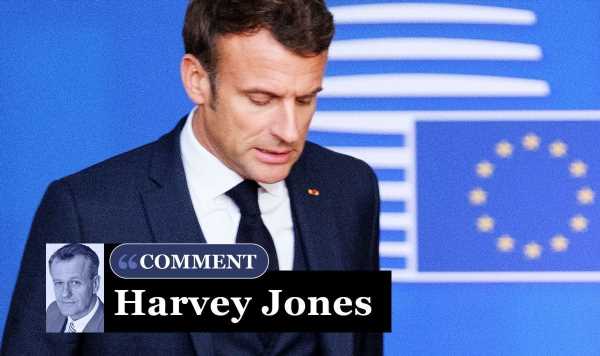 Politicians and central bankers have been pumping the global economy full of stimulus for more than a decade to prevent an economic and social meltdown. Now the bills are arriving for everyone.

Since the 2008 crisis, Western economies have been kept afloat by record-low interest rates, endless money printing and massive government deficits.

The UK was hardly the only offender, the US, Europe, Japan and others are also in the dock.

Global bond markets singled us out for a punishment beating, as a warning to everybody else. Pour encourager les autres – to send a message to the others – as the French used to say before throwing some poor First World War soldier in front of a firing squad.

France and Italy are keeping their heads down, but at some point they will be singled out, too.

On many measures, they are way worse than we are.

Doom-mongering over the UK economy has reached unprecedented levels, but the reality is not as scary as we have been led to think, Ian Lance, co-fund manager of Temple Bar Investment Trust, has pointed out. “The UK actually has the second lowest ratio of debt to GDP and headline inflation is below the eurozone average.”

The UK’s debt is 88 percent of GDP, according to the IMF. That’s bad of course and needs tackling, but it’s at the lower end of the scale.

Similarly, UK inflation was a painful 10.1 percent in September, but the EU average is a fraction higher at 10.9 percent.

Former Chancellor Kwasi Kwarteng was right to say the UK needs to boost growth. He was wrong to add £70billion to the nation’s debt as interest rates rocket.

Yet the frantic backlash was also down to Brexit, which the global establishment can’t stand.

It’s no coincidence that the International Monetary Fund, President Joe Biden and the EU were lining up to gloat over the UK’s policy mistakes.

They all hated Brexit.

Yet as those terrifying debt-to-GDP ratios show, many European countries are in a far worse state than us.

The European single currency remains a diabolical mechanism, locking wildly different economies like Germany and Greece into the same exchange rate. The Italian economy hasn’t grown since it joined in 1999.

For years, the European Central Bank has been effectively funding Spanish and Italian budget deficits, by making fiscal transfers to these two countries.

The aim is to stop Italian bond deals from rocketing, and triggering the kind of crisis we saw last week.

Markets are finally waking up to the fact that Italy poses a far bigger risk to the global economy than the UK.

It also faces even greater political uncertainty, following the election of far-right leader Giorgia Meloni and her coalition allies.

France is in a right palaver, with President Macron forcing his budget through the National Assembly without a vote, knowing he would lose one.

So much for democracy.

DON’T MISS:
Now we know who’s really running the UK and it’s not Truss or Hunt [ANALYSIS]
Savers with ISAs urged to act now to get best rates [INSIGHT]
Barnier shuts down Remoaners – UK economic crisis not down to Brexit [REVEAL]

The Conservative party is a broken shell but at least the UK’s constitutional system has allowed a swift policy reversal, with new Chancellor Jeremy Hunt bringing a much-needed dose of realism.

We all have one more reason to be cheerful today. The UK remainsl the world’s fifth-largest economy, whatever its troubles.

That’s not bad for a small island, and it’s going to get better.

France is right behind us in sixth place but our lead is set to widen dramatically, according to the Centre for Economics and Business Research.

Today our economy is 3.6 percent bigger than the French, by 2036 it will be 16 percent larger, thanks in part to our booming tech industry.

Even the Bank of France admits that plans to cut the country’s debt are “insufficient to ensure fiscal sustainability in the long run”.

The UK has woken up to its problems.

France, Italy and the rest have got it all to come. 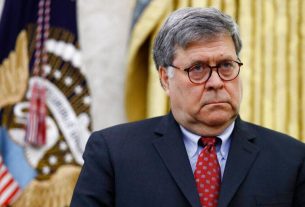 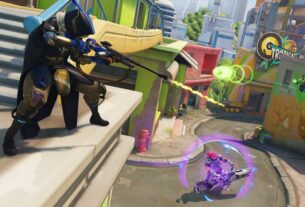 Overwatch 2 tier list: The best heroes to play with | The Sun