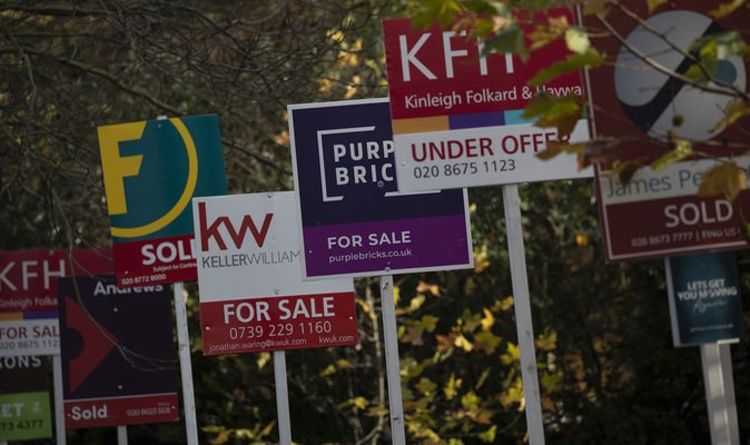 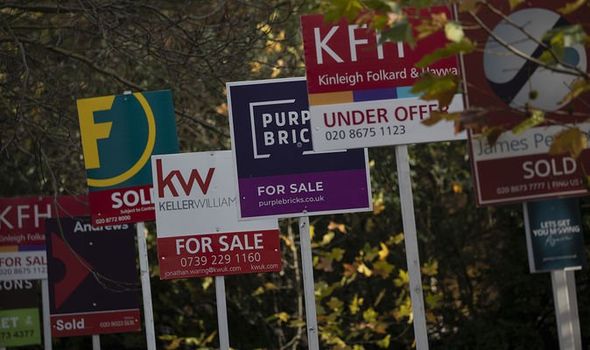 It means they are 11.2 percent above where they stood a year earlier, according to data from Nationwide’s house price index.

Robert Gardner, Nationwide‘s chief economist, confirmed it was “the strongest pace since June last year and the best start to the year for 17 years”.

He explained: “Housing demand has remained robust. Mortgage approvals for house purchases have continued to run slightly above pre-pandemic levels, despite the surge in activity in 2021 as a result of the stamp duty holiday, which encouraged buyers to bring forward their transactions to avoid additional tax.

“Indeed, the total number of property transactions in 2021 was the highest since 2007 and around 25 percent higher than in 2019.

“At the same time, the stock of homes on estate agents’ books has remained extremely low, which is contributing to the continued robust pace of house price growth.”

Nationwide still expects price rises to cool as the Bank of England continues to raise interest rates, which could reach one percent by the summer.

Estate agents welcomed the continuing strength of the market.

Nicky Stevenson, managing director at Fine & Country, said: “While monetary policy will tighten in 2022, this is unlikely to have a significant dampening effect on the housing market any time soon. Most agents around the country are still unable to find enough homes to meet demand.”

Jonathan Hopper, CEO of Garrington Property Finders, said: “January is traditionally a strong month, as many people begin the New Year with ‘move home’ at the top of their resolutions list.

“But last month was a barnstormer as the pandemic-inspired Great Relocation showed no signs of abating.”

Marc von Grundherr, director of Benham and Reeves, added: “It’s hard to remember a time when such bullish market conditions were maintained for such a long period of time.

“However, with inflation starting to put pressure on household finances there is a chance we may soon see this relentless rate of house price appreciation start to slow.”

THE Nationwide house price index for January shows no sign of a slowdown in the very active housing market.

With demand strong and the number of properties for sale low, Yopa expects robust price growth to continue through at least the first half of 2022.

People are still adapting to their post-pandemic lifestyles and spending “accidental savings” made in lockdown.

We do expect demand to start to cool in the second half of the year due to stretched affordability and interest rate rises, but with stock levels so low it is unlikely to lead to a downturn in prices.

Some 1.5 million homes were sold last year, but stocks have been run right down and there simply aren’t enough homes on the market now for that level to be achieved again. 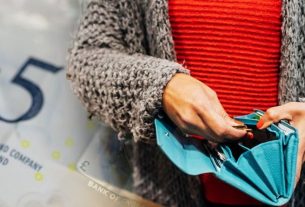 Minimum wage 2021: National Living Wage rules to change in April – will you get pay rise?