Former Hawaii Congresswoman Tulsi Garrard blasted Speaker of the House Nancy Pelosi Friday, after an active duty Marine and the son of freshmen Rep. Claudia Tenney, R-N.Y., was barred from her swearing-in ceremony due to coronavirus restrictions.

Following a close race in New York’s 22nd district, the state’s Supreme Court ruled last week that Tenney was the winner of the 2020 congressional race by 109 votes – pushing her swearing-in ceremony to Thursday.

Tenney had requested that her son, a graduate of the Naval Academy and an active duty Marine, be present for her ceremony, but her request was denied.

“Is it petty partisanship? Vengeance? Or more vilification of our troops? This is not the kind of leadership that will unite our country,” Gabbard said on Twitter Friday in response to the report by Fox News.  “It’s a slap in the face of all servicemembers—including Trey Cleary—who put their lives on the line for our country,” she added, referencing Tenney’s son.

But spokesmen for Pelosi’s office, Drew Hammill, told Fox News prior to Gabbard’s post that coronavirus restrictions are not set by the Speaker — a fact he said the former congresswoman knows.

“As this former Congresswoman well knows, the House Sergeant at Arms and the Attending Physician set COVID restrictions in the Capitol,” Hammill said in response to Gabbard’s tweet. “Politics play no role in these institutional officers’ efforts to protect the safety of Capitol workers, press, staff and Members.”

Tenney, who requested her son be allowed to view her ceremony from the balcony, took issue with the decision and pointed out that lawmakers were allowed to have family members present during their ceremonies held on Jan. 3.

“We just thought it was the least we could ask,” Tenney said on Fox and Friends Friday, adding that her son “waited outside the gallery door.”

“It was nice of him to take time out of his busy job serving our country to come and support me as I got sworn into the House,” she continued.

Hammill explained that the reason other members being sworn in were able to have family members present was that the Attending Physician and the Sergeant at Arms gave a special dispensation for just that day, given the large number of freshmen congressmen traveling with their families.

The gallery is also currently closed to guests and tours, due to strict coronavirus restrictions in place at the Capitol. 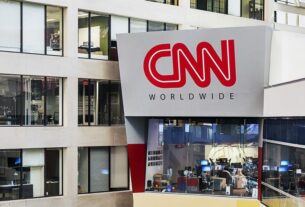 Joe Concha on Chris Cuomo's admission: 'If you are a woman and you appear on that show, shame on you'