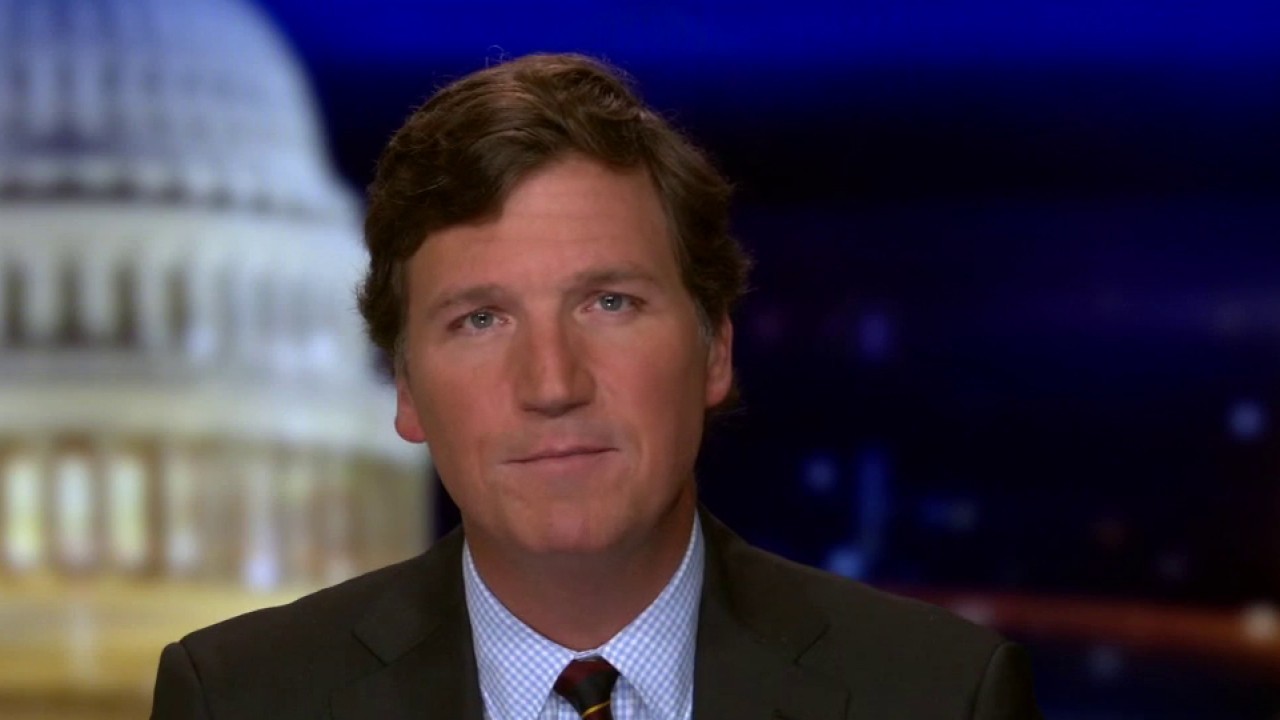 Our capital city is currently under military occupation. By Inauguration Day, there are expected to be more than 26,000 armed federal troops in Washington. No living American has seen a moment like the one we’re watching now.

For comparison, Lyndon Johnson sent a total of 13,600 federal troops and Army National Guardsmen to Washington to quell the race riots that followed the assassination of Martin Luther King Jr. Those riots injured hundreds of people and killed at least 13. In 1864, as the Civil War raged on the other side of the Potomac and Americans died every day in large numbers, there were fewer federal troops protecting Washington, D.C., than there are tonight.

But according to our current leaders, the so-called “insurrection” of Jan. 6 was much worse than any of that. So in response, they have assembled the largest military presence in Washington in all of American history during peacetime. It’s truly a national force, with Guardsmen from every state in the Union as well as Puerto Rico. The question is, why?

For decades, Washington, D.C., had the highest per-capita law enforcement presence in the country and one of the highest in the world. There was no need to fly in troops from Alaska to keep the city safe. But keeping the city safe is hardly the point of this exercise. The murder rate in the District of Columbia has risen with terrifying speed over the last six months. Men, women and children have been shot to death in the streets, but no one in charge seems to care about that or even notice. So no matter what they are telling you, those 26,000 federal troops are not there for your safety.

Instead, unmistakably, the Democratic Party is using those troops to send the rest of us a message about power: “We’re in charge now. We run this nation, from Honolulu to our colony in the Caribbean and everything in between, very much including where you and your family live. Do not question us men with guns. Enforce our decrees. We control the Pentagon.” And indeed, they do.

Republicans have spent years ignoring the leftward drift of our officer corps, but we can’t ignore it now. The mask is off our military leadership. The very same generals who howled at the idea of deploying American troops to stop an invasion of our southern border sent tens of thousands of soldiers with rifles to Washington purely as a show of force on behalf of the political party they support. Once they did that, they allowed Democratic politicians to degrade and politicize the military itself.

Democrats in Congress demanded that the troops sent to Washington this week submit to a political purity test, ideological vetting, as they put it, to make certain that every soldier professed loyalty to the new regime, not loyalty to our country, not loyalty to our Constitution, but loyalty to the aims of a specific political party. Nothing like that has ever happened in America, and just a few months ago, it would have been unimaginable. Suddenly it’s compulsory.

Rep. Steve Cohen, D-Tenn., has even gone so far as to say that every White man in this country is a potential murderer. Every White man in America should be under suspicion, purely on the basis of being White and male, of planning a presidential assassination.

On Nov. 5, 2009, Army Maj. Nidal Hasan opened fire on innocent people at Fort Hood, Texas. He shot 45 people and 13 of them died. When it emerged later that Hasan was an Islamic extremism and the Army had failed to notice his extremism or in any way protect the public from it, no one at the Pentagon was court-martialed. Instead, the rest of us sat through months of lectures about how we had no right to come to broader conclusions about what had happened at Fort Hood. Yes, the shootings were bad, though not — President Barack Obama made this clear at the time — an act of terrorism. But far worse than mass murder, we were told, would be the sin of drawing any connection between Nidal Hasan’s beliefs and the beliefs of anyone else in our country. Nidal Hasan was literally a lone gunman, not a stand-in for all Muslims.

That’s what they told us. And by the way, it’s OK that they told us that. Most Americans are decent people who don’t blame entire groups for the crimes of a few. Bigotry is immoral and so is collective punishment. There is nothing more un-American than that. Collective punishment is now the official policy of the federal government, and it’s enforced by the Pentagon.

In the meantime, you’ve got to wonder about what the Guardsmen themselves think of all of this. Serving in the National Guard is not easy work. Guardsmen aren’t paid much. Some, you’ve got to imagine, are doing it for love of country. Now, they’ve been deployed to their country’s own capital city and they’ve been given orders to shoot their fellow Americans if necessary. That’s a lot to ask.

Now, on top of all of that, they’ve been told that if they were born a certain way, if they’re White and male and therefore evil and dangerous, they themselves are under suspicion of being the enemy. They’re potential killers, assassins, betrayers of a nation.

If you wanted to stoke an irreparable civil conflict, you would talk this way and you would keep talking that way. So where’s the pushback from our defenders? “Tucker Carlson Tonight” didn’t get any calls Monday from Republican senators begging to come on this show to talk about any of this. The Democratic Party is using the military of the United States, which they do not own, as a political weapon. But Republicans in Congress just can’t be bothered to notice that.

You’d also think officers at the Pentagon would be outraged by this, but as far as we know, not a single one has resigned in protest of conducting background checks on people because of their race and sex or their political views. We can’t say we know entirely why, but some clearly agree with all of this, and they’d like to see it accelerate.

“I was Chief Prosecutor at Guantanamo for over 2 years,” a former Air Force colonel called Moe Davis announced on Twitter Monday, “and there’s far more evidence of Congressman Madison Cawthorn’s guilt than there was of guilt for 95+ percent [sic] of the detainees. It is time we start a domestic war on sedition by American terrorists.”

Once again: A career American military officer has called for “a domestic war on sedition by American terrorists”. According to Colonel Moe Davis, 25-year-old, wheelchair-bound Madison Cawthorn, R-N.C. — who was just elected by American voters to the United States Congress — and the millions of Americans who agree with him and voted Republican in November, must be subdued by force.

Has Twitter seen Moe Davis’ tweet? Has the Secret Service? Do they care? Will a single one of Colonel Moe Davis’ many allies in the Democratic Party denounce what he said or even tell him to cool it a little bit?

And what about the news media? Reporters are perpetually on the hunt for what they describe as dangerous extremism. Have they noticed Colonel Moe Davis on Twitter? Probably they have, but of course, they agree with him.

On Monday, The Daily Beast, the home page of our highly credentialed but none-too-bright ruling class, ran a piece with this title: “Can U.S. Spy Agencies Stop White Terror?” Other countries, the story pointed out, have domestic spy agencies to fight extremists at home. So, of course, we need one right away. What the piece does not mention is that those other countries would include China, North Korea, and Kazakhstan. Domestic spy agency is a not-very-subtle euphemism for secret police. That is what they’re calling for.

So how long will this cycle go on? If you’re hoping America will revert to normal on Wednesday afternoon after Joe Biden is sworn in as president, you are an optimist. You probably assumed the quarantines and mandatory face coverings were temporary, too. Something awful has been unleashed on our country. Unchecked, it will inevitably lead to more awful things. Every action provokes a reaction. That is both physics and human nature.

Abraham Lincoln understood this well. In January 1838, Lincoln spoke to an audience in Springfield, Ill., about what happens when a society refuses to punish thugs and vandals. Citizens, Lincoln said, “seeing their property destroyed; their families insulted, and their lives endangered; their persons injured; and seeing nothing in prospect that forebodes a change for the better; become tired of, and disgusted with, a Government that offers them no protection; and are not much averse to a change in which they imagine they have nothing to lose.”

In other words, they become liable to show up at the Capitol building in Viking hats and face paint. You could have scripted what was going to happen on Jan. 6. What we can’t know is what happens next and let’s pray that the people planning a war on American citizens find their reason and their decency and stop talking like that immediately, much less planning to act on it.

Most Americans are good people, even if you hate how they voted. We don’t need a war within our borders. Only the worst people will win that war.

This article is adapted from Tucker Carlson’s opening commentary on the Jan. 18, 2021 edition of “Tucker Carlson Tonight”. 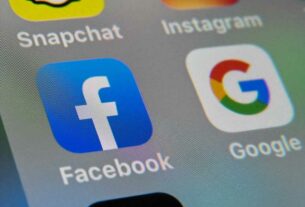 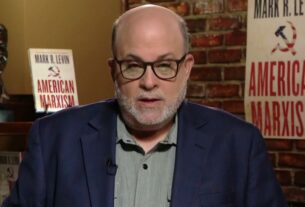 Levin: Don't be fooled, the Squad is nothing more than a 'cabal of Marxists who hate this country' 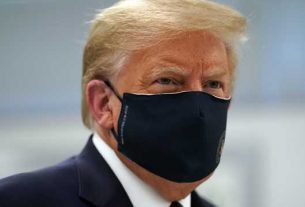