Former President Donald Trump unloaded on the Democratic Party for “waging war” on everything from children to science during a rally in Michigan.

“With their extremist sex and gender ideology, the Democrat Party is waging war on reality, war on science, war on children, war on women,” Trump said Saturday at his rally.

The Biden administration has repeatedly vowed its support for the transgender community, including last week on Transgender Day of Visibility when offices within the Department of Health and Human Services rolled out guidance regarding children struggling with their gender identities. The documents address “top” and “bottom” surgeries, puberty blockers, and hormone therapies. 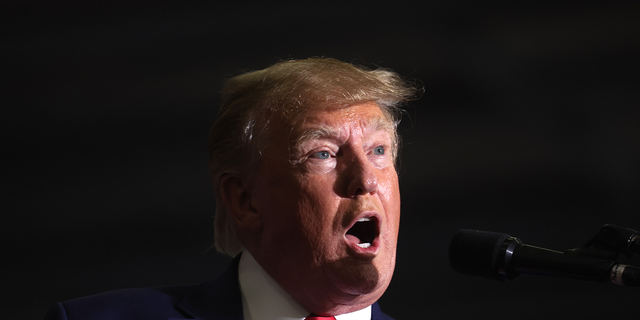 WASHINGTON, MICHIGAN – APRIL 02: Former President Donald Trump speaks at a rally on April 02, 2022 near Washington, Michigan. Trump is in Michigan to promote his America First agenda and voice his support for several Michigan Republican candidates.

Biden also released a video message last week supporting the trans community, saying, “affirming your child’s identity is one of the most powerful things you can do to keep them safe and healthy.”

Trump asked the crowd, “who the hell would have even believed that we’d be talking about this stuff?”

“Can you imagine a child and then they grow up and they say ‘why the hell did you do that to me mom or dad or government?’”

Trump called for a Republican congressman “to stand up for parental rights” and noted he was “proud” to ban critical race theory programs within the federal government when he was in office.

“Joe Biden rescinded that order immediately. But when we retake Congress, Republicans must ban critical race theory in our schools, ban it in our military and ban it in every part of our federal, state, and local governments,” he said.

Trump added that the “Republican Party is now the party of American women and American children, and we will protect women in sports.” 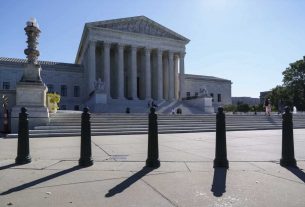