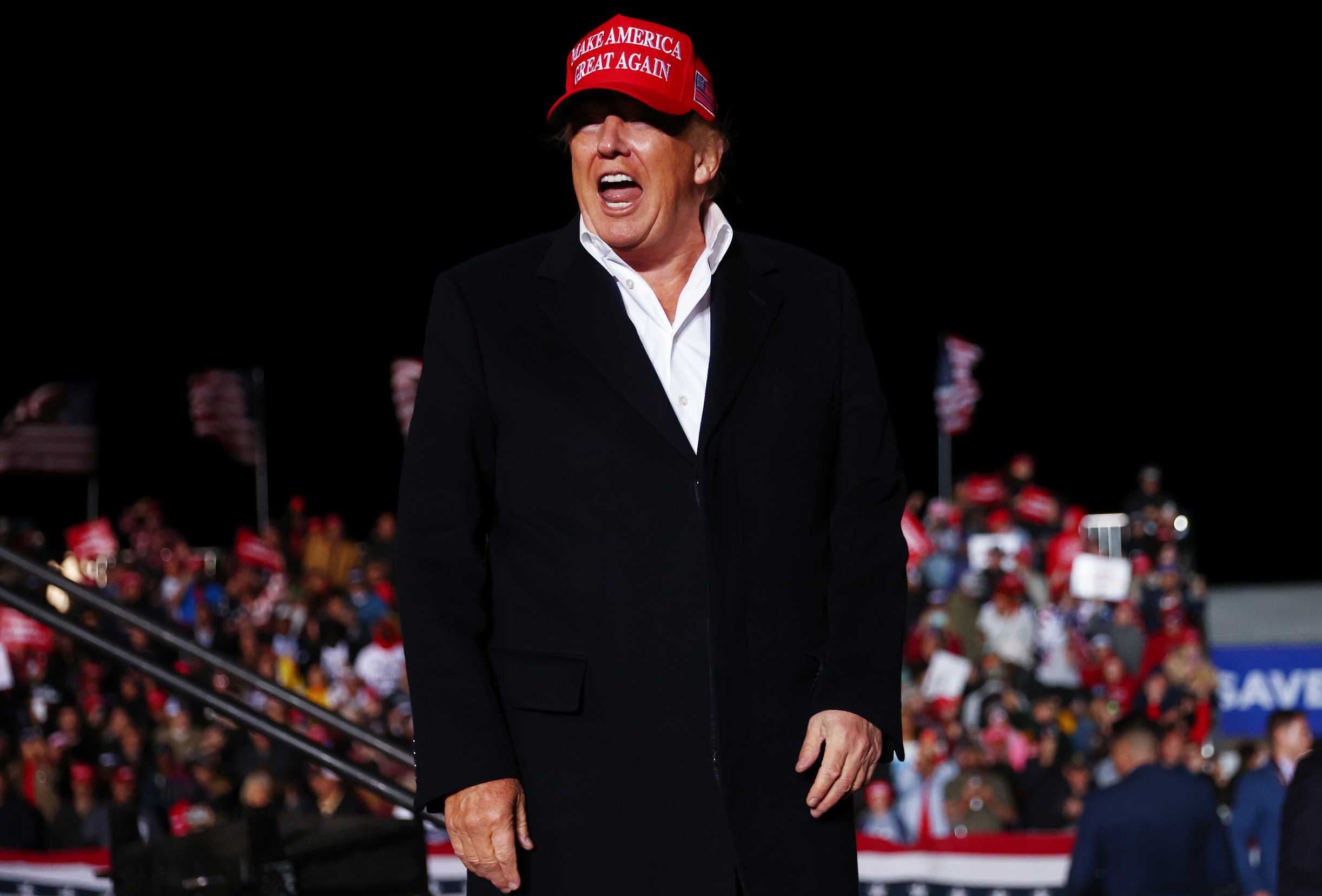 Fresh off a Texas rally appearance during which he wailed that the “2020 election was rigged,” former President Trump said explicitly on Sunday that he wanted former Vice President Mike Pence to “overturn” President Biden’s win.

“Unfortunately, he didn’t exercise that power, he could have overturned the Election!” Trump concluded a statement falsely alleging that “Democrats and RINO Republicans” knew Pence had the right to stop the election certification on Jan. 6 and are now “desperately trying to pass legislation that will not allow the Vice President to change the results of the election.”

The legislation irking Trump pertains to the Electoral Count Act, the 1887 law former Trump lawyer John Eastman claimed was “likely unconstitutional” in his memo laying out a scheme for Pence to block the certification of the election results. The scheme was bogus, and would have required, among other things, for states to have submitted an “alternate slate of electors.” Instead, groups of Trump supporters in seven swing states Biden won submitted forged election documents declaring Trump the winner. These documents are now under federal investigation, and last week the Jan. 6 committee subpoenaed 14 of the Trump supporters involved in the effort.

Sen. Susan Collins (R-Maine), whom Trump bashed as “wacky” in his statement Sunday night, will on Monday begin leading a series of bipartisan discussions about ways to reform the ECA. The goal is reportedly to fortify the spirit of the ECA and close any loopholes that might allow certified votes to be thrown out. “When we see what happened in the insurrection, and we thought this would be the first place we should have started … basically take care of what caused the problem, the attack on our Capitol,” Sen. Joe Manchin (D-W.Va.) said of the effort, according to CNN.

Trump, who lost the 2020 election by 64 Electoral College votes and over seven million total votes, has long attacked Pence for adhering to legal precedent in overseeing the certification of the 2020 election. He’s even defended the Capitol rioters who chanted that they wanted to hang the former vice president as they stormed the Capitol on Jan. 6. “Well, the people were very angry,” Trump told Jonathan Karl of ABC News.

Pence said last week that he and Trump haven’t spoken since last summer.