Toll road giant Transurban has warned investors it will bleed up to $12 million every week that Sydney, Melbourne or Brisbane are in lockdown, and that COVID-19 restrictions will threaten its earnings until the end of this year.

The $39 billion group revealed on Monday that, excluding new roads opened during the year, average daily traffic on its roads across Australia and North America fell 7 per cent in the 12 months to June 30 due to the pandemic, causing a 9 per cent fall in revenue to $2.8 billion. 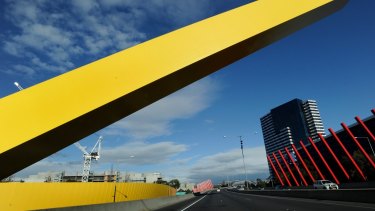 Transurban’s Citylink in Melbourne. The group says lockdowns in Australia’s three largest cities each cost it up to $12 million per week. Credit:Justin McManus

The Berejiklian government’s decision to shut down the construction industry in NSW in the second half of July had an additional impact of $16 million to $18 million by emptying heavy vehicles off Sydney’s roads.

Transurban chief executive Scott Charlton said the company believed lockdowns would cease to be a risk from the end of the year, provided the country’s vaccine rollout stays on course. “Then it will just depend on the interim period, how it impacts our roads as we move through that time frame,” Mr Charlton said.

“The next three to four, five months may be a bit bumpy, but we’re very confident in the long-term nature of these assets.”

Transurban meanwhile confirmed for the first time it believes the cost of building its troubled and heavily delayed $6.7 billion West Gate Tunnel project will blow out by $3.3 billion.

Mr Charlton said he hoped commercial negotiations between Transurban’s partners – builders CPB Contractors and John Holland and the Victorian government – to determine how much each party paid would conclude in a “few months”. If not, the long-running dispute will head to court.

Transurban on Monday reported a full-year statutory profit of $3.27 billion, off the back of its sale of a 50 per cent stake in its US roads to a group of pension funds in December for $3.72 billion.

Without that windfall, Transurban fell to a $287 million loss – deeper into the red than its $153 million loss a year earlier.

As previously announced, Transurban declared a 21.5¢ dividend for the six months to June 30, to be paid on August 23. That is up from 16¢ in the same period last year and brings its full-year distribution to 36.5¢.

Mr Charlton also said on Monday that the company is likely to raise equity if it is successful in its bid for the remaining 49 per cent stake in Sydney’s WestConnex. The company already owns the rest of the road.

Sorry, our Calculator is experiencing technical issues and is currently … 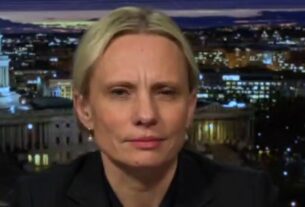