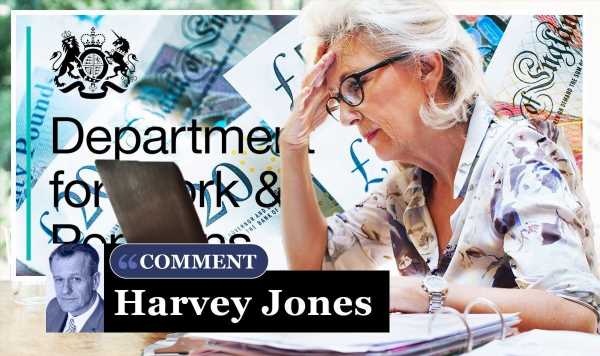 The state pension triple lock may have survived for another year but there was a sting in the tail as Chancellor Jeremy Hunt opened up a new line of attack. Pensioners will lose hundreds of pounds a year starting now.

In the autumn statement, Hunt froze the personal allowance, the point at which people start paying income tax, for another two years.

When Chancellor, Rishi Sunak had previously frozen it at £12,570 a year until April 2026, in a move that will drag more workers into the income tax net as wages rise every year.

Now Hunt has extended that until 2028.

This will also hit pensioners whose total income exceeds the personal allowance, once workplace and personal pensions are added, plus any earnings they may have.

The poorest pensioners may escape for now, as both the old and the new state pension currently pay nowhere near £12,570 a year. However, as I recently warned, that may soon change. By 2028, the maximum new state pension could actually exceed the personal allowance.

That would put pensioners in a ridiculous situation where they receive their state pension then hand a chunk of it straight back to HM Revenue & Customs.

Yet there is a more immediate risk, and Express.co.uk readers are alert to it.

More will start paying hundreds of pounds in extra income tax from this year, as a result of Sunak and Hunt’s freeze.

This is not a problem tomorrow, it’s happening today, as reader Vinny781 pointed out when commenting under a recent pensions article.

Vinny781 said next year’s pension increases will be “pretty well negated by the rise in income tax”, leaving him little or no better off.

Another reader, ILOVEUK2, said the 10.1 percent triple lock inflation hike “looks good on the surface” but it will take many people with a small works pension over the personal allowance.

They will hand over 20 percent of any pay rises in tax, worsening the cost of living crisis. ILOVEUK2 said: “It’s the same old story of give with one hand take back with the other, and always those with the least suffer the most.

“The personal allowance of £12,570 is a joke in the current financial situation, with the threat of £3,000 energy bills.”

Another reader, Sman, took time out to calculate the impact on pensioners who are by no means rich.

Sman said freezing the personal allowance to 2028 “is a ticking timebomb for those trying to manage their essential budgets”.

He argued that the personal allowance should also have increased by 10.1 percent in line with inflation, lifting it to £13,839.57p.

That is far from the end of it, Sman added, with inflation expected to stay high. “The loss of your personal allowance is a hell of a lot worse as each passing year, due to the compounding effect.”

Every year this continues, and millions will pay thousands of pounds in total extra tax. It will hit both pensioners and workers below the retirement age. “This could be one of the most costly and disgraceful tax increases which does cause severe hardship for those on low incomes,” Sman warned.

I’d like to thank Sman for his work in highlighting the danger facing Britons as Hunt’s tax-freeze does its dirty work of squeezing them by stealth. 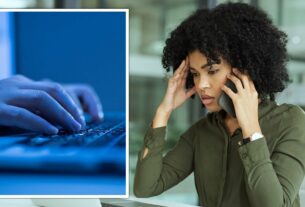 As an Indigenous student, there are several options available to help you …

Digital literacy in education encompasses so much more…