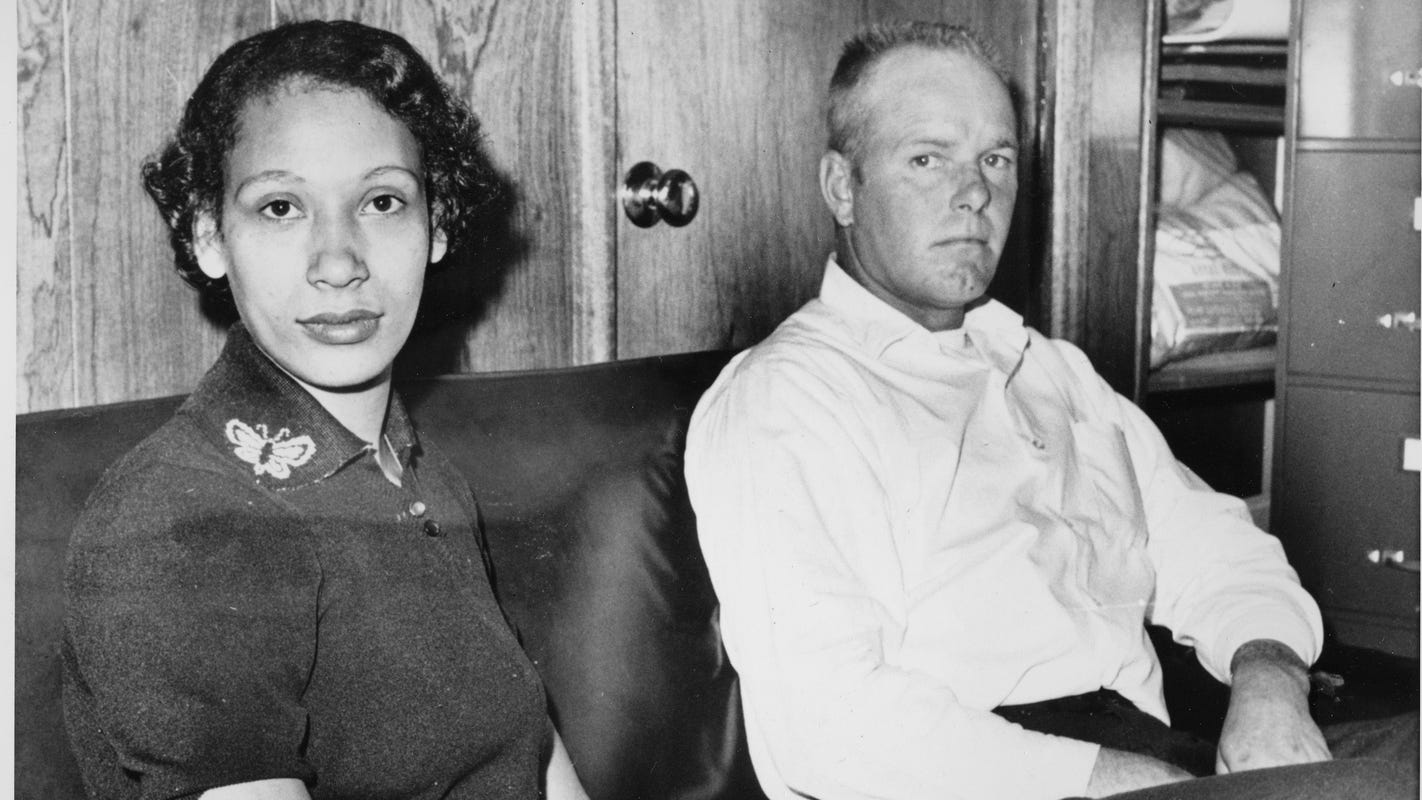 Love is blind, they say, and maybe it is a little.

My husband, Dan, doesn’t really seem to notice or care when my hair is a mess or I’m wearing my shabbiest (but oh-so-comfortable) sweatshirt. He averts his eyes when I leave dishes in the sink, gently teases if I leave books everywhere.

He’s not alone. I shrug when he leaves doors open, chuckle to myself when he absently wears his shirt inside-out.

But my husband never pretends he doesn’t see my race or that it doesn’t matter. He is white, and I am Black.

Hi, there, I’m Felecia Wellington Radel, engagement editor, focusing on diversity, equity and inclusion at USA TODAY, and I’d like to welcome you to this week’s “This Is America,” a newsletter about race, identity and how they shape our lives.

Who were the Loving couple?

Our marriage was made possible in part by a 1967 Supreme Court decision — Loving v. Virginia — and the couple at the center of the case, Richard and Mildred Loving, a white man and Black woman.

The court’s ruling struck down bans against interracial marriage in 16 states. The state I live in wasn’t one that had anti-interracial marriage laws, but the landmark case has protected our right to marry and the freedom to travel and live anywhere in the nation.

Now, Loving Day is celebrated on June 12, the anniversary of the historic court decision.

And interracial or interethnic marriages are becoming more common. About 13% of millennials are married to someone who is a different racial or ethnic background, according to Pew Research Center.

Not shying away from race

My husband is a college professor for both history and journalism, as well as a newspaper journalist. Through friendship, dating, then eventually marriage and becoming parents, we’ve always had deep conversations.

Marriage is, perhaps unsurprisingly, composed of a lot of conversation and compromise. It’s also a lot of closing doors and turning off lights, but I digress.

The educational intimacies of marriage don’t stop when the wedding is over, yet continues throughout the journey together. Winding your life with someone else and adding a family to it means being able to talk, to support each other and to know you’re being seen and heard.

And tackling tough subjects is important, but it doesn’t stop at talking about finances or future plans. We must talk about race, what it means to us and also what we are experiencing. But it isn’t just the overt examples of discrimination, like the time I was called the “N-word” in front of him during a road rage incident when the driver of another car took his frustration out on me, even though I wasn’t even driving.

We talk about microaggressions, history, politics, social justice. When it comes to our children, we talk about not only safety and prejudice but also the very concept of race, the legacies and lore, the triumphs and tragedies. Where many become uncomfortable in conversations about racism and race, we openly discuss it all the time, no blinking.

Dan doesn’t center himself in narratives that aren’t his, he doesn’t perform anti-racism. He researches, asks, learns and teaches. He makes sure my voice, and those of others, are being heard.

He knows I am Black. He knows it’s part of who I am, that I’m proud of my Blackness, that me speaking my truth is important.

I know he’s white. I know his dreams, his background, his successes. I didn’t assume he wouldn’t understand me or my culture.

I wasn’t sure how some difficult conversations would go at first, how his family might react, how we would approach raising biracial children.  As the world around us has changed over our years together, so too have the challenges we face. We discuss all of it, learn from each other, understand each other, see each other.

Not “seeing color” means ignoring a part of someone’s culture, heritage, beauty. They live with their color all day, live with meanings assigned to their race or ethnicity — positive and negative. Having an option to be blind to it is a social privilege not all can attain.

And most importantly, my husband doesn’t fetishize Blackness either. I am not a token, some Black culture trophy.

Only seeing a person’s color — often a declaration riddled with stereotypes (e.g. “I only date Black women,” “I love rap music”) is no compliment either. Doing so is blindness to that person’s individuality.

I see him, an ally, hero of a husband and fantastic father. He sees me and none of the prejudice or politics, just the magic.

This is America is a weekly take on current events from a rotating panel of USA TODAY Network journalists with diverse backgrounds and viewpoints. If you’re seeing this newsletter online or someone forwarded it to you, you can subscribe here. If you have feedback for us, we’d love for you to drop it here.

The Persian Gulf is an arm of the Arabian Sea between … 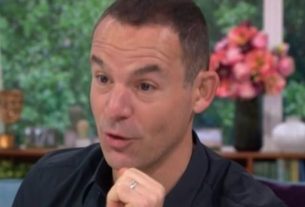 Martin Lewis issues urgent warning on SEISS deadline – ‘get your skates on!’