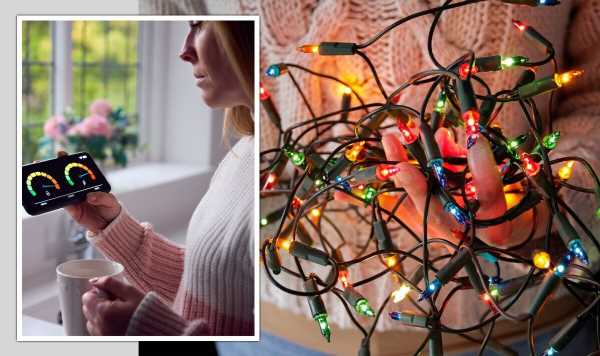 GMB: Martin Lewis on how much it is to run Xmas tree lights

This Christmas is like no other for many people who are so worried about their energy bills that they are wondering whether to even switch their Christmas lights on. The cost of living crisis is forcing people to take drastic measures to reduce their energy consumption as one in four people say they will not be putting their central heating on this year.

Others have been wondering whether it’s worth switching on the Christmas lights because they don’t want to add to their energy bills this winter.

Money Saving Expert founder Martin Lewis said a string of 100 LED lights only cost around 18 pence a month to run (based on six hours every day) earlier this week.

However, using the wrong Christmas lights could cost people much more, lighting experts at CGC Interiors have warned.

Using incandescent bulbs could cost up to £41.54 per month when used for about eight hours every day according to the lighting experts, but switching to LED could help reduce this cost to £13.82.

A spokesperson for CGC Interiors, said: “Older lighting will once again be a problem for many people this winter, with incandescent bulbs costing roughly £41.54 per month when used for about eight hours every day.

“By switching to LED, you may reduce this cost to £13.82. This is still a considerable increase on your usual bills but you won’t take as much of a hit then if you were to use anything else.

“We understand that while many out there may be considering what they can do to keep costs down, we know that for many homes out there, decorating outside their house can be such a special time for the family and can give such joy and Christmas excitement for your neighbours who are walking by.”

Earlier this week, Martin Lewis said it was even less on Good Morning Britain – saying the cost would be around 18 pence per month to run LED lights for an average of six hours per day.

Presenter Susanna Reid said: “Talking of Christmas – Martin one of the questions that you get asked a lot – is ‘how much does it cost to run your Christmas lights?’

CGC Interiors has four tips to keep the cost of Christmas lights as low as possible this festive season:

Plan Ahead – “Make a note of each Christmas lighting decoration that you are planning on putting up this Christmas and assess if you can leave any that aren’t necessary and get the most out of fewer sets of lights and decorations.”

Can They Be LED? – “While there is a possibility that not every decoration can be made to LED and also perhaps you can’t afford to purchase new LED versions, using LED bulbs could save you considerable amounts in the future and over the Christmas period.

Use Plug-In Timers Or Set Alarms – Before the energy crisis, many homes wouldn’t consider timers to be as vital as they are now as the cost would not differ so exponentially. However, it could make a considerable difference to your bills this festive season.

Consider Battery-Operated Lights – While this may not be possible for all of the lights in your home, using battery-operated lights for some of your decorations could be highly cost-saving as you just have to purchase the batteries and not worry about any considerable increases in your energy bill.

Meanwhile, there are five energy bill support schemes and grants people could claim to help with their energy bills: 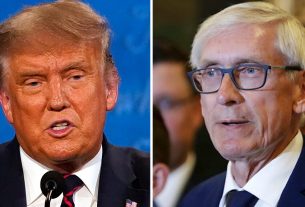