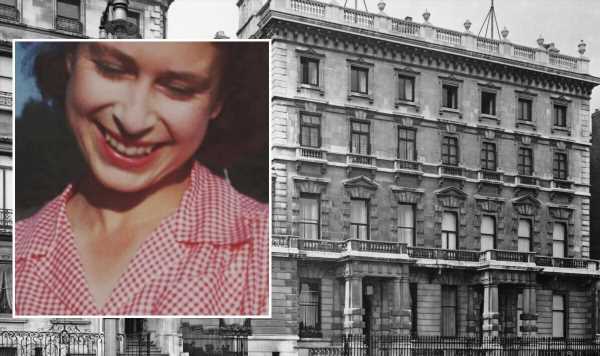 The Queen, 96, was born in 1926 and grew up alongside her younger sister Princess Margaret, who sadly died in 2002, aged 71. When the Princesses became children of the King, they moved into Buckingham Palace in 1936. But where did they live before this?

At the time of Elizabeth’s birth King George V, Elizabeth and Margaret’s grandfather was on the throne.

As a child during this period, the Queen (then Princess Elizabeth) lived at 145 Piccadilly with Princess Margaret and their parents, the Duke and Duchess of York.

At the time of Elizabeth’s childhood, it boasted a ballroom, a library and twenty-five bedrooms.

It also held two nurseries for the young Princesses.

Photos that were taken inside the royal home both during and after they lived there have shared a peek inside the night and day nursery, both of which were decorated with red carpets.

Located on the top floor, the night nursery featured a fireplace with a mirror resting on top and a large window on the back wall.

Furniture-wise, a wooden cot was positioned to one side with a large armchair next to it.

There was also a dressing table with a mirror sitting in front of the window and a chest of drawers that offered space for the future Queen’s clothes.

The day nursery also featured a grand fireplace and patterned armchairs, as well as a wooden table and chairs and a tall dresser with glass cupboards displaying ornaments and toys.

In the book, the author said: “It was filled with toys and curios from all over the British Empire.

“Many of them gifts from Queen Mary.”

She said it “did not embrace the fashionable designs of the 1920s”.

Instead, it “featured chintz-covered armchairs and a Persian carpet, while windows looked onto the garden”.

“The ground floor was also home to her father’s study and a dining room that could accommodate thirty guests, while the first floor housed her mother’s bedroom and boudoir.”

Ms Fiorito said on the podcast: “One of the things I love learning about was the Queen and her formative years. She lived in a palace with a number and no name.”

Ms Bowie added: “It was called 145 Piccadilly, and it’s the place where they grew up, and it was very much low security, which is just so crazy to imagine now.

After her father King George VI took the throne in 1936, the family took up residence at Buckingham Palace. Their former home, 145 Piccadilly, was put on the market for rental.

Luckily, the royals were not at the property in December 1940 when the home was badly damaged by World War Two bombs. 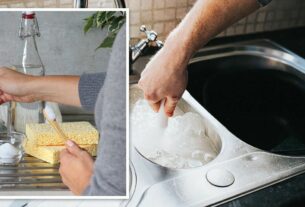 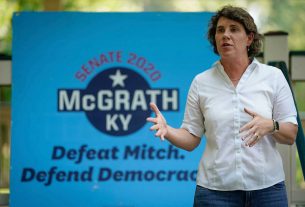