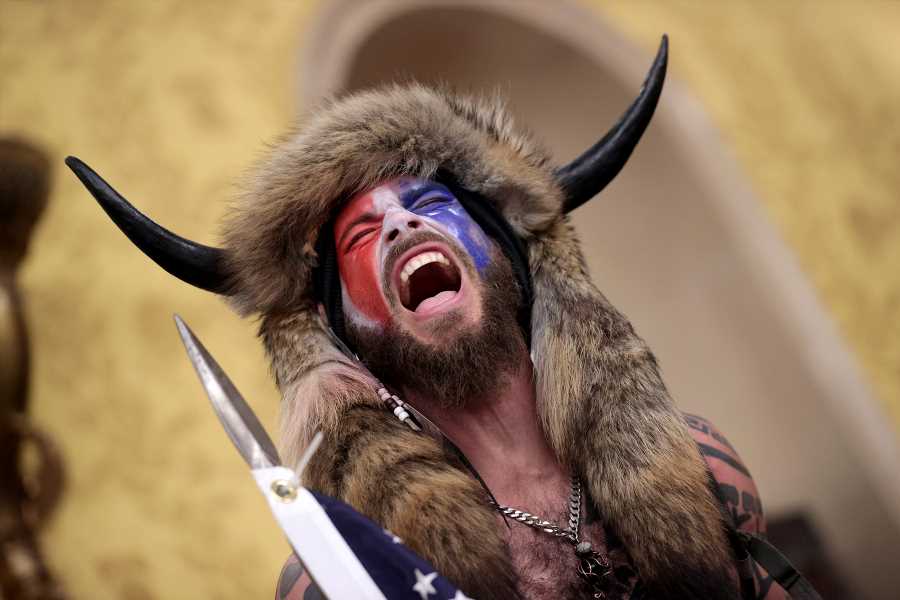 Nearly 700 people have been charged for their role in the Jan. 6 riot at the U.S Capitol. The most visible among them may be Jacob Chansley, also known as the “QAnon Shaman.”

Chansley became known prior to the insurrection for the tattoos, coonskin cap, and viking horns he sported to conspiracy theory rallies. He was in full regalia when he broke into the Capitol on Jan. 6, making his way into the Senate chamber where he was photographed famously. Federal prosecutors want to make him pay. In a sentencing memo filed late Tuesday night, they recommended Chansley serve 51 months in prison for his role in the attack.

Prosecutors cited how Chansley became the “face” of the Capitol riot, that he was one of the first to enter the building, and that once inside he played the role of ring leader. “The defendant was among the first 30 rioters to penetrate the U.S. Capitol building,” the filing read. “The defendant then stalked the hallowed halls of the building, riling up other members of the mob with his screaming obscenities about our nation’s lawmakers, and flouting the ‘opportunity’ to rid our government of those he has long considered to be traitors.”

Chansley is one of three Capitol rioters who has faced a felony sentence. Prosecutors recommended 18 months for Paul Hodgkins before he was sentenced to serve eight months. They recommended 44 for Scott Fairlamb, who is scheduled to be sentenced Wednesday. The stiff recommendation for Chansley, prosecutors say, is due factors like his failure to comply with officers inside the Capitol, the fact that he was carrying a spear, and the absence of any contrition following the attack. “Chansley showed no remorse in the days after the event, gloating to NBC News that the actions of the rioters that day sent our nation’s law makers into hiding, with gas masks, retreating into their underground bunker,” the filing read.

Chansley pleaded guilty to a felony obstruction charge in September, with his lawyer Al Watkins noting that his client was trying “to step away and distance himself” from the “vortex” of QAnon. “The path charted by Mr. Chansley since January 6 has been a process, one which has involved pain, depression, solitary confinement, introspection, recognition of mental health vulnerabilities, and a coming to grips with the need for more self-work,” Watkins added.

Watkins is now trying to claim that the 10 months Chansley has already served since his arrest in January is punishment enough, citing Chansley’s mental health and quoting Forrest Gump in a request for leniency filed Tuesday. “‘My momma always said, you’ve got to put the past behind you before you can move on.’ —Forest Gump,” Watkins wrote, misspelling the title of the 1994 Best Picture winner. 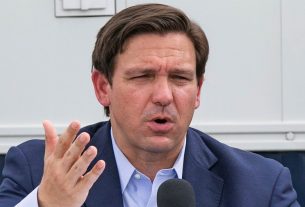 A shortage, in economic terms, is a condition where the quantity demanded is greater …