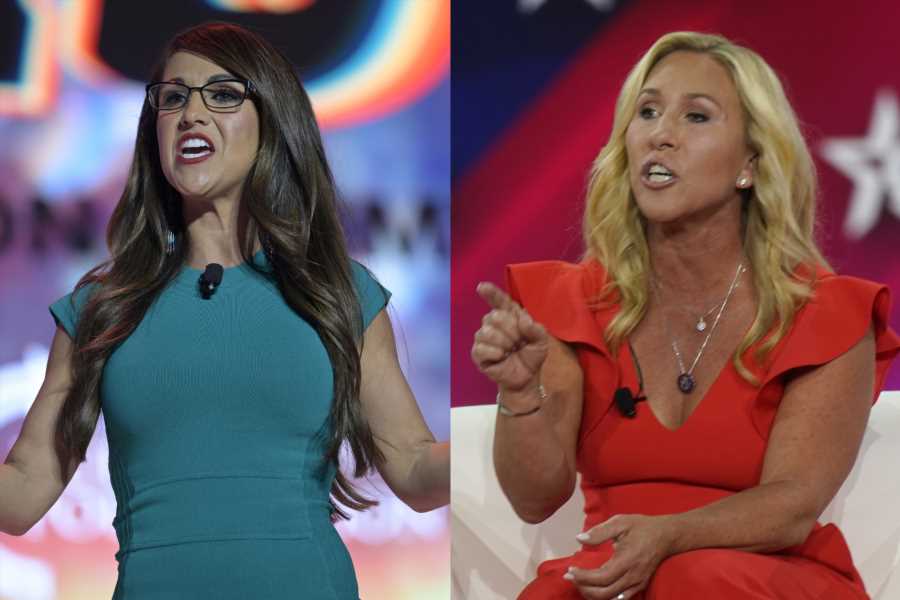 After years of defending the continued militarization of law enforcement agencies across the United States, Republican lawmakers appeared to have a change of heart Monday after learning the FBI executed a search at the Florida estate of former President Donald Trump. Faced with the possibility that the “good guys” might not be on their side after all, prominent members of party that made backing the blue a central tenet of its political platform in recent years began spouting rhetoric that suspiciously mirrored many of the talking points of Conservatives’ most feared bogeyman: antifa.

“The GOP majority must defund all forms of tyranny throughout Biden’s government,” prominent right-wing figurehead Rep. Lauren Boebert (R-Colo.) wrote on Twitter, tagging the official FBI account. She later added: “Weaponizing the FBI to raid President Trump’s home makes Watergate look like nothing.” Rep. Paul Gosar (R-Ariz.), meanwhile, embraced the GOP’s favored doomsday approach. “We must destroy the FBI,” he tweeted. “We must save America.”

As the primary law enforcement agency of the United States government whose self-described mission is “to uphold the rule of law,” the Department of Justice and its associated agencies are essentially America’s police force. Any efforts to defund or dismantle these agencies would, in essence, be no different than liberal activists’ calls to reduce or restructure funding for local police forces — a concept Trump regularly used as a scare tactic to push voters away from Democrats throughout his political career. Yet, as is to be expected, irony is an art that remains lost on the most fervent of right-wing Republicans.

But no voice in the “defund the DOJ” crowd was louder than that of professional conspiracy theorist and devoted Trump sycophant Rep. Marjorie Taylor Greene (R-Ga.), who spent most of Monday evening having a public meltdown on Twitter, calling for the impeachment of President Joe Biden, accusing Democrats of “radicalizing our federal law enforcement to take political enemies out,” and posting an image of an upside-down American flag followed by an all-caps rallying cry: “DEFUND THE FBI!”

Greene later appeared on Real America’s Voice, calling the Mar-a-Lago raid “the path that leads to direct and intense communism” and doubled down on her Twitter comments suggesting the DOJ’s move was politically motivated. “What we should be asking the Department of Justice is, ‘When are you going to stop this political persecution?’” the Georgia congresswoman said. “If they won’t stop this ridiculous witch hunt on President Trump and his former administration and staff and supporters, then what has to happen is, in a Republican majority, we have to defund and make cuts in the Department of Justice. And we can do that in how many employees they’re allowed to have. We can say that funds can only go towards, like prosecution of sex trafficking or human trafficking or drugs coming across our state lines — different crimes like that, serious crimes — and then completely cut out of their budget the ability to persecute Republicans.”

Minority Leader Rep. Kevin McCarthy (R-Calif.), however, stayed silent on the issue of defunding the DOJ, instead issuing a veiled threat to United States Attorney General Merrick Garland. “The Department of Justice has reached an intolerable state of weaponized politicization,” McCarthy wrote on Twitter. “Attorney General Garland, preserve your documents and clear your calendar.” Other Republican politicians blasted Democrats for encouraging the so-called politicization of the DOJ and likened the search to actions of third-world dictators, but stayed clear of any calls for dismantling federal agencies. Still, even before Monday’s raid, the concept of defunding federal law enforcement was fresh on the minds of the GOP as Rep. Andy Biggs (R-Ariz.) discussed using the Holman Rule to defund the FBI and the DOJ during an appearance at last weekend’s Conservative Political Action Conference.

Republicans’ reaction to the Mar-a-Lago search echoed the evening of insanity that played out on Fox News, where members of Trump’s family painted the former president as a persecuted martyr for the Conservative cause. On right-wing forums and websites, the discussion of the day’s events took a predictably more radical turn, with Trump supporters vowing retribution and violence for the act against their beloved ex-leader. On social media, right-wingers claimed “thousands” of supporters were descending upon Palm Beach to show their support for the embattled former president. But, as Monday night drew to a close, the only IRL response from members of the MAGA community was a pitiful gathering of protestors waving Trump flags and blasting generic America-first anthems from stars and striped-adorned pickup trucks — a fitting tribute for a man who, somehow, continues to tarnish his already sullen single-term presidency. 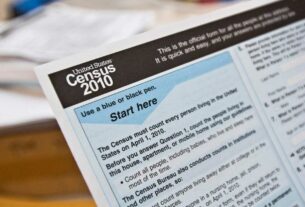 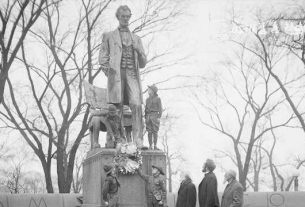 Chicago reviewing statues of Lincoln, Washington, other US icons for possible 'action'