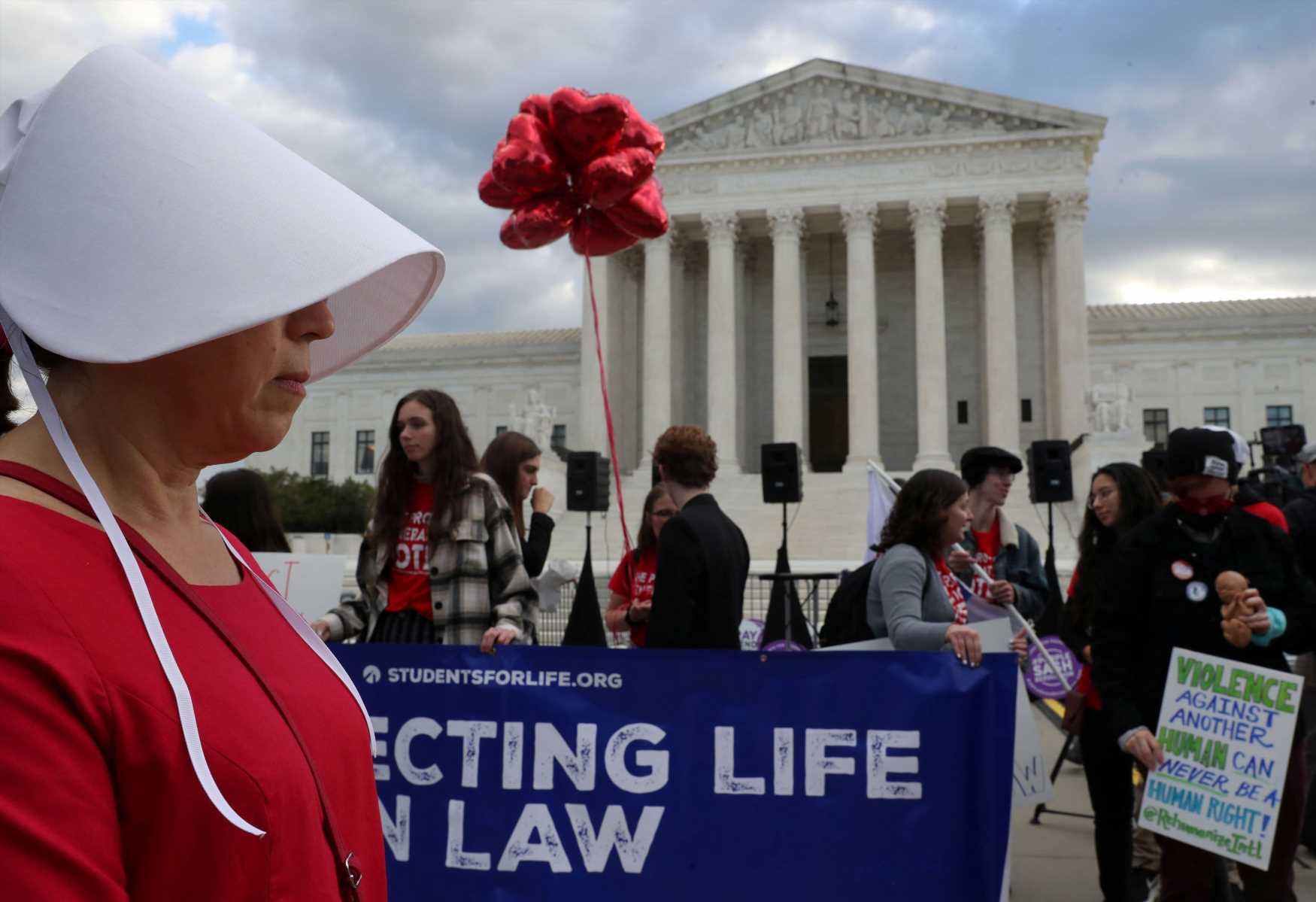 The Supreme Court on Monday grappled with questions about the "unprecedented" structure of a Texas law that empowers private citizens to enforce a ban on most abortions after as early as six weeks of pregnancy.

In oral arguments for lawsuits brought by the Biden administration and abortion providers that had been fast-tracked to the high court, some of the justices who had previously rejected a bid to block the Texas law signaled they were concerned about the way it was written.

Justice Amy Coney Barrett asked if the constitutional questions posed by the law can ever be "fully aired" due its structure and legislative text.

The arguments Monday were not about whether the Texas law violated Roe v. Wade and Planned Parenthood v. Casey, the longstanding court rulings that bar states from banning abortion before fetal viability. Rather, the justices considered the issue whether the abortion providers and advocates in Texas and the Department of Justice have the ability to challenge the law in court.

The petitioners both accused the Texas law, S.B. 8, of being designed to thwart attempts to challenge its legality by delegating enforcement away from state officials and into the hands of private citizens, who are empowered to sue, for at least $10,000, anyone who "aids or abets" an abortion.

"To allow Texas' scheme to stand would provide a roadmap for other states to abrogate any decision of this court with which they disagree," said Center for Reproductive Rights attorney Marc Hearron, who argued that the lawsuits challenging the abortion ban should be allowed to go forward.

S.B. 8 was signed by Republican Gov. Greg Abbott in May, and it went into effect in September. It bans nearly all abortions in Texas by outlawing the procedure after the detection of a fetal heartbeat, a point at which most women are still not aware that they are pregnant. The law contains an exemption for medical emergencies but none for pregnancies resulting from rape or incest.

The law's defenders argued that since the abortion law is not enforced by the state, they are not the ones who should defend it in court.

"The state has passed a law that gives them the option to sue and then it has washed its hands of the matter," argued Jonathan Mitchell, who is described as the architect of the Texas law.

During the arguments of Texas Solicitor General Judd Stone, Kagan appeared openly hostile to the law, saying the entire purpose of S.B. 8 was "to find the chink in the armor" of court precedent regarding judicial review.

"The fact that, after oh these many years, some geniuses came up with a way to evade [that precedent, and] the even broader principle that states are not to nullify federal constitutional rights, and to say 'Oh, we've never seen this before so we can't do anything about it' … I guess I just don't understand the argument," Kagan said.

It is unclear when the court will issue its decision. The justices agreed to hear both the DOJ's and the abortion providers' lawsuits on an expedited basis, while leaving S.B. 8 in effect in Texas. But the novel questions posed by the law may not yield an expedited ruling.

The justices on Dec. 1 are set to hear arguments in another case, Dobbs v. Jackson Women's Health Organization, taking direct aim at Roe and Casey, the rulings that have upheld abortion rights for decades.

This is developing news. Please check back for updates.

This act, signed into law by President Lyndon Johnson on J…

Abraham Lincoln delivered his second inaugural address on Ma, during his …