The alternative was to give millions of pensioners a pay rise of more than eight percent, and Sunak decided that was more than the cash-strapped Treasury could afford. As inflation skyrockets, he faces an even bigger bill this year.

In my view, Sunak will be forced to scrap the triple lock again. The alternative could be giving pensioners a double-digit pay rise.

If I’m right, this will be yet another massive blow for 12.4 million state pensioners, who are already reeling from his decision to axe the State Pension uplift for the 2022/23 tax year.

Under the triple lock, introduced in 2010, pensioners are supposed to get an increase in line with inflation, earnings or 2.5 percent, whichever is higher.

Sunak suspended the earnings element of the triple lock, as the Department for Work & Pensions claimed the figure for wage growth was “skewed and distorted” by the sharp rebound in pay after pandemic lockdowns eased.

His decision will cost state pensioners almost £500 each over the next year, and every year after.

That was controversial enough at the time, but looks even worse as inflation goes through the roof.

From April 6, state pensioners will get a pay rise of 3.1 percent. By then, the Bank of England reckons consumer price inflation will be 7.25 percent.

This means in real terms pensioners are getting a whopping pay cut.

The Bank of England made that inflation prediction before the Russian invasion of Ukraine, which is set to drive energy prices even higher. There is a growing consensus that inflation will now top 10 percent.

I fear that giving state pensioners a double-digit pension pay rise would be too much for Sunak to stomach.

The UK already spends more than £100 billion a year on the State Pension, so implementing the triple lock could cost the Treasury an incredible £10 billion on top of that.

Money is already tight, especially as the UK must boost the military to defend itself against the nightmarish aggression of Vladimir Putin’s foreign policy.

This is purely speculation on my part. I may be wrong and I hope so. The Chancellor may decide axing the triple lock twice is politically indefensible, as the cost of living rages out of control.

If I am wrong, I apologise for causing alarm.

But I am seriously worried.

Millions of pensioners have no other source of income aside from the State Pension.

They were struggling even before this year’s inflation shock, and their lives are only going to get harder.

DON’T MISS:
Pensioners missing out on Pension Credit and free TV licence [REVEAL]
State pensioners set for nasty shock – you may not get full amount [GUIDE]
Pensioners could get up to £300 for heating bills [ANALYSIS]

I have no idea how pensioners are going to withstand that, aside from turning the heating off altogether and piling on the blankets, which is no way to live.

If power-crazed Putin cuts off oil and gas supplies to Europe, or if we embargo Russian energy ourselves, the sky will be the limit for inflation.

When the triple lock was introduced nobody expected wages to jump by more than 8%, and inflation by more than 10%.

That’s the crazy world we live in today.

The triple lock is now living on borrowed time.

Again, I hope I’m wrong. It has helped drag millions of pensioners out of poverty. Scrapping it could slam them straight back into it, at the worst possible time. 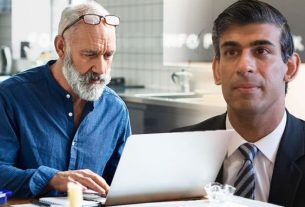 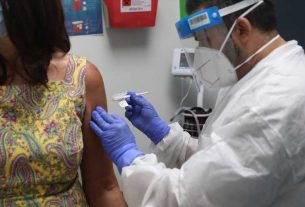 In the physical sciences, subatomic particles are smaller than atoms…