The triple lock was put under threat recently, after the increase mechanism was temporarily frozen. Typically, the triple lock ensures the state pension increases by the highest of inflation, average earnings, or 2.5 percent.

However, this principle was scrapped this year as earnings data was warped due to the pandemic.

It meant Britons only secured a 3.1 percent rise in line with inflation in September 2021.

Despite this being a temporary measure, there are fears for the future of the triple lock.

This was communicated by one pension expert, who explained potential shifts in Government policy.

Fiona Tait, Technical Director at Intelligent Pensions, said: “The current triple lock is already under scrutiny and the earnings element was famously ‘suspended’ for this year.

“To be fair, the latter was more to do with the odd earnings patterns created by the pandemic.

“However the lock was originally put in place at a time when it was generally accepted that pensioners’ income was not keeping up with that of younger people.”

With this in mind, there could be a changing approach to how the state pension is administered going forward.

The expert added when writing in the Actuarial Post: “We are now in a position where ‘inter-generational fairness’ is higher up the agenda.

“It wouldn’t be much of a surprise if the lock is amended or replaced after the next parliament.”

Indeed, others have also questioned the potential for the triple lock in future.

Steven Cameron, Pensions Director at Aegon, added: “We now have confirmation the triple lock will be reinstated next year.

“But it is still to be seen if the commitment will survive in future years, particularly if earnings and price inflation remain volatile and unpredictable.”

While the state pension has this year increased by 3.1 percent, Britons will have to reckon with inflation which is already at 6.2 percent.

Inflation is also set to rise higher later in the year, but this could end up having an ameliorative impact on the state pension.

The Chancellor Rishi Sunak has confirmed the reinstation of the triple lock will rise by “whatever the estimated CPI is in September”.

At present, inflation is expected to soar above seven percent by September 2022.

It could therefore secure a bumper increase for state pensioners come next year.

Commenting on the triple lock, a DWP spokesperson previously told Express.co.uk: “We recognise the pressures people are facing with the cost of living, which is why we’re providing support worth £21 billion this financial year and next to help.

“This includes supporting over 11 million pensioners with their energy bills through our Winter Fuel Payments, freezing fuel duties to keep costs down and helping households through our £9.1 billion Energy Bills Rebate.

“The one-year move to temporarily suspend the triple lock ensures fairness for both pensioners and taxpayers.

“The full yearly amount of the basic state pension is over £2,300 higher than in 2010 and we continue to encourage those eligible for Pension Credit, and the wide range of other benefits it can provide, to make a claim.” 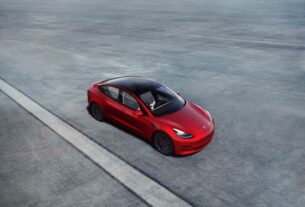