Thousands of people reaching state pension age have been made to wait for their first payment, leading to questions over the work of the DWP as the issue remains unresolved. Stephen Timms, chair of the Work and Pensions select committee, expressed his concern over the backlog.

Mr Timms confirmed that the issue would be raised with ministers, saying: “There are clearly serious questions to ask about the way the DWP administers the state pension.”

The backlog has meant that many pensioners are missing out on up to £179.60 per week whilst they wait for their first payment, leaving them out of pocket after reaching the state pension age of 66, with the payment due to be paid monthly in arrears.

In many cases, people who are waiting for their money did apply in plenty of time, but are still left waiting. The Government has blamed the COVID-19 pandemic for these issues.

This problem comes at a bad time for the DWP, who are already facing criticism over separate underpayments of the state pension which were recently discovered and stretch back decades.

More than £1billion of pensions are believed to have not been paid due to repeated human errors, according to the National Audit Office (NAO).

An estimated 134,000 pensioners, mostly women, were underpaid pensions because of errors caused by obsolete computer systems, sparking a scandal as retirees fumed over their lost income.

Speaking on the combination of DWP controversies, Mr Timms said: “Only last week we learned that the department has underpaid pensioners by more than £1billion, because its systems were not good enough to pick up the mistakes.

“Now, pensioners are having to wait weeks for payments on which many of them will be relying. The committee will be raising this with ministers when Parliament returns.”

A spokesman from the DWP said: “We are sorry that some new state pension customers have faced delays receiving payment.

“All those affected have been identified and we have deployed extra resources to process these as a priority. Any claims made today should not be subject to delay.”

DON’T MISS
State pension set to rise by more than £300 next year – how much will you get? [INSIGHT]
PIP payments: DWP confirms cash will go to next of kins where deceased claimants miss out [ALERT]
DWP update: Thousands could be entitled to Employment Support Allowance worth £450 a month [UPDATE]

Earlier this month, the DWP announced that it would clear the state pension payment backlog by the end of October, allowing first-time recipients to finally get their money.

Newly eligible pensioners have reportedly been hit with delays of several months, drastically impacting their income during that time.

Pensions Minister Guy Opperman said that the DWP has been working hard to solve the issue, and that this was partially due to staffing issues. He announced that hundreds of additional staff were to be redeployed to help in clearing the backlog. Mr Opperman echoed the explanation that these problems are a result of the COVID-19 pandemic.

He said: “The Department is working hard to clear backlogs which have occurred by reason of the Covid pandemic and staffing issues which have now been rectified.”

Mr Opperman said that the backlog will be sorted out by the end of this month, confirming: “Normal service will be resumed by the end of October 2021.”

The DWP are hopeful that with staff redeployed to attack the problem, the backlog can finally be cleared and pensioners will get their cash. The DWP has already hired hundreds more staff this year during two recruitment drives.

In April, 360 people were hired to help alleviate state pension underpayment issues, with a further 183 employees joining in July. Mr Opperman said this would enhance the DWP’s resources.

The current full state pension is valued at £179.60 per week, meaning that pensioners who have been made to wait could have had a massively reduced ability to spend. Indeed, some would have missed out on £1,436.80 if they had been waiting for even two months of full state pension.

The state pension backlog is the latest issue which may have led to pensioners being disgruntled with the Government, following the scrapping of the triple lock for the 2022/23 tax year which means they will see their income increase by less than they expected.

They had been set to see their state pension payments rise by as much as eight percent under the triple lock, had the Government honoured the policy as they promised in their 2019 manifesto. However, due to the abnormally high level of average earnings growth which led to the projections of an eight percent, Therese Coffey announced that the triple lock would be temporarily suspended for next year.

The state pension triple lock guarantees that the value of the state pension will increase year on year, allowing pensioners to maintain their spending power over time. The three prongs of the triple lock are average earnings growth, the rate of inflation, and 2.5 percent, with state pension increasing by whichever figure comes out higher each year.

With the suspension of the triple lock confirmed, pensioners will see their income increase by the higher of inflation or 2.5 percent next year, with inflation expected to be the figure used on this occasion.

Inflation for the year to August was 3.2 percent, and could rise even further for the year to September, which is the figure that will ultimately be used. There have been suggestions that the state pension could rise by as much as four percent due to rising inflation levels, but even at this rate, pensioners would still only be getting around half of the increase they were expecting.

A DWP spokesperson said: “We are fully committed to ensuring the historical errors that have been made by successive Governments are corrected, and as this report acknowledges, we’re dedicating significant resource to doing so. Anyone impacted will be contacted by us to ensure they receive all that they are owed.

“Since we became aware of this issue, we have introduced new quality control processes and improved training to help ensure this does not happen again.” 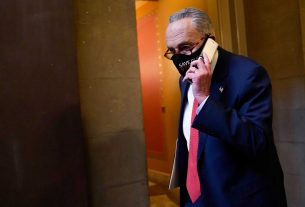