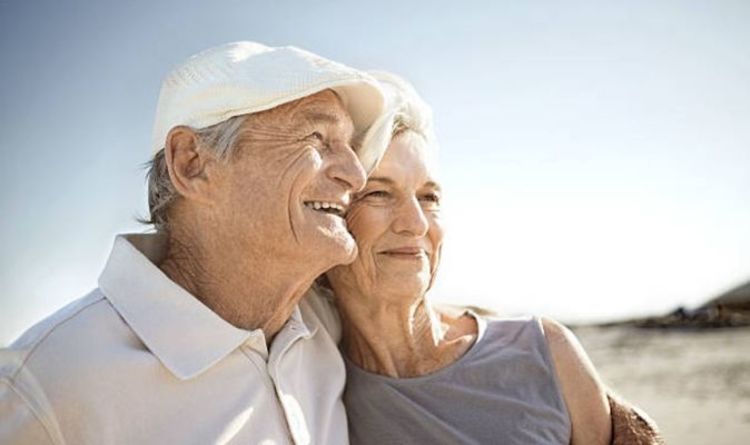 Sunak should 'step away' from pension triple lock says Gauke

How much state pension payments are currently worth depends on when someone was born.

Those born after these dates, for respective genders, will be claiming the new state pension.

Triple lock guarantees that the state pension increases in line with the highest of inflation, wage growth or 2.5 percent.

Due to high wage growth this year of around eight percent, the state pension is set for a big boost.

This means that pensioners on the new full state pension could enjoy a £746.20 boost, taking the total value of their state pension to over £10,000 a year.

Those in receipt of the basic state pension will see it grow to £7,727 a year.

However, predictions of this kind are mired in uncertainty.

Speculation over the triple lock has come to the forefront of UK politics over previous months – and not for the first time.

The triple lock has been Government policy since its introduction on 2011 by the Coalition government.

But due to suggestions that the wage growth we have seen is artificial, speculation has mounted that the triple lock may be suspended this year as the UK looks to recover from the pandemic.

Questions of fairness have also been raised, as last year in a time when millions of workers had to countenance pay cuts, the state pension continued to grow, creating a disparity.

The wage growth of eight percent has been labelled artificial by experts, who say it reflects a wage recovery to the levels seen before the pandemic, when millions of furloughed workers received 80 percent of their wages.

As workers have tapered away from furlough support in recent months, wages have returned to normal levels, but to call this wage growth would be spurious.

Furthermore, the bill that would have to be signed off by the treasury to fund an eight percent increase to state pensions in enormous.

The cost of the rise to state pensions if the triple lock remains in place would be £6.7billion, which is £4.4billion more than if increases of 2.5 percent were implemented.

The treasury has baulked at these costs as the UK faces a national debt of over £300billion. This is a figure that seems rather abstract but to put into perspective, it is more than double that faced during the last financial crisis.

Experts have warned that this bill may yet rise as the Office for Budget Responsibility (OBR) has forecast that wage growth will climb to 10 percent.

Rishi Sunak faces the unenviable situation of having to make a decision that will anger his party’s electoral base, which skews towards older demographics, or will lead to the Government purse shelling out even more money at a time when the coffers are strained, to put it lightly.

Furthermore, suspending the triple lock would break his party’s manifesto pledge to keep it in place.