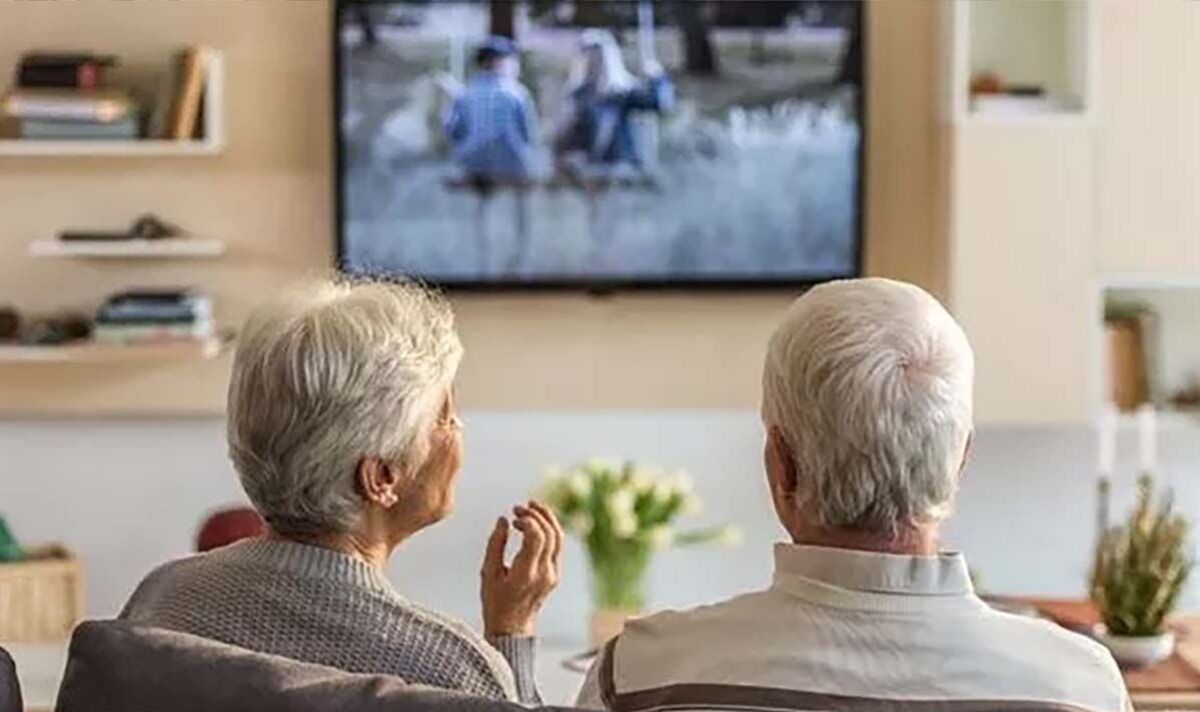 Culture Secretary Michelle Donelan has pledged to continue to review the BBC’s funding model after she described the licence fee as “impossible” to continue in its current form. Now, a new poll of Express.co.uk readers has found overwhelming support in favour of the “unsustainable” fee being scrapped.

Households that wish to watch or record live programming in the UK are required to have a TV licence. At present, the annual cost for a colour licence is £159 compared to £53.50 for black and white. Some groups are eligible for an exemption including those over 75 on Pension Credit.

The BBC has received funding through a licence fee since 1923 but in recent years debate has grown over whether the model is fit for purpose in the modern world.

Ms Donelan spoke about the future of the licence fee with the Digital, Culture, Media and Sport select committee earlier this month. Describing licence fee payers as “subscribers” she explained: “It is undeniable that the licence fee is not a long-term, sustainable model in its own right and we know that because obviously subscription figures are going down.

“There was a blip because of the change around over-75s but it isn’t a long-term sustainable model. So, if we want to make the BBC sustainable we need to be honest about that and work together to make sure we safeguard it into the future.”

She added: “I think the BBC is a fantastic institution, one that we should seek to work together to protect. It’s part of our cultural fabric and society and we saw first-hand when our late majesty the Queen passed, just how much people relied on the BBC to allow them to mourn and come together.

“I don’t think we would have got that quality of footage had it not been for the BBC and the national broadcaster that we have.”

Former Culture Secretary Nadine Dorries announced earlier this year that the licence fee would be frozen at £159 for the next two years until April 2024, before rising in line with inflation for the following four years.

The BBC’s current funding arrangement ends on December 31 2027 meaning that an alternative needs to be found by 2028 when the Royal Charter agreement expires.

In a poll that ran from 3pm on Wednesday, December 7, to 10am on Tuesday, December 13, Express.co.uk asked readers: “Should ‘unsustainable’ TV licence fee be scrapped?”

Overall, 2,198 people responded with the overwhelming majority, 97 percent (2,141 people), answering “yes” in favour of the licence fee being discontinued.

However, two percent (51 people) said “no” it should not, and six people said they did not know either way.

Dozens of comments were left below the accompanying article as readers shared their thoughts on the TV licence model.

Many readers agreed with Ms Donelan, arguing that the TV licence was in need of reform, like username NorthernGeezer, who wrote: “Future of TV watching is already set, subscription or free with adverts.”

Username completemanuk said: “Terminate the TV Licence immediately. The BBC is past its sell-by date.”

And username PT19 said: “It MUST be privatised and made opt-in subscription only so people have to proactively choose to pay for it or alternatively just sold off so they have to raise all their own money by advertising. It is the only way.”

Meanwhile, username takeitorleaveit added: “I don’t mind paying for a TV licence, but what I really object to, is having to endure so many repeats.

“With so many young people turning to streaming these days, and some people of a certain age in a time warp, it was good in its day, but now it’s time to close the shop!”

However, some readers commented in support of the licence fee, with username sirob writing: “It’s not unsustainable,” while username tamzin87 said: “I’m on the fence with this one. I like the principle of the BBC in the fact that we get TV viewing without adverts and it’s non-commercial. However, I don’t like the way the BBC is becoming woke.”

BBC director-general Tim Davie told the Royal Television Society in September that the institution’s funding model was the “least bad option” currently available. He explained: “The licence fee is not perfect but it’s allowed the BBC to keep to its mission, kept it independent and impartial and provided certainty of funding in the medium term.”

However, earlier this month Mr Davie said that the BBC is planning to close its broadcast channels in favour of internet-only distribution of programmes under a single brand of “the BBC”.

He told the society that the BBC could make the move in the near future, adding: “The BBC will focus its effort on the digital world and over time this will mean fewer linear broadcast services and a more tailored joined-up online offer.

“For the BBC, internet-only distribution is an opportunity to connect more deeply with our audiences and to provide them with better services and choice than broadcast allows. It provides significant editorial opportunities. A switch off of broadcast will and should happen over time, and we should be active in planning for it.”

‘Contain it’: Crucial reason why you should never wipe black mould