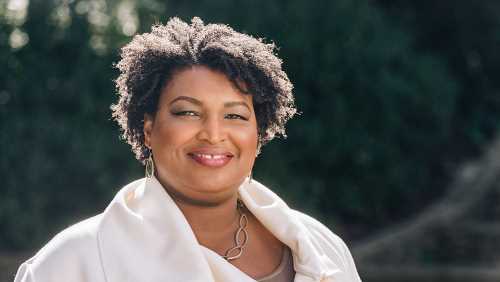 Stacey Abrams is running for governor of Georgia, after making history in the 2018 election, which she lost to Republican Brian Kemp.

Abrams made the announcement with a campaign video on Wednesday, highlighting the work she’s done in Georgia during the pandemic. In the 2018 election, she was the first Black woman from a major party to be a nominee for governor in the U.S.

“I’ve worked a lot of jobs in my life. And for the past four years, when the hardest times hit us all, I’ve worked to do my part to help families make it through, paying off medical debt for 68,000 Georgians, expanding access to vaccines, bringing supplies to overwhelmed food banks, lending a hand across our state, especially in rural Georgia. We helped finance small businesses trying to stay afloat, and I spoke up for families being left behind. While my jobs have changed, what I know to be true has not,” Abrams said in the video. “Our values are still strong, no matter where we come from in Georgia or how long we’ve been here, we believe in this place and our people, folks who deserve to be seen and heard and have a voice.”

Abrams has had major support among Hollywood players, and she’s repped by UTA. She was featured in the 2020 documentary “All In: The Fight for Democracy,” directed by Liz Garbus and Lisa Cortes. The film follows Abrams’ 2018 run for Georgia governor and examines voter suppression in the U.S.

In addition to politics and activism, Abrams has written several novels. Her most recent book, “While Justice Sleeps,” is being adapted by Working Title Television after a competitive bidding war. She also was nominated for an Emmy for her voiceover role on a special, election-themed episode of “Black-ish,” though she ultimately lost to “Big Mouth” star Maya Rudolph.

The ICRC defines economic security as the ability of individuals, households or communities …