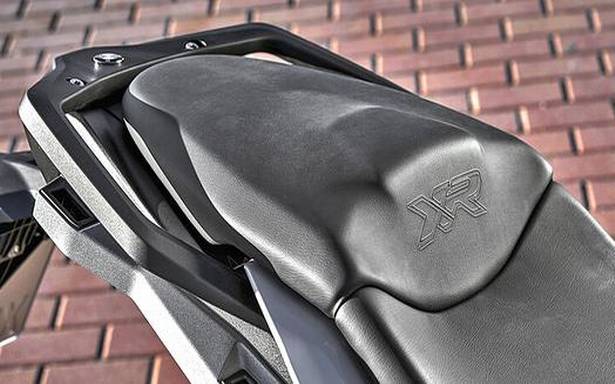 BMW’s focus with the second-generation S 1000 XR is a linear, yet meatier power delivery

What you are looking at here is the brand-new, second generation of the fastest sport-touring machine from BMW. And yes, that is what we are calling it, despite the fact that BMW terms the S 1000 XR an ‘Adventure-Sport’ and lists it under the ‘Adventure’ category on its website.

Call it what you will, but the S 1000 XR has always been about covering big distances at silly speeds while keeping you and your pillion in complete comfort. That brief hasn’t changed for the 2020 model; but BMW has redesigned it from the ground up. I quite like the look of the sleek LED lights, but the substantial new bodywork looks more bulky than before.

The seat height remains unchanged at 840mm, but the seat has been slimmed down where it meets the fuel tank, making it a little easier for shorter riders to get their feet down. Climb aboard, and you will find that the bike feels big, but not frighteningly heavy. BMW says they have saved 10 kilos, but the spec sheet shows that the 226kg kerb weight is only 2kg down on the old bike. No, BMW isn’t pulling a fast one here; they have reached this figure by accounting for all the kit.

The XR’s engine has been heavily reworked, and is now based on the motor from the new S 1000 RR. You wouldn’t guess that from the spec sheet because it has the same cubic capacity, bore-stroke ratio, and even the same 165hp and 114Nm of torque as before. Then again, this motor is now Euro 5-compliant, so it is a good thing that BMW has managed to keep the performance figures from dropping. When we asked why this engine skips the S 1000 RR’s ShiftCam variable valve control technology, BMW tells us that ShiftCam focuses on top-end performance, which isn’t as big a priority for the road-biased XR.

Nevertheless, BMW’s focus with the new engine was a linear, yet meatier power delivery. This is a ludicrously fast motorcycle, and the only way you can go faster is with a full-fledged sport bike. 180kph is always just a handful of seconds away, and the XR will quite comfortably cross 250kph. The power delivery builds in a completely linear fashion, and the bike feels particularly rampant between 9,000rpm and 11,000rpm.

The original S 1000 XR faced issues with engine vibrations, but BMW seems to have addressed that and the motor felt smooth throughout. The 6-speed gearbox is precise and the up/down quickshifter performs as we have grown to expect from BMW — good enough, but not fantastic. The gear ratios have been lengthened in the fourth, fifth and sixth gears.

The S 1000 XR is incredibly effective, but not just in a straight line. The bike gets a brand-new chassis, once again derived from the S 1000 RR, and BMW has managed to save a total of 2.1kg from the frame and swingarm. The wheelbase has been reduced by a fairly substantial 26mm, but the steering rake angle has been increased. On the road, the steering doesn’t feel razor-sharp, but the bike leans over without much effort.

For 2020, the XR gets BMW’s ESA electronic suspension as standard. However, there is a catch. Only the top end model gets the ‘ESA Pro’, which brings in the sportier Dynamic mode in addition to Comfort. The new XR is brimming with technology, most of which you will engage with via the four riding modes — Rain, Road, Dynamic and Dynamic Pro. The last mode is available only on the top end model and it offers individual control over the settings for traction control, wheelie control, engine response, engine-brake control and the electronic suspension. The top end model also brings in a bi-directional quickshifter, cornering headlamps, heated grips, cruise control, keyless ignition, hand guards, a luggage rack, a centre stand and more. The electronic safety assists gather their information from a 6-axis IMU, so the traction control and ABS both have lean angle sensitivity.

There is also BMW’s Connected smartphone app that comes at no extra cost and offers navigation data, as well as highly in-depth post-ride data. This includes how much throttle, lean-angle and brakes you have used at any given point in a saved ride, and even when you activated the ABS.

BMW finds that most customers in India go for the higher-spec models, so it is likely that the S 1000 XR will arrive in its top trim. Launch is scheduled for mid-2020, but the exact timing depends on the COVID-19 pandemic. We believe pricing won’t change drastically; so you are looking at something between ₹20-21 lakh (ex-showroom), which should put it right into Ducati Multistrada 1260 S territory. 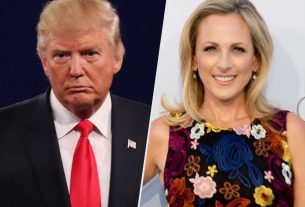 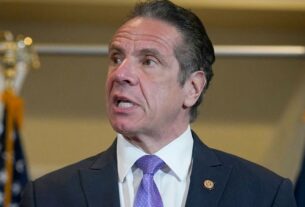 CNN's Jake Tapper floats banning Republicans from shows over 'Big Lie': 'Why should I put any of them on TV?'

A republic is a form of government where