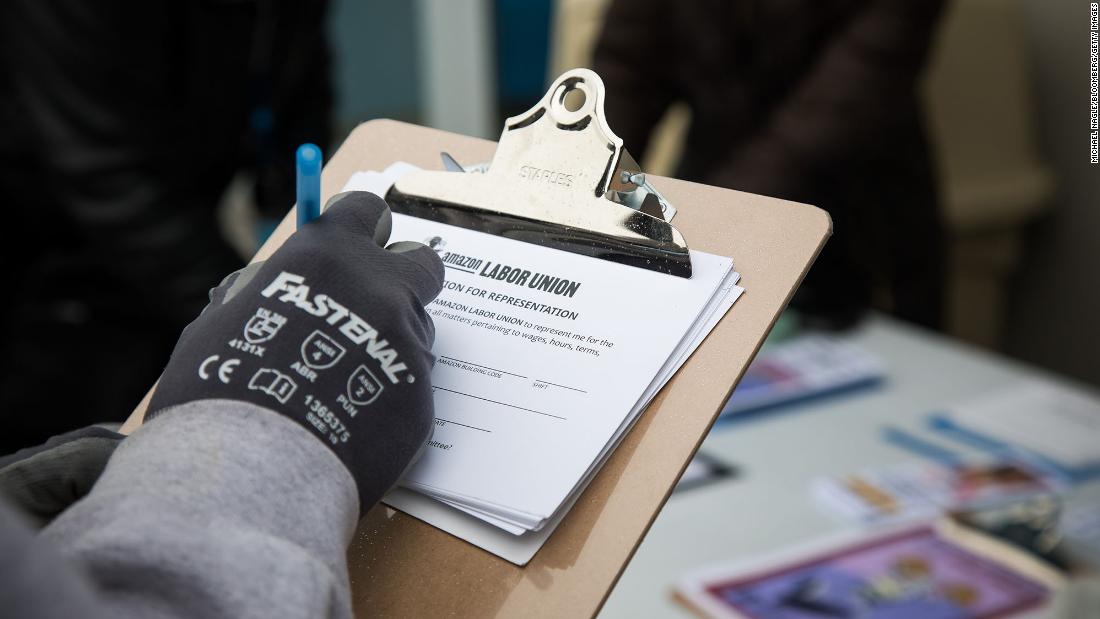 (CNN Business)On the heels of an historic union victory at an Amazon warehouse in New York City earlier this month, a grassroots labor organization is hoping to duplicate the win at a nearby facility.

On Monday, hundreds of Amazon employees at a Staten Island sorting facility known as LDJ5 will begin casting their votes on whether or not to organize with Amazon Labor Union, the newly-established union started by a group of current and former Amazon warehouse workers in the area.
The ALU successfully organized a union at a larger Amazon facility across the street just weeks ago, creating the first US union in the tech giant’s 27-year history. This time around, the ALU election has drawn attention from Democratic labor leaders. Sen. Bernie Sanders and Rep. Alexandria Ocasio-Cortez are both expected to meet with workers Sunday on Staten Island. Sara Nelson, president of the AFL-CIO’s Association of Flight Attendants-CWA, is expected to take part in an ALU rally Sunday.

Christian Smalls, who was fired from an Amazon warehouse in the early days of the pandemic and serves as the president of the ALU, called the victory at the company’s JFK8 warehouse “a catalyst for a revolution with Amazon workers.” He added that he wanted it to have a “domino effect” at other Amazon facilities.

The first test of that will come this week, when workers will have a chance to vote in the next election, to be held in the LDJ5 parking lot and which will conclude Friday.

The ALU’s organizing efforts were initially sparked by tensions between Amazon and its warehouse workers during the unprecedented coronavirus public health crisis, where some workers and labor advocates vocalized concern that the company was prioritizing profits and productivity over safety as it sought to keep up with the surging demand of online orders.
The battle over the treatment of workers inside Amazon’s facilities is widely viewed as central to the future of labor in the United States. As the country’s second largest private employer, after Walmart, high turnover rates, on-the-job injuries and increased worker activism have also drawn significant attention to Amazon’s workplace conditions in recent years.

Although leaders of the Democratic party, including President Joe Biden, vocalized their support for an earlier attempt by an established labor union to organize Amazon employees at a warehouse in Bessemer, Alabama, Smalls noted that the same attention wasn’t paid to his group’s efforts.
The results of the first Bessemer union election, held in early 2021, were tossed after an NLRB regional director found Amazon illegally interfered. The company called the decision “disappointing.” A tally of votes in the reelection began simultaneous to the JFK8 election tally but the outcome of Bessemer remains too close to call.
Amazon has repeatedly said in statements that its “employees have always had the choice of whether or not to join a union,” but also that it was “disappointed” with the Staten Island results. The company filed an appeal one week after the results alleging that the independent federal agency’s regional office that oversaw the election “unfairly and inappropriately facilitated the [ALU’s] victory.” A spokesperson for the federal agency refuted the allegation.
In particular, the company took issue with the agency’s push for the reinstatement of a JFK8 Amazon employee named Gerald Bryson, who is now an ALU organizer, just before the election got underway.
Bryson was fired by Amazon in March 2020 after protesting pandemic-related workplace safety precautions. Days before the JFK8 election, an NLRB regional director called for Amazon to be forced to rehire Bryson — a move the company said in its appeal filing “painted Amazon in a misleading and negative light to voters.”
Amazon has denied retaliating against Bryson (who first filed an unfair labor practice charge with the NLRB in June 2020) claiming he was fired for “sexist verbal assault against a female co-worker,” referring to an incident that took place during a protest. But in a blow to Amazon, this week an NLRB administrative law judge found that the company violated labor law, ordering that Bryson be reinstated and paid his lost wages.
In a statement, Amazon spokesperson Kelly Nantel said, “we strongly disagree with the NLRB judge’s ruling,” noting that “Mr. Bryson was fired for bullying, cursing at, and defaming a female co-worker over a bullhorn in front of the workplace.” Nantel said the company intends to appeal the judge’s decision.
Frank Kearl, a staff attorney at Make the Road New York who represented Bryson in his NLRB case, said in a statement, “this victory should give other workers who are organizing to demand better working conditions reassurance that Amazon is not above the law.”
Kearl added, “[Amazon] has been ordered to reinstate Gerald by May 2, these willfully false statements about him serve no purpose but to defame his character.”
In recent weeks, NLRB General Counsel Jennifer Abruzzo issued a memo calling for the agency to reconsider its stance on mandatory meetings that companies such as Amazon use to convey their anti-union messaging to employees. These meetings are a common tactic and are currently legally permitted. Amazon previously declined to comment on Abruzzo’s memo.

The outcome of the election at LDJ5 is likely to have broader implications for Amazon. While notching a second win would provide “a huge boost” for ALU’s efforts, Amazon has more to lose, according to John Logan, professor of labor and employment studies at San Francisco State University.
“A second loss for Amazon would be far more damaging to the company’s anti-union campaign than a loss for the ALU would be to future organizing efforts at Amazon,” said Logan, who noted that the support of Democratic labor leaders is also significant. “It sends the message that the workers won’t be alone in fighting to get a union and a contract at Amazon and makes clear that Amazon won’t be able to undermine the union with impunity.”
Source: Read Full Article

In economic theory, physical capital is one of the three … 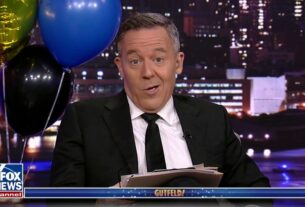