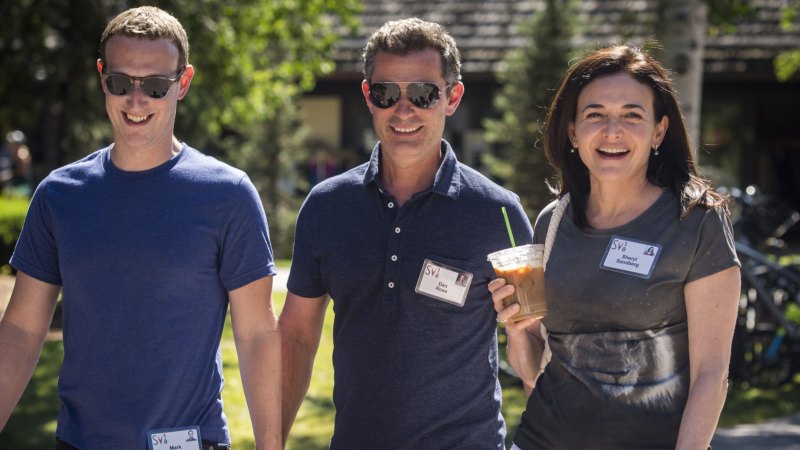 It’s not clear how history will judge Sheryl Sandberg.

Sandberg, who said Wednesday that she was quitting Meta after 14 years as the company’s second in command, leaves behind a complicated professional and personal legacy. 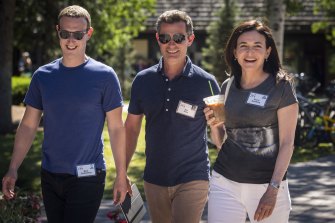 She helped build the company formerly called Facebook into one of the world’s most influential and wealthy companies. Her writing and advocacy about women in the workplace and grief gave Sandberg influence on topics that few other American executives touched.

But Sandberg was also partly responsible for Facebook’s failures during crucial moments, notably when the company initially denied and deflected blame for Russia-backed trolls that were abusing the site to inflame divisions among Americans before the 2016 US presidential election. And while her 2013 book “Lean In” kicked off important conversations, some of its ideas now feel outdated.

As my colleagues wrote, “Sandberg is ending her tenure at Meta far from the reputational pinnacle she reached last decade.”

Several of America’s superstar tech companies, including Apple, Amazon, Google and Oracle, have lived through relatively recent transitions in which iconic founders have handed over power to hired hands. Sandberg is not the founder of Facebook, of course. But Facebook wouldn’t be what it is today — good and bad — without the partnership between Sandberg and Mark Zuckerberg.

It’s also difficult to imagine her departure significantly changing Facebook. That suggests that Sandberg’s biggest influence may have been in the past and that she is no longer as important at Facebook as either her supporters or her detractors believe.

The 23-year-old Zuckerberg hired Sandberg in 2008 to figure out how to build Facebook into a large and lasting business. On that score, she succeeded beyond anyone’s dreams. But that legacy is complicated, too.

Sandberg spearheaded a plan to build from scratch a more sophisticated system of advertising that was largely based on what she had helped develop at Google. Ads on Facebook were tied to people’s activities and interests on the site. As at Google, many advertisers bought Facebook ads online rather than through sales personnel, as had been typical for TV or newspaper ads. Later, Sandberg cultivated new systems for Facebook advertisers to pinpoint their potential customers with even more precision. 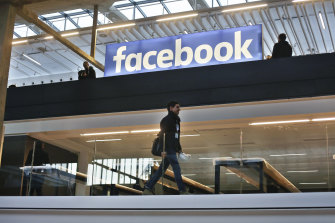 Sandberg played an integral role in transforming Facebook into a sustainable, wealth-generating company.Credit:AP

Google and Facebook transformed product marketing from largely an art to a sometimes creepy science, and Sandberg is among the architects of that change. She shares in the credit (or blame) for developing two of the most successful, and perhaps least defensible, business models in internet history.

All the anxiety today about apps snooping on people to glean every morsel of activity to better pitch us dishwashers — that’s partly Sandberg’s doing. So are Facebook and Google’s combined $325 billion in annual advertising sales and those of all other online companies that make money from ads.

The pattern of deny, deflect, defend

Sandberg initially said publicly that Facebook played little role in the organising of the Capitol riot January 6, 2021. That wasn’t quite true. As my colleagues Sheera Frenkel and Cecilia Kang reported, people used Facebook to spread misinformation about election fraud, which fuelled anger among the protesters. Some rioters used Facebook to openly discuss the logistics of the attack ahead of time.

Sandberg may have once believed that she could do far more good in the world working at Facebook than she could outside the company, but it was difficult to tell if that was true anymore.

In their 2021 book, An Ugly Truth, Frankel and Kang wrote that to Sandberg’s detractors, her response was part of a pattern of trying to preserve the company’s reputation or her own rather than do the right thing.

Sandberg was also among those responsible for Facebook’s delayed or insufficient initial response in 2018 about news reports that a political consulting firm, Cambridge Analytica, was able to harvest personal information on many millions of Facebook users.

Tech journalists and others who pay close attention to Facebook regularly asked in recent years why Sandberg chose to stay at the company. My colleague Mike Issac reported that Sandberg lost influence as Zuckerberg assumed more command over the company. Other executives took over duties that once were Sandberg’s, including overseeing government policy.

Sandberg may have once believed that she could do far more good in the world working at Facebook than she could outside the company, but it was difficult to tell if that was true anymore.

The hotspot map updates every 2 to 4 hours, depending on satellite availability…