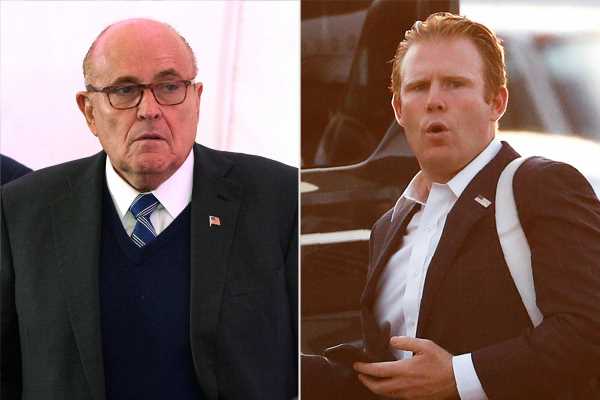 Rudy Giuliani's son, Andrew Giuliani, said Friday morning he had tested positive for the novel coronavirus — the latest in a constantly lengthening list of White House officials to be infected.

"This morning, I tested positive for COVID-19. I am experiencing mild symptoms, and am following all appropriate protocols, including being in quarantine and conducting contact tracing," Andrew tweeted.

Further details about when and where he is believed to have been infected were not immediately available.

According to USA Today, Andrew, 34, was in attendance at a crowded Thursday news conference in Washington, D.C., led by his dad and other campaign lawyers for Donald Trump, who is trying to contest the presidential election.

Andrew told The New York Post that "I had a mask on the entire time” Thursday.

The elder Giuliani, who works as the president's personal attorney, was seen sweating heavily as he spoke with reporters at the event but it was unclear if he has taken further precautionary measures in light of his son's infection. (He has not responded to previous requests for comment from PEOPLE; Andrew could not be reached.)

Andrew joined the White House in 2017 to work in the Office of Public Liaison and Intergovernmental Affairs, according to The New York Times.

His Twitter bio lists him now as a special assistant, which is a lower level title in the West Wing compared to senior aides.

Since October, the Trump administration has grappled with successive outbreaks among its ranks — something critics said underlined how dismissively the president himself treated the coronavirus. He, First Lady Melania Trump and their son, Barron, were sickened in early October and he was hospitalized for three days. Various other advisers were infected in the weeks and months following.

After leaving the hospital, however, President Trump urged the public not to let the virus "dominate" them and he touted the state-of-the-art medical treatment he received, including experimental antibodies not available to the public.

Elsewhere he has complained he did not receive enough credit for his response to the pandemic, particularly on vaccine development and helping provide ventilators to states.

Earlier this month, Housing Secretary Ben Carson said he was infected after attending an election-night party at the White House. A White House spokesman said then that "any positive case is taken seriously."

"Contact tracing has been conducted by the White House Medical Unit consistent with CDC guidelines to stop further transmission," the spokesman maintained. "Appropriate notifications and recommendations have been made."

As of Friday, more than 253,000 people had been killed by the virus in the United States — the highest death toll in the world. 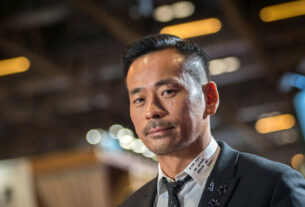