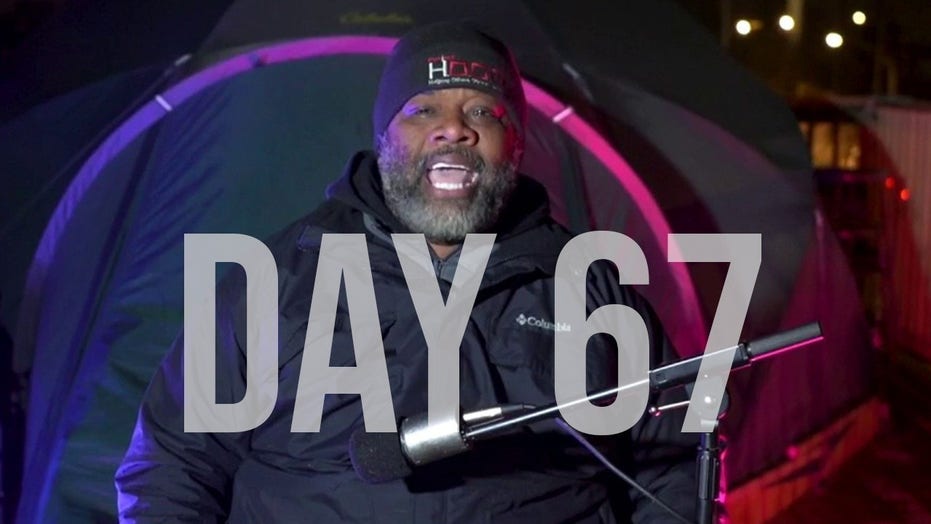 CHICAGO – On the 67th day of his 100-day rooftop vigil to build a community center, Pastor Corey Brooks discusses the controversy of the education achievement gap between white and black students and how to address it.

What follows has been lightly edited. We strongly encourage you to watch the accompanying video so you may hear the pastor in his own words.

One of the biggest debates in America is how to close the achievement gap between white and black students.

But let’s put that aside. I will address this black and white achievement gap because it needs to be addressed. Lately, I’ve seen some of the most insane ideas come from the left on how to close the gap.

Up north, just above Chicago, there’s a town called Evanston. In their school district, called District 65, only 30.6% of black students met the college readiness benchmark in reading, as opposed to 83.7% for white students. In math, the gap was even wider. (This was 2017-18.)

Horrible numbers, but what was even more horrible were the proposed solutions.

The district held segregated staff meetings. They spent $100,000 on a report that produced no direct cause for the racial gap. Instead, they blamed the Tuskegee syphilis experiment, Illinois sundown towns and the forced sterilization of Puerto Rican women.

Okay. That’s part of our history, but exactly how does this historical example explain the current problems? They don’t.

The school also hired a diversity, equity, inclusion staff person. They gave money to outside racial justice organizations to talk about things like white privilege. I say it’s all hogwash. It’s insanity. What’s even worse is that they’re setting up black kids to fail even more, and that’s the real crime. That’s the crime that needs to be talked about.

What will close the gap is simple: a true and honest and vigorous education.

In this light, good public charter schools are the very way forward. We have seen them close the gap in New York City and elsewhere. Success Academy and Eva Moskowitz is just one example. They can fire the bad teachers. They can correct wayward students. They are not bound by any ineffective racial justice issues.

The good charter schools are not concerned with meaningless optics, but with educating kids. This is not a mind-blowing situation, but I will say this, we have grown so weak as Americans that we allow this kind of racial justice idiocy to undermine our kids’ education. We need to all step up and say, “enough is enough.”

I know I have to. I’m on the South Side where racism is the least of our problems. Education is one of our biggest problems and that’s why I’m fighting so hard to educate these kids and why it’s my goal to open a charter school within the Project H.O.O.D. Community Center. It will happen. It must happen. Our kids need to have a fighting chance, and they need to have someone fighting for them every single day.

Follow along as Fox News checks in Pastor Corey Brooks each day with a new Rooftop Revelation.

Eli Steele is a documentary filmmaker and writer. His latest film is “What Killed Michael Brown?” Twitter: @Hebro_Steele.

There are two major types of oligarchies today…

Politics is the set of activities associated with the …