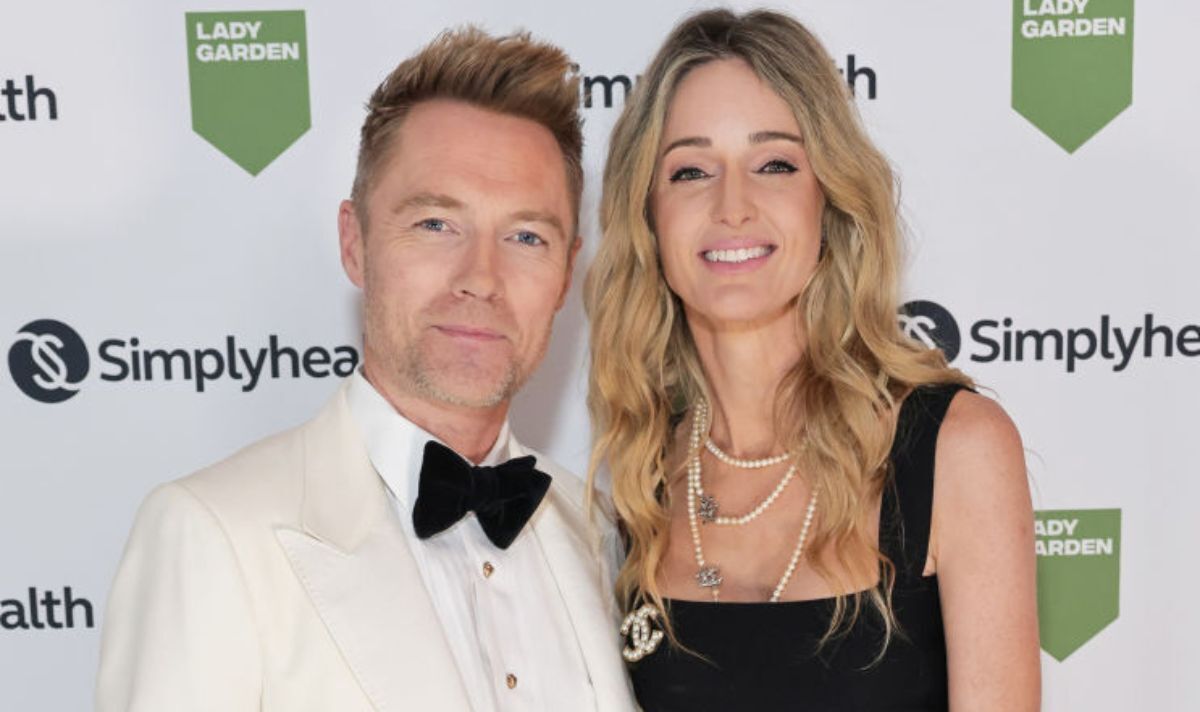 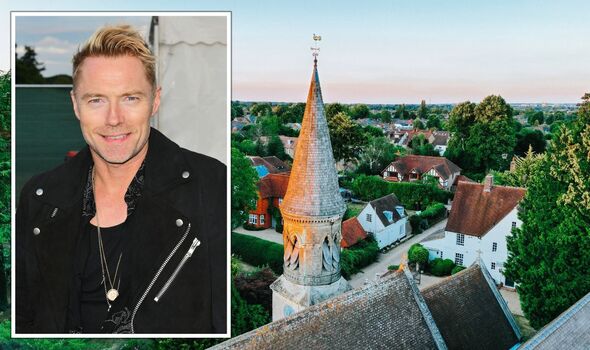 The 45-year-old can be regularly spotted co-presenting BBC’s The One Show alongside Alex Jones. However, he is best known as the leader of the boy band Boyzone before launching his equally successful solo career. Born in Dublin, the TV star now calls Rickmansworth his home.

The family purchased the Hertfordshire house back in 2016. However, they made the decision to knock it down and start again after being told that the plumbing and electrical would need replacing, and that the structure was shoddy.

The new structure went down in 2019 and they have been working on it since then. Ronan and Storm had been living in another property while the project was ongoing.

Rickmansworth is a town in southwest Hertfordshire that’s just 17 miles away from Central London, making it the perfect location for a commuter like Ronan.

It is a busy commuter town combining an eclectic mix of the old and new that proudly boasts its own Tube station.

Arranged mostly to the north of the Grand Union canal and the River Colne, Rickmansworth regularly crops up on “most expensive places to live” lists.

According to a 2019 study, there are more streets where homes average £1million or more in Rickmansworth than almost anywhere else in Britain.

Given Ronans estimated net worth of £245million, according to Celebrity Net Worth, it’s no wonder that he can afford to live in such an upmarket town.

Naturally, living in such a high end territory doesn’t come cheap. According to Rightmove, properties in Rickmansworth had an overall average house price of £798,728 over the last year.

The most expensive property currently listed on Rightmove is a seven bedroom detached house, with a guide price of £2,500,000.

According to the listing, it is an “outstanding” property set in half an acre with “stunning views” over the Chess Valley.

The lowest priced property is currently a one bedroom apartment on sale with a guide price of £250,000, located in the heart of Rickmansworth Town Centre. This apartment boasts bright and spacious living with the added benefit of residents parking.

Surrounded by natural beauty, in the form of rolling countryside and woodland, as well as nautical splendour with three rivers intersecting the town – Colne, Chess and Gade – Rickmansworth is a residential haven for anyone seeking rustic tranquillity and city convenience.

Surrounded by beautiful rural villages including Chorleywood and Croxley Green, with a mixture of period cottages, grand estates and contemporary homes lining the streets, visitors will scarcely believe that they’re on the cusp of the M25 and less than 20 minutes from the UK’s largest airport, Heathrow.

Attracting tourists and residents who enjoy leisurely strolls and taking part in water sports, the Aquadrome is one of Rickmansworth’s most defining features. Spanning more than 41 hectares, this public park and nature reserve is home to two lakes – Batchworth and Bury Lake – and is a popular destination for sailing, canoeing, windsurfing, and fishing.

Aside from the renowned Aquadrome, Rickmansworth is home to a variety of public parks and nature reserves; perfect for outdoorsy individuals with a soft spot for rural landscapes, wildlife and long walks. Also, for anyone who loves golf, there are three local courses – Batchworth Park, Moor Park and Rickmansworth.

There is also Chorleywood Common which encompasses more than 80 hectares of grassland and woodland, attracting dog walkers and nature lovers alike.

To the north of the Cole Valley Regional Park is Stocker’s Lake Nature Reserve, which is perfect for taking scenic strolls and cycling along the paths skirting the lake.

Industrialization had many positive effects on society in Europe in …