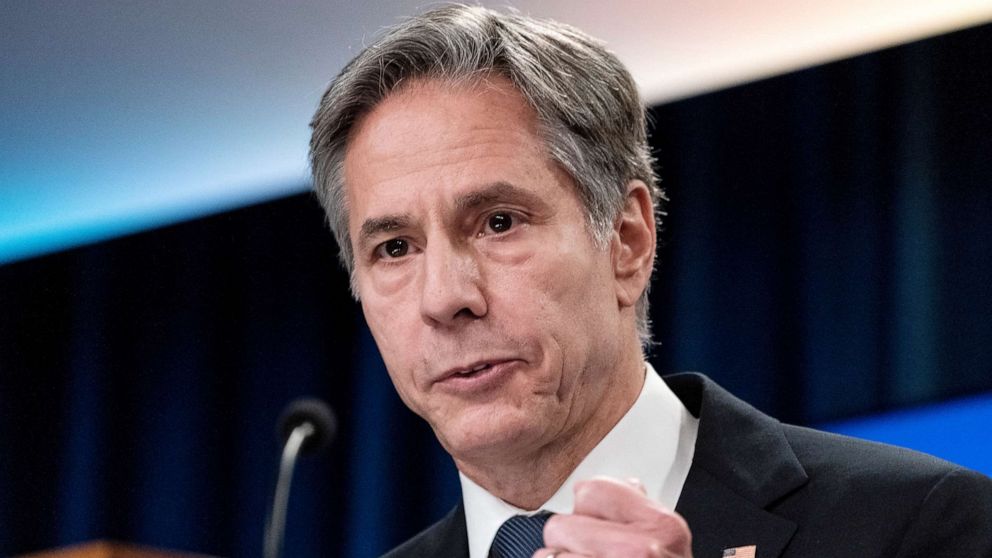 Hours after President Joe Biden issued a dire warning that it was “highly likely” the Kabul airport could see another attack in the 24 to 36 hours leading up to the final U.S. troop withdrawal, Secretary of State Antony Blinken underscored the warning in an interview for ABC’s “This Week.”

“This is the most dangerous time in an already extraordinarily dangerous mission, these last couple of days. And so, we will do everything possible to keep people safe. But the risk is very high,” Blinken told ‘This Week’ Co-Anchor Martha Raddatz.

The Pentagon confirmed Saturday that the final drawdown of troops had begun, intensifying pressure on the United States to evacuate the remaining Americans looking to leave the country as the terror threat is ratcheted to new heights.

Blinken, who met with the president and top commanders at the White House Saturday morning, said the U.S. was doing “everything possible” to get the remaining Americans safely out of the country.

“We have about 300 American citizens left who have indicated to us that they want to leave. We are very actively working to help them get to the airport, get on a plane and get out of Afghanistan,” Biden’s top diplomat said.

The new warnings of possible attacks come as the country is still reeling from the bombing at Kabul’s airport Thursday that killed 13 U.S. service members, and more than 170 Afghans, even after the U.S. Embassy issued a warning of the urgent threat at the airport.

“The hard reality of this mission is that at a certain point, direct contact was necessary between our people, our men and women in uniform, and those coming into the airport,” Blinken said, when pressed by Raddatz why more steps weren’t taken to ensure troop security after the warning went out.

“Whenever you have something as horrific as this, anytime we have a loss of life, we’re going to go back and look very hard at what was done, and whether anything could have been done better,” Blinken said, again stressing the dangerous mission at hand.

But with a ticking clock, and the administration committed to keeping their Aug. 31 deadline for all troops to leave Afghanistan, real questions remain about the United States’ ability to get any remaining Americans and Afghan allies out of a country under Taliban control once U.S. troops are gone.

Blinken pointed to private and public assurances from Taliban leadership to allow free travel after America’s departure as a reassurance that there would be ways out of Kabul — a suggestion many fearing retribution for helping the United States take little comfort in.

“We have very significant leverage to work with over the weeks and months ahead to incentivize the Taliban to make good on its commitments,” he added, noting the U.S. has been “actively planning” to keep Kabul’s airport functioning, or reopening it quickly if needed, in conjunction with other countries in the region.

“If the Taliban is serious about the commitments that it’s repeatedly made in public, including nationally, across the country, as well as in private — commitments that the international community intends to hold the Taliban to — then we’ll find ways to do it,” Blinken said.

ToolsStore savings bond information you enter so you can view …

‘A lot more vibrant!’ Couple who regret leaving London for rural town on why they returned