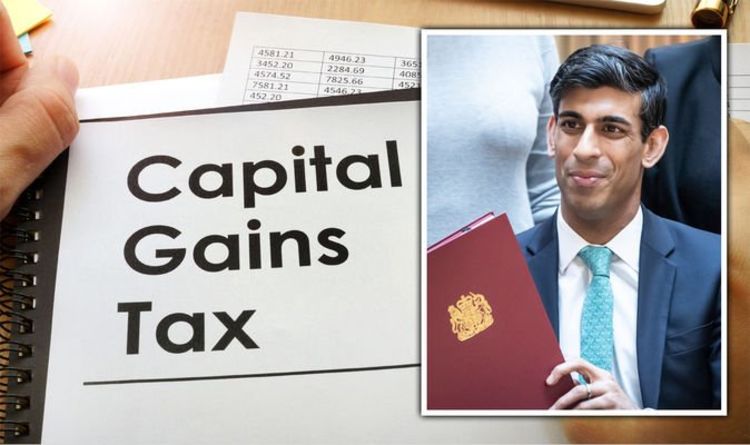 Rishi Sunak insists UK will not return to austerity

HMRC released tax statistics in early August which showed in the 2019 to 2020 tax year, the total CGT liability was £9.9billion for 265,000 CGT taxpayers, which was realised on £65.8billion of gains. Rishi Sunak has taken steps to limit CGT costs in recent months but these efforts may be having unforeseen knock on effects.

In the Chancellor’s March Budget, Mr Sunak froze the CGT annual exempt amount, which is currently £12,300.

However, in analysing this month’s statistics, Richard Jameson, a partner in the Private Wealth team at Saffery Champness, noted the freeze likely forced many taxpayers to make hasty decisions.

“These statistics may represent something of a watershed moment for the UK’s Capital Gains Tax regime, in more ways than one,” he said.

“Firstly, the fact that in the current economic context, when Government spending during the pandemic has left a large hole in the public finances that will ultimately need to be filled, annual CGT receipts in 2019-20 increased by a modest three percent, half as much as the previous year.

“This may increase the calls for a more drastic approach to taxing capital wealth – such as aligning the CGT rates with income tax rates as recommended by the OTS in November, or in the form of a one-off wealth tax that was recommended by The Wealth Tax Commission in December.

“But what’s more the statistics potentially offer a glimpse into the future for the CGT regime, not to mention other taxes, in the figures relating to the new 30-day reporting service for CGT-liable property disposals, introduced in April 2020.

“The 75,000 taxpayers who signed, sealed and delivered over 80,000 returns to HMRC to report over £1billion in CGT liabilities may seem like a promising start to the new system, but underlying these figures were significant teething problems which were highlighted in the OTS’s second CGT report in May which recommended as a remedial action doubling the 30-day reporting window to reduce the administrative burden on people going through the complex process of selling a property.

“Nevertheless, real-time reporting and shorter timeframes for payment of tax is the clear direction of travel as it does have significant advantages from HMRC’s perspective in terms of tackling the tax gap and bringing forward tax receipts, and asset owners will need to ensure diligent record-keeping in order to meet the new reporting requirements.

“The statistics also show record amounts of gains on which Entrepreneurs’ Relief was claimed which is likely a reflection of the Chancellor’s decision in the March 2020 Budget to reduce the lifetime allowance from £10million to £1million of gains, prompting individuals to accelerate business asset disposals to get them over the line in the month before the changes came into effect.

“Signalling this likely change to the Relief ahead of the Budget may also have led to the increase in the overall tax receipts for eligible gains.”

While CGT is usually levied on investment gains, there are a number of other assets it could be charged on, including:

CGT will need to be paid when a person sells an asset and their total taxable gains are above their annual Capital Gains Tax allowance.

There is a simple three step process for this, people will need to:

While Mr Sunak froze CGT and other taxes earlier on in the year, an Autumn Budget is due over the coming months and many fear some difficult decisions may have to be made.

Julia Rosenbloom, a Tax Partner at Smith & Williamson, commented: “As the Government continues to search for new ways to pay for its response to the pandemic the Treasury will be focused in the months ahead on investigating how it can further increase the revenue it gains from tax receipts.

“Rumours have been swelling since the weekend about a plan by the Chancellor to launch a pensions tax raid in an Autumn Budget. If it is confirmed that a Budget will be held later this year, then it wouldn’t be unthinkable for lucrative reforms to be considered for other taxes, particularly IHT and CGT given the amount they raise for the Treasury on an annual basis.

“The announcement in this year’s Spring Budget that both the nil rate and residence nil rate bands are to be frozen until at least April 2026 will already result in many families paying increased IHT bills as more estates are brought into scope on the back of rising property and share prices.

“If the Chancellor launches a sledgehammer to the tax system in an Autumn Budget and explicitly increases IHT charges then many more people will be affected – and some may need to go as far as selling family homes to pay their IHT bills. The clock is ticking for families to make the most of their current allowances before possible new reforms are introduced.”