IR35 tax rules and/or changes were not addressed in Rishi Sunak’s Spring Budget and many affected industries condemned this. Contractors and self-employed workers have been hit by IR35 tax changes for months now and Clive Rich, the CEO and founder of LawBite, urged the Chancellor to address this in the Autumn Budget.

Mr Rich said: “Less than a year after the Government’s IR35 law changes, there is little chance the Chancellor entirely reserves his decision. He cannot, however, repeat the mistakes of his previous budget in March in which he made no mention of the coming legislative changes, leaving SMEs alone to deal with what was essentially a ‘stealth tax’ whilst still vulnerable to the impact of Covid.

“Rishi Sunak might take inspiration from the third largest economy in the world and look to Japan’s use of umbrella contractors or contractor management companies as a convenient and effective solution to Britain’s employment and supply chain crisis.”

In April 2021, IR35 rules were updated and medium to large sized businesses became required to assess the tax status of contractors they hired.

This has led to raised costs and a general reluctance to hire self-employed workers but in recent weeks, more notable problems arose which showed just how deep the problems go.

Mr Rich continued: “The most tangible IR35 impact is being felt through the ongoing HGV lorry driver crisis as European drivers leave the industry without access to the ‘contractor’ tax benefits previously on offer. The Government is taking unnecessary flak with many laying the blame at Brexit’s door whereas the true catalyst is the IR35 influenced drop in pay for drivers.

“The Government must acknowledge the ‘Gig Economy’ is now a way of life and think of a fairer and more dynamic entrepreneurial approach to preventing top earners abusing the system whilst protecting those at the bottom of the heap, without penalising millions of contractor SMEs stuck in the middle. The Treasury risks shooting itself in the foot by damaging the Gig Economy which can continue to grow from strength to strength and drive a post-Covid economic boom.

“The warning signs are starting to surface. The US economy, home to 57 million freelancers operating with broadly the same IR35 rules as the UK used to have before the new certification reforms came in, is on course to grow 6.8 percent this year. Despite bullish forecasts, our domestic economy actually shrank by 0.1 percent in June-July before seeing minimal growth in August.

“Wrapping the Gig Economy in IR35 red-tape is stifling growth as well as being an impediment to how many want to work in the modern world.”

DON’T MISS:
‘Not even manifesto promises are off limits’ Sunak may hit retirees [WARNING]
‘I feel persecuted’: Self-employed to abandon sector due to IR35 [INSIGHT]
IR35 tax penalties: ‘Any Government department could be next’ [EXPERT]

“With the backdrop of the pandemic and the huge funding that was needed to get the country through a challenging time which saw the highest levels of borrowing in peacetime, the Chancellor has a mammoth task on his hands,” he said.

“As part of his solution, the Chancellor is likely to focus his attention on disguised remuneration and tax avoidance as the Government seeks to ensure it collects all the taxes due in the most effective manner and this should be applauded.

“We know that the Off-Payroll rules introduced in April have given rise to a proliferation of disguised remuneration schemes that are keenly working to unwittingly dupe contractors into signing up for them and HMRC has been slow to take a robust stance against these schemes and stepping up its enforcement activity to shut them down.

“We know that funding has been put in place to set up a Single Enforcement Body, but it is a tardy process and, all the while, non-compliant operators continue to do business. Tax avoidance and disguised remuneration schemes regularly appear on the Chancellor’s agenda, yet they are still allowed to thrive.

“It does beg the question as to whether the Government and HMRC are serious about addressing tax avoidance and disguised remuneration or whether any of the growing number of conspiracy theories could actually hold some truth? Questions need to be asked and the Government and HMRC needs to be held accountable as a matter of urgency.”

Many contractors will likely be awaiting Mr Sunak’s Budget with much anticipation as recent research from the Association of Independent Professionals and the Self-Employed (IPSE) showed just how much the rules are costing them in monetary terms.

In September, IPSE warned that after a surge at the start of the year, freelancers’ average quarterly earnings slumped by over £2,100 – to £18,652.

Derek Cribb, the CEO of IPSE, placed the blame for this on the tax changes.

“After a surge in the first quarter of 2021, freelancers’ average quarterly earnings have now dropped by over £2,000. This is because, just as the rest of the economy is firing up and wages are rising across the employee job market, freelancers are having to slash their own day rates,” he said.

“Why? The contractors’ bugbear: IR35. It is now clear – as we feared – that the changes to IR35 were introduced into the private sector at the very worst time: just when they were most likely to hamstring the freelance recovery.

“Now just when there should be a surge in freelance work to support the wider economic recovery, many freelancers are finding themselves competitively slashing their day rates to fight it out over fewer contracts.”

The next Budget will take place on October 27 and while the Government hasn’t released details on what will be covered, HM Treasury has confirmed it will “set out the plan for how public spending will deliver the people’s priorities over the next three years.” 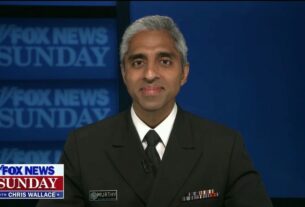