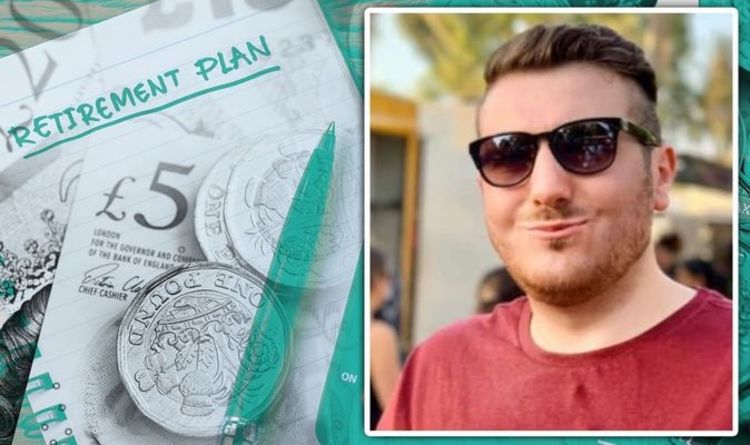 Expert reveals tips on how to save for retirement

As the cost of living continues to rise, it is becoming more of a challenge for people to save for the future, and specifically their retirement. Over three million Britons plan to work a second job in order to save up enough money for their retirement, with the side hustle trend particularly evident amongst younger workers.

One example is James Tilley, a 26 year old Marketing Executive from Stockport, who decided to take his retirement future into his own hands.

To ease his worries of not having a sufficient pension pot, he took on a second job at weekends.

Mr Tilley told Express.co.uk: “It wasn’t until recently that I began to look into my future and realised just how much I need to save for when I enter retirement, it’s very overwhelming!

“I invest a decent amount each month from my salary into my pension pot, but I just feel like it’s not enough if I want to live comfortably and do all the things I want to do when I grow old.

“With this in mind, I decided to get a second job at a bar at the weekends to ensure I’m maximising my time as best as possible.

“This way I can save and invest money, giving me a head start on others.”

Part of the driving force behind Mr Tilley’s decision was the concerning rate at which inflation is rising, pushing up the cost of living.

He said: “Although I am only in my mid-twenties, the cost of living is rising a great deal. With everything getting more expensive, getting a head start on saving for the future is essential.”

DON’T MISS
Pensioners could claim free TV Licence and save £159 a year – are you eligible? [ALERT]
State Pension warning – you will get NOTHING at all if you make this one simple error [WARNING]
State pensioners urged to check eligibility for ‘perk’ worth £3,000 per year [INSIGHT]

One in ten people think they will need to take on a second job to finance their retirement, money.co.uk research found.

That equates to 3.2 million workers who believe they will have to work two jobs to build up an adequate pension, according to Statista.

This trend appears to be increasingly common with younger people, with as many as 13.4 percent of 16-24-year-olds and 14.1 percent of those aged 25-34 identifying a side hustle as part of their plans.

Comparatively, only 6.9 percent of over 55s are planning to generate extra income through an additional career, less than half the number of 25 to 34-year-olds.

Traditional methods such as making use of savings accounts and investing in stocks and shares are still the most popular ways of saving, with 38 percent and 19 percent of people respectively saying they plan to fund their retirement this way.

However, taking on a second job is now more popular than buying Premium Bonds as a means of building up a retirement fund, with just nine percent of respondents saying they would use bonds.

The research also found that those living in the South West are most likely to have a side hustle, with 13 percent of people making this part of their plans.

By contrast, Londoners are less likely to take on a second job, despite the high cost of living in the capital, with just nine percent of people indicating they would do so.

East Anglia had the lowest proportion of people planning to take on extra work in the UK, with eight percent.

Salman Haqqi, Personal Finance Editor at money.co.uk, said: “A common way to ensure you have funds available for retirement is to make use of pension schemes, and the basic state pension payment is £137.60 per week, or £179.60 for younger workers, as outlined on the government’s website.

“But, it seems the rising cost of living is forcing younger generations to find additional ways to add to their retirement fund, such as investing in stocks and shares or working a second job.

“However, with a wealth of private options available to supplement the state pension, it’s certainly worth assessing these options as a method for funding your future.”

In a solar eclipse, the Moon passes between Earth and the Sun and stops … 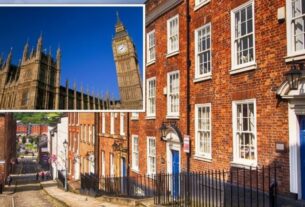