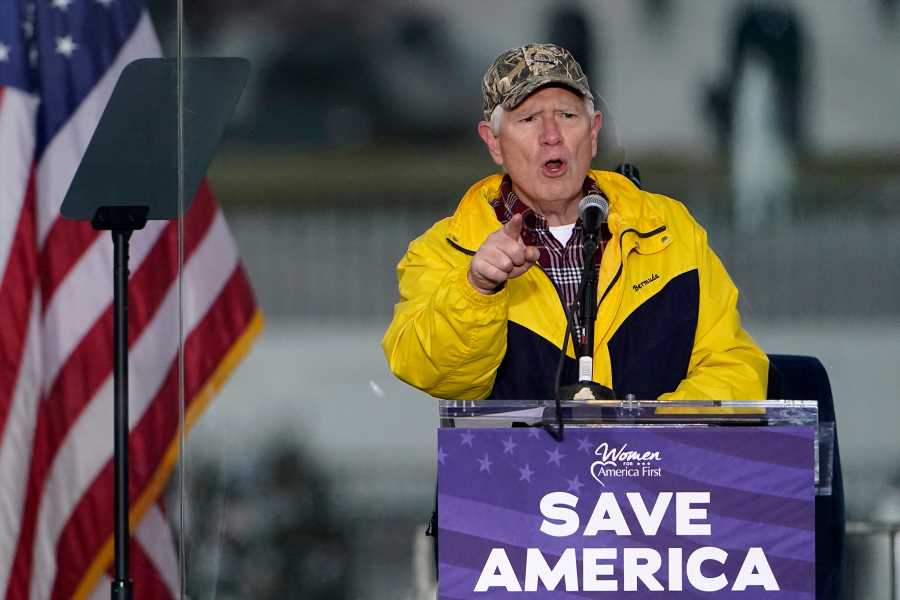 Democrats were quick to react to Rolling Stone‘s report that some Republican members of Congress or their staffers were “intimately” involved in planning the Jan. 6 events that turned violent. As for the Republicans who were implicated in the story … not so much.

The majority of them did get around to it eventually, though. Rep. Mo Brooks (R-Ala.) chimed in Monday evening, telling AL.com that while he had nothing to do with planning the rally on Jan. 6, his staffers may have spoken to organizers. “Quite frankly, I’d be proud of them if they did help organize a First Amendment rally to protest voter fraud and election theft,” Brooks said.

In other words, he didn’t deny anything in Rolling Stone‘s report.

They Joined an Anti-Government Militia — With Their Government Emails

There’s still plenty of reason to question Brooks’ contention that he didn’t help organize the event, and, as he also told AL.com, that he didn’t even plan to attend until the White House asked him to on Jan. 5. Ali Alexander, the far-right activist who helped organize the Stop the Steal rally and was recently subpoenaed by the House committee investigating Jan. 6, said in December that he worked with Brooks, as well as Reps. Paul Gosar (R-Ariz.) and Andy Biggs (R-Ariz.), to plan the event and “scheme to put maximum pressure on Congress while they were voting.”

Brooks also, for some strange reason, reportedly wore body armor while he spoke at the rally at the Ellipse preceding the riot at the Capitol. There’s also that.

What about Gosar and Biggs, the other two lawmakers Alexander says he schemed with and who were also mentioned in the report? Gosar, who reportedly offered the possibility of a “blanket pardon” in an unrelated investigation in order to convince them to plan the events of Jan. 6, did not respond to Rolling Stone‘s initial requests for comment, nor has he commented since the story’s publication. Biggs hasn’t, either.

Rep. Madison Cawthorn (R-N.C.), who along with Brooks spoke at the rally at the Ellipse, has also yet to comment.

The only member whose office did reply to Rolling Stone’s initial request was Rep. Marjorie Taylor Greene (R-Ga.). “Congresswoman Greene and her staff were focused on the Congressional election objection on the House floor and had nothing to do with planning of any protest,” her communications director wrote in an email, going on to say that “no one cares about Jan. 6” because of high gas prices and a laundry list of other conservative gripes about the Biden administration.

Rep. Lauren Boebert (R-Colo.), too, spent the bulk of the statement she released Monday complaining about the “radical left.” She began by saying she “had no role in the planning or execution of any event that took place at the Capitol or anywhere in Washington, DC on January 6th.”

Rep. Louie Gohmert (R-Texas) said something similar, denying in a statement released late on Monday claiming that no one in his office, including him, “participated in the planning of the rally or in any criminal activity on January 6.”

None of the Republicans implicated in Rolling Stone‘s report are strangers to conspiracy theories — they’ve all questioned the validity of the 2020 election despite the absence of any evidence of significant fraud — and Gohmert decided to spice up his statement with another unfounded theory by claiming it wasn’t Trump supporters who planned the events of Jan. 6. It was the Deep State. “I am extremely interested to find out who, besides the FBI operatives, did plan the events on January 6,” wrote the congressman.

The ICRC defines economic security as the ability of individuals, households or communities … 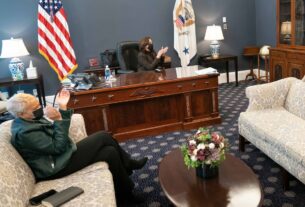