The current threshold for repayments is salary of £27,000, however new reports suggest ministers may be lowering this to £21,000 in order to raise more funds. However, this proposal, which would lead to the Treasury saving at least £2billion a year has led to outcry as it will hit the lower earners the most.

On BBC Money Box this Saturday Hillary Gyebi-Ababio, the NUS vice-president for higher education spoke on these proposed changes.

She said: “It’s important to say that NUS are opposed to any reduction of the salary threshold.

“A lot of what we have been hearing from students over the past few days is that they are really really worried about what this is going to do to their income on top of the National Insurance hike.

“I think it’s really important that recognising that this student loan system is flawed anyway, especially with how it feeds into the marketisation of higher education given that education is not a market but it is a public good.”

The Higher Education Policy Institute’s modelling, carried out by London Economics, found the current system remaining in place would cost the Government £9billion in written off loans for tuition and maintenance.

Cutting the threshold to £19,300 – the same as it was before 2012 – would mean the write-off would shrink from £9billion to just over £5billion, saving the Government around £4billion.

Presenter Paul Lewis spoke to recent graduate Kia about what the proposed changes would mean for her.

She said: “At the moment I’m earning just under £24,000 a year as a university administrator so I won’t have to repay anything yet.

“[Lowering the threshold] would make a massive difference because you can’t plan what life will be like after university.

“Majority of my friends who went to university would be massively affected by this. It’s hard not to take it as a shock when you’re not expecting it to be that threshold.

“You’re told all throughout university that you won’t be repaying until you reach that threshold so you might have circumstantial changes.

“Some of my friends now have kids since they left university so that will be a financial impact and you make payment commitments based on this so that will affect what you’ve committed to paying for.

“Some graduates do go into good graduate schemes and get higher paid roles but others don’t so it was good that the threshold was in place.”

If the threshold was lowered, lower earners may have to pay about £22 a month, Mr Lewis suggested.

Kia continued: “£22 a month is more than my phone bill so when you’re taking your rent, your electricity and water bills, and your Council Tax and everything that you’re all of a sudden having to pay for it can be quite a shock.

“Going from university lifestyle where you don’t have to pay Council Tax and stuff like that, it’s quite hard hit. It doesn’t give you a lot of time to adjust.”

It would end up benefiting the highest earners who pay off their loans quickly and end up repaying less in total, he said. 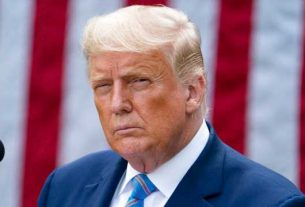