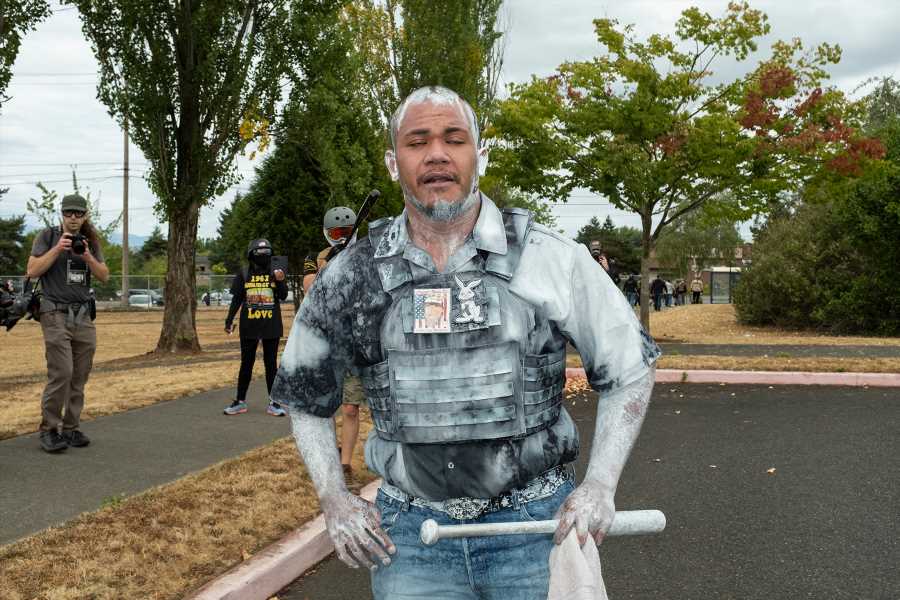 Tusitala “Tiny” Toese — an infamous Proud Boy street brawler who was shot in the leg during a violent clash with antifascist protesters this summer in Olympia, Washington — has been arrested and jailed on felony warrants from both Washington state and Oregon.

Toese was booked into the Thurston County, Washington, jail system on Jan. 5 and is being held not far from the state Capitol. He faces three Washington state charges: Assault in the third degree, a felony, as well as obstructing a law enforcement officer and criminal trespass in the second degree, both gross misdemeanors.

Washington, D.C., Is Suing the Proud Boys and Oath Keepers for Wreaking Havoc on Jan. 6

Despite Toese’s high profile as a right-wing militant, his arrest was not announced to the media. And details about what specific acts he has been charged for are not yet public. Neither the Thurston County prosecutor nor clerk responded to requests for Toese’s charging documents. The jail offers only sparse details, saying Toese was first arrested in a different jurisdiction: “He was brought in from another facility,” says Ken Rhoades, corrections technician with Thurston County. “I don’t know from what facility.”

While the specifics remain cloudy, there’s little doubt that the charges stem from Toese’s frequent and high-profile street fights with anti-fascists. Toese, who reportedly stands 6’ 4” and weighs nearly 300 pounds, goes by the nickname “Tiny.” He is in his mid twenties and a resident of Vancouver, Washington. And he has been a fixture at violent street protests in the Pacific Northwest in recent years. He has been affiliated with both the Proud Boys, as well as with a local far-right group called Patriot Prayer; both groups make sport of clashing with Antifa in the streets. (A Patriot Prayer member was killed on the streets of Portland in 2020, allegedly by the Antifa activist Michael Reinoehl, who was later gunned down by federal marshals, in an act President Trump touted as “retribution.”)

Toese has previously been jailed for charges stemming from a 2018 assault. Notwithstanding his criminal record, Toese has also reportedly served as sergeant-at-arms for the Clark County Washington GOP, providing security for local republican officials.

As Rolling Stone reported in a feature last summer about how the Pacific Northwest is turning into a proving ground for violent clashes between political militants of the far right and -left, Toese appeared at an (ironically named) “Summer of Love” event in Portland last August. It quickly degenerated into a brawl between right-wing militants and anti-fascists, and Toese was photographed riding around in the back of a red pickup truck with a paintball gun.

As the summer’s “fighting season” dragged on, Toese showed up at a right-wing anti-vax event in Olympia, the capital of Washington state. There, amid clashes between right wingers and black-bloc activists, Toese was shot in the leg. An independent journalist captured the aftermath:

Officials in Oregon could not immediately be reached to discuss the charges facing Toese in Multnomah County, where Portland is located.

This is a developing story and will be updated. 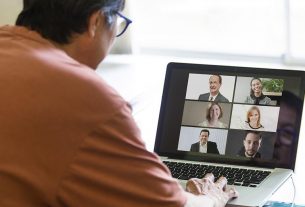