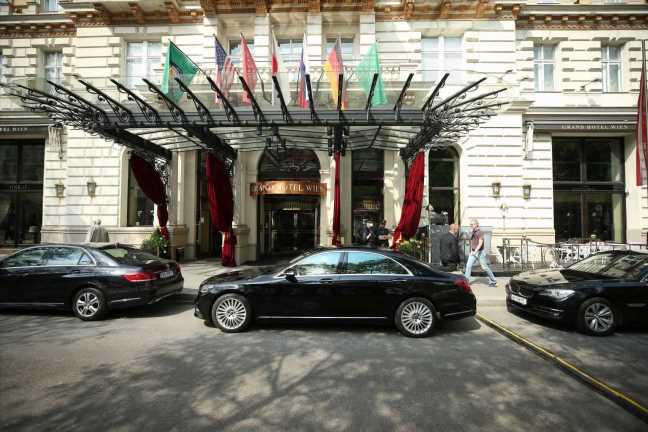 Time may be running out for the U.S. and Iran to restart nuclear talks, as Tehran continues to advance its nuclear program, according to political risk consultancy Eurasia Group.

"Given the pace of its nuclear advancements, Iran is nearing the point at which the nuclear deal's nonproliferation benefits will be unrecoverable without major changes to the accord, at which Tehran would balk," the analysts said.

The deal is more urgent than ever because of irreversible moves such as Iran gaining knowledge on how to operate advanced centrifuges for uranium enrichment, they said. At the same time, it has reduced the likelihood of a deal being reached.

Even if negotiations restart, the odds are stacked against an Iran nuclear deal being reached this year, Eurasia analysts Henry Rome and Jeffrey Wright said in an Oct. 4 note.

That's in part because of Iran's recent decision to name Bagheri Kani — deputy foreign minister for political affairs and an "ardent opponent" of the 2015 agreement — as chief negotiator of those talks, Eurasia analysts Henry Rome and Jeffrey Wright said in an Oct. 4 note.

"Bagheri Kani's involvement indicates that while Tehran will most likely come back to negotiations in the coming months, the prospects for the talks going smoothly appear bleak in the near term," they wrote.

Some experts told CNBC they were concerned about how the nuclear submarine deal between Australia, the U.K. and the U.S. (Aukus) could affect Iran's nuclear ambitions.

The three countries announced a new security partnership last month that aims to strengthen peace and stability in the Indo-Pacific as China expands its influence. The nuclear submarine deal is part of that partnership.

Aukus provides "moral leverage" to Iran in its standoff with the U.S., said Asif Shuja, a senior fellow at the National University of Singapore's Middle East Institute. That's because the U.S. claims it wants to limit nuclear proliferation — yet Washington is helping Australia acquire submarines that will likely run on weapons-grade uranium.

"In the moral realm, Aukus has the potential to weaken the nuclear non-proliferation regime, and that strengthens Iran's ambitions, as well as chances," he said in an email.

The submarine deal also sets a "damaging precedent," said James Acton, co-director of the the nuclear policy program at Carnegie Endowment for International Peace in a September commentary.

"For Australia to operate nuclear-powered submarines, it will have to become the first non-nuclear-weapon state to exercise a loophole that allows it to remove nuclear material from the inspection system of the International Atomic Energy Agency (IAEA)," he said.

Other countries, including Iran, could use naval reactor programs to cover up their development of nuclear weapons, Acton said. Potential backlash for removing nuclear material from inspections is likely to be weaker, since Australia was allowed to do so, he argued.

Not everyone agrees, however.

Behnam Ben Taleblu, senior fellow at the Foundation for Defense of Democracies, said Australia and Iran are not comparable when it comes to non-proliferation commitments. He described the latter as "actively impeding and harassing" IAEA inspectors.

"Worrying too much about the ability of rogue regimes like Iran to abuse any potential precedent set by the Aukus deal misses the forest through the trees on the strategic background for the deal and the nature of the actors involved," he said.

Iran's high uranium enrichment levels have been described by the IAEA as "very concerning."

A U.S. official this week said the ball is in Iran's court when it comes to restarting negotiations, but Taleblu argued that Washington can do more.

There are multiple fronts where the U.S. could be more aggressive in a "plan B" scenario, he said. It could enforce sanctions strictly, use coercive diplomacy, censure Iran at the IAEA and partner with allies to present a united front.

China is "really critical" if Tehran is to come back to negotiations in good faith, he said, noting that China has been the largest purchaser of Iranian oil before and after sanctions came into place.

"That's something … you cannot afford to forget when talking about the Iranian economy," he said.

Relations between Washington and Beijing have been tense, but Reuters reported that the U.S. has asked China to reduce its purchases of Iranian crude.

The 2015 Iran nuclear deal — formally known as the Joint Comprehensive Plan of Action — gave Iran sanctions relief in exchange for curbs on its nuclear program. Under the Trump administration, the U.S. withdrew from the agreement unilaterally and reimposed sanctions on the Islamic Republic.

Since then, Iran has been violating the deal, and increased its uranium stockpiles and enrichment levels. Talks were suspended in June after six rounds of negotiations, with Washington and Tehran unwilling to make the first move.

— CNBC's Amanda Macias and Natasha Turak contributed to this report. 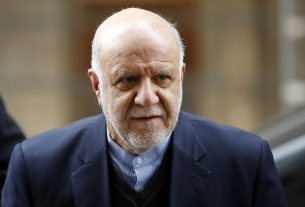 Scarcity definition is – the quality or state of being scarce; especially : want of provisions …