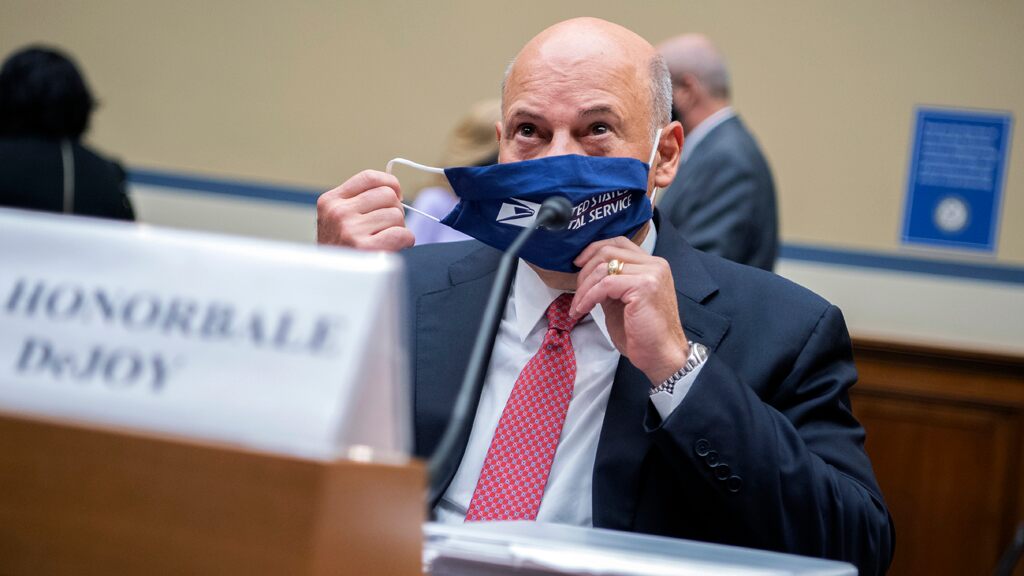 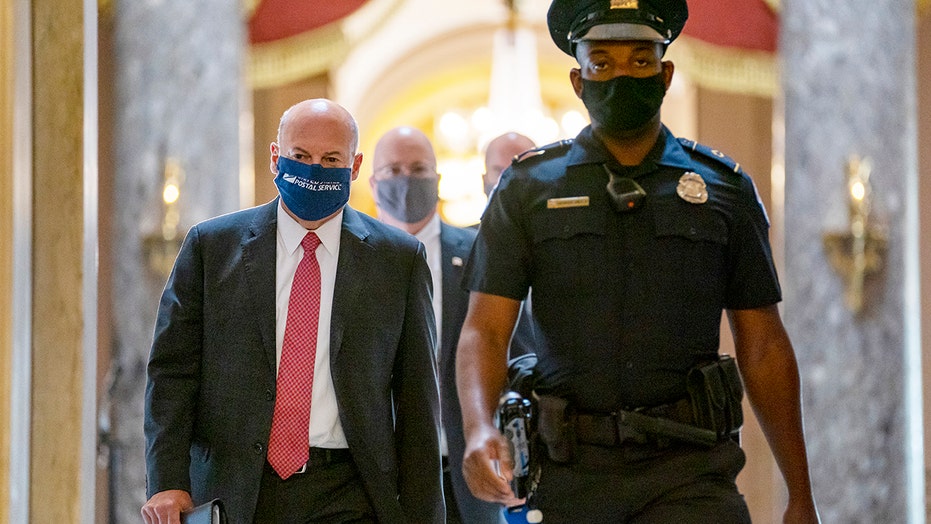 "Here we are having a hearing after a vote," Government Operations subcommittee ranking member Rep. Jody Hice, R-Ga., said. "Certainly we have had many votes without bothering to have a hearing, but I don't ever recall having a vote to so-called fix something and then have the hearing afterwards. This is unprecedented, and again, to me I believe is an example of political malpractice on the side of the Democrats."

DeJoy, who took office in June, has been accused of intentionally worsening postal service so the USPS would not be able to handle a large volume of mail-in ballots for November's election. He denied this, claiming there have been "many inaccuracies" about his actions. 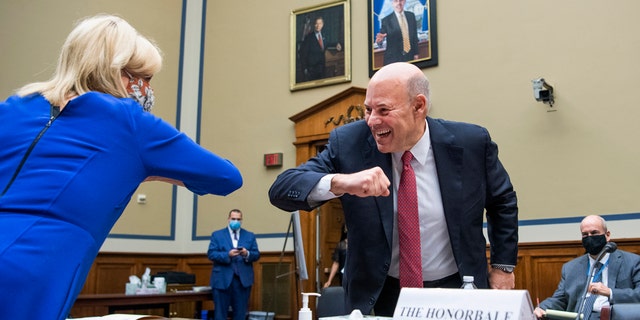 DeJoy elbow bumps with Rep. Carolyn Maloney, D-N.Y., the chair of the Oversight Committee, before a House Oversight and Reform Committee hearing, Aug. 24, 2020, in Washington. (Tom Williams/Pool via AP)

“I did, however, suspend these practices to remove any misperceptions about our commitment to delivering this nation’s election mail," he continued. "Any further assertions by the media or electing officials is furthering a false narrative to the American people.”

Responding to questions from Rep. Paul Gosar, R-Ariz., DeJoy assured the committee that the USPS will be able to handle November's mail-in ballots.

“We will be able to handle all election mail for the 2020 election," DeJoy said.

Democrats have criticized DeJoy’s appointment because he has donated to President Trump’s campaign. Duncan, the Postal Board of Governors chairman, told the committee in a written statement that DeJoy’s selection was the result of an extensive search that included the use of two executive search firms, the vetting of 53 candidates and interviews with 14 of them.

Duncan wrote that the USPS is in a dire financial situation but has been for years, noting that it has faced more than a decade of losses, with an expected loss of $11 billion this year. He said that DeJoy, who has private sector experience, was brought on to reform the agency and improve it.

To that end, Duncan said that the Postal Board is focused on getting the USPS to function in a more efficient manner.

“Unfortunately,” he said in his written statement, "some have sought to argue that these long-needed reforms are intended to disrupt the ability of voters to use the mail for voting."

"Nothing could be farther from the truth," Duncan asserted. He also wrote that the USPS "will be prepared to safely, efficiently and securely help Americans participate in the democratic process, as we have done in the past."

Early in the hearing, Committee Chairwoman. Rep. Carolyn Maloney, D-N.Y., displayed a slide presentation that she said was from a whistleblower. It showed that postal service delays had taken a turn for the worse during the time DeJoy has been on the job.

“We are very concerned with the deterioration in service,” DeJoy said, adding that he is already seeing a recovery.

Maloney accused DeJoy of downplaying the delays and asked why he had not turned over the document that she now has from the whistleblower. DeJoy said he was first asked for it on Friday and also noted that there are a number of reasons for why there have been delays.

Maloney demanded all relevant information from DeJoy by Wednesday and threatened to issue a subpoena if he does not comply.

What is normative economics

Saturns rings are thought to be pieces of comets, asteroids or shattered moons …