Financial expert explains how to get the most from your pension

Savers who put away money regularly to build up their pension pot could be punished for saving too much. Britons may be at risk of being caught out by the lifetime and personal allowances,leading to punitive tax charges.

The lifetime allowance is a restriction on the amount of money Britons can save into a pension pot during their life.

The total of someone’s pension savings are usually tested when they draw their pension, reach age 75, or upon their death.

A large tax charge could greet someone who exceeds the threshold, which could be as high as 55 percent.

The lifetime allowance has previously been considerably higher than it is today.

First introduced in 2006/07, the lifetime allowance was set at £1.5million, before being increased to £1.6million the following year.

DON’T MISS
The ‘biggest deal’ made in Dragons’ Den history despite pitch being ‘insulting’ [TV]
Cold Weather Payment: Thousands receive triple payment of £75 from DWP – will you? [INSIGHT]
State pension age rise could be brought forward – may need to be ‘faster than planned’ [ALERT]

The lifetime allowance was raised again to £1.8million, which still remains the highest level it has ever been.

This same rate was maintained in 2011/12, before the Government began reducing it.

The allowance reached its lowest historical level at just £1million in 2016/17, with modest increases coming in the following years to bring it to the current rate of £1,073,100.

It was announced by the Chancellor of the Exchequer, Rishi Sunak last year that the lifetime allowance will stay frozen at this level until at least April 2026, which means no change will have been made to the limit for six tax periods.

This has led to concerns that more and more Britons will begin to fall foul of the limit as wages increase over time.

The freezing of the lifetime allowance has therefore been dubbed a “stealth tax” by some.

Britons must declare on their self-assessment tax return if they have exceeded their lifetime allowance.

If an individual is concerned about the potential of breaching their lifetime allowance, they may be able to save some cash for retirement in an ISA instead, where tax relief is also available.

The annual allowance is similar to the lifetime allowance in that it limits the amount of money people can save for retirement without incurring tax charges.

It is currently set at £40,000, and like with the lifetime allowance, Britons must declare on their tax return if they exceed it.

In December 2015, we launched our Smart City Challenge, asking mid-sized cities across … 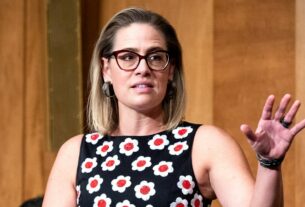