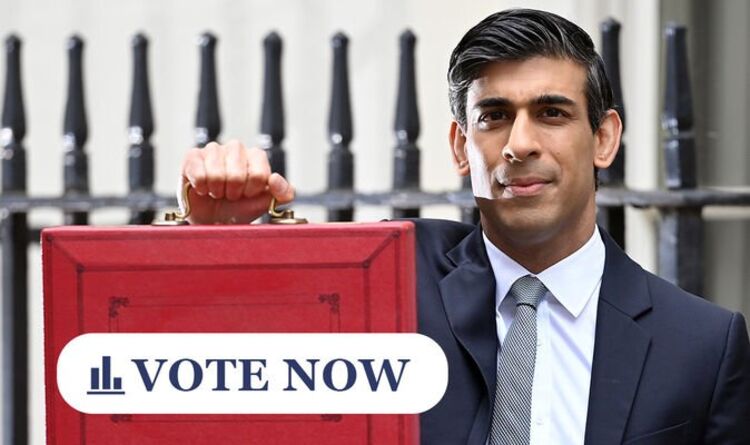 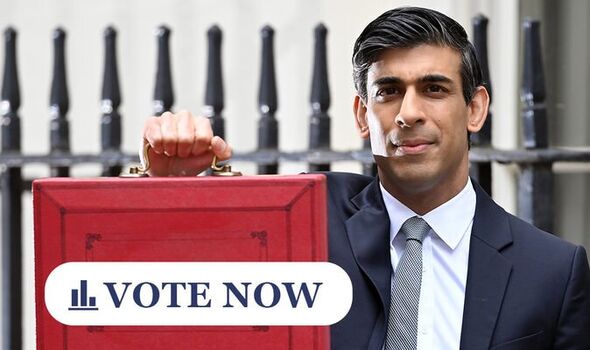 State pensions in the UK used to be protected by a triple lock system, which ensured pensions would increase yearly, by either the inflation rate or 2.5 percent, whichever was higher. Now, however, Chancellor of the Exchequer Rishi Sunak’s decision to scrap the triple lock guarantee from April means pensions are set to increase by 3.1 percent, which is well below the 7.25 percent of inflation forecasted by the Bank of England.

The state pension is expected to rise by just £221 in April, marking the biggest cut to state pensions in real terms for 50 years.

Under the traditional terms of the triple lock policy, the state pension should rise by 8.1 percent this year.

However, the Government decided to remove this guarantee for one year from April 2022, and in doing so, breaks a manifesto commitment from the 2019 General Election.

Additionally, the small pension increase could be wiped out by soaring fuel prices for elderly drivers.

Combined with rising fuel costs, and exacerbated by Russia’s invasion of Ukraine, April’s increase won’t be enough to cover petrol prices for pensioners.

So what do YOU think? Are you worried about how this is going to affect you? Vote in our poll and leave your thoughts in the comment section below.

Fuel prices have risen by an average of 29p a litre since last February.

Analysis by the Labour Party suggests that the average pensioner faces spending an additional £230 on petrol or diesel a year.

This shortfall means the most hard-pressed pensioners could be forced to cut back on heating or eating to keep running their cars.

The AA’s Luke Bosdet told the Daily Mail: “These hikes in fuel prices and other motoring costs can place a particularly heavy burden on pensioners who rely on their cars for shopping, visiting friends and family and doctor or hospital appointments.”

Pensioners on fixed incomes are most vulnerable to rising prices and the cost of living crisis.

The transport spokesman for Labour, Louise Haigh, said: “This is a savage extra cost for millions of pensioners already facing the largest real-terms pension cut in decades.

“Energy giants are raking in billions and the Tories have chosen to put them before those being crippled by soaring prices.”

Caroline Abrahams, charity director at Age UK, suggested that bringing back the triple lock policy was one of a number of measures that should be considered by the Government.

She said: “There’s no doubt that the rapid rise in the cost of living is hitting many older people hard, with worse likely to come in the spring due to soaring energy costs, according to the experts.

“It is certainly open to the Government to change its mind about pausing the triple lock this year, to help pensioners to cope at this inflationary time, but there are many other options available to ministers too.

“What really matters is that they bring forward one or more really effective measures that protect older people on low and modest incomes from financial distress and all the anxiety that goes along with it, and do so quickly.

“Token gestures will not be enough. There’s a need to direct substantially more money to the poorest pensioners to enable them to keep their heads above water this winter.”

The decision to freeze the triple lock was announced in September last year, leading to widespread criticism.

The move followed Government concern that a sudden post-pandemic boom in earnings would see a pension rise of eight percent, leading to the decision to disregard the 2022/23 financial year and stick with the consumer inflation rate of 2.5 percent.

Announcing the move, Work and Pensions Secretary Therese Coffey unveiled a “Social Security Uprating and Benefits Bill for 2022-23 only”.

She said: “It will ensure the basic and new state pensions increase by 2.5% or in line with inflation, which is expected to be the higher figure this year, and as happened last year, it will again set aside the earnings element for 2022-23 before being restored for the remainder of this Parliament.”

Ms Coffey said the figures had been “skewed and distorted” by the average earnings rise, which she described as a “statistical anomaly”.

She said the change meant that pensions would still rise, but less quickly, and said the triple lock would return the following year. 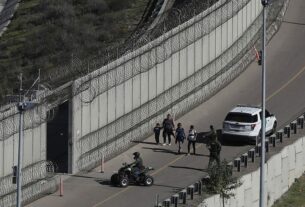 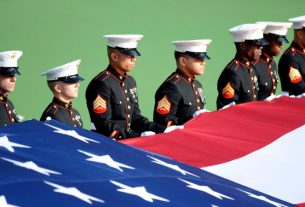