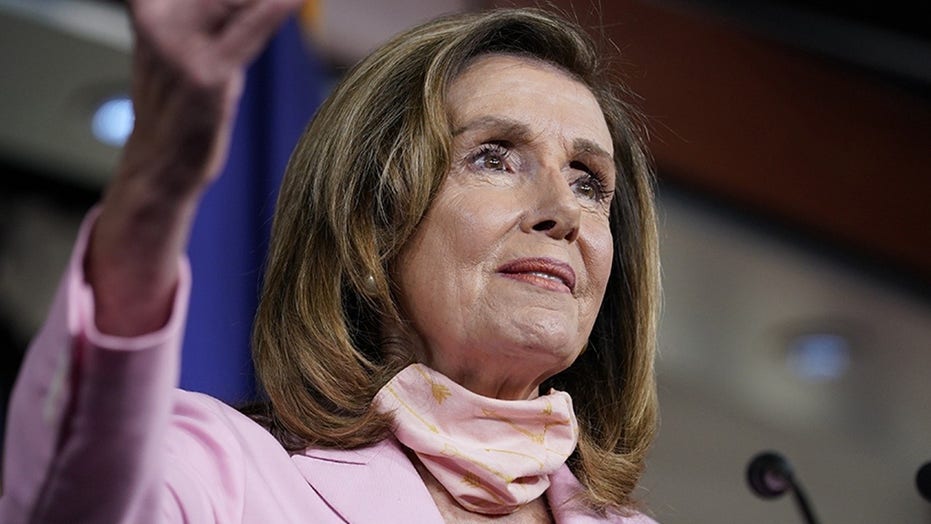 House Speaker Nancy Pelosi, D-Calif., Thursday pledged to bring a bill codifying the Supreme Court abortion decision Roe v. Wade to the House floor in the wake of the Supreme Court’s decision to allow a Texas abortion law to go into effect.

“When we go back to Washington, we will be putting Roe v. Wade codification on the floor of the House, to make sure that women everywhere have access to the reproductive health that they need,” Pelosi said in a news conference.

The Texas law, signed by Republican Gov. Greg Abbott in May, prohibits abortions once medical professionals can detect cardiac activity, usually around six weeks and before many women know they’re pregnant.

The court voted 5-4 to deny an emergency appeal from abortion providers and others to sideline the law while appeals are made, allowing the law to go into effect Wednesday. The judges also suggested that their order likely isn’t the last word on whether the law can stand.

Pelosi announced that the House would vote on a bill sponsored by Rep. Judy Chu, D-Calif., H.B. 3755, the Women’s Health Protection Act. The bill aims “to protect a person’s ability to determine whether to continue or end a pregnancy, and to protect a health care provider’s ability to provide abortion services.”

“The Supreme Court’s ruling allows Texas to protect unborn babies with beating hearts while litigation continues,” Marjorie Dannenfelser, president of the Susan B. Anthony List, said in a statement. “The Texas legislature, acting on the will of the people, debated and passed this law with the very simple goal of protecting unborn children with beating hearts from death in the womb. This is how democracy works.”

“March for Life celebrates the Supreme Court’s decision to allow – for now – the state of Texas to protect babies who have a detectable heartbeat. Americans, through their elected representatives, deserve to be able to enact laws that reflect their own values and compassion for our most vulnerable citizens,” Jeanne Mancini, president of the March for Life, said in a statement.

President Biden announced that he is launching a “whole-of-government effort to respond to this decision, looking specifically to the Department of Health and Human Services and the Department of Justice to see what steps the Federal Government can take to ensure that women in Texas have access to safe and legal abortions as protected by Roe, and what legal tools we have to insulate women and providers from the impact of Texas’ bizarre scheme of outsourced enforcement to private parties.”

Some Democrats have renewed their push to pack the Supreme Court in the wake of the ruling.

“Republicans promised to overturn Roe v Wade, and they have. Democrats can either abolish the filibuster and expand the court, or do nothing as millions of peoples’ bodies, rights, and lives are sacrificed for far-right minority rule,” Rep. Alexandria Ocasio-Cortez, D-N.Y., wrote on Twitter.

Democrat-controlled state legislatures have passed their own attempts to codify Roe v. Wade should the conservative-majority Supreme Court strike down the ruling. The New York version not only codified abortion but removed protections for babies in the womb, even those wanted by their mothers. It struck down laws treating the death of an unborn baby as a homicide.

Rate My Professors is the best college professor reviews and …

You wont be charged until after your free month…