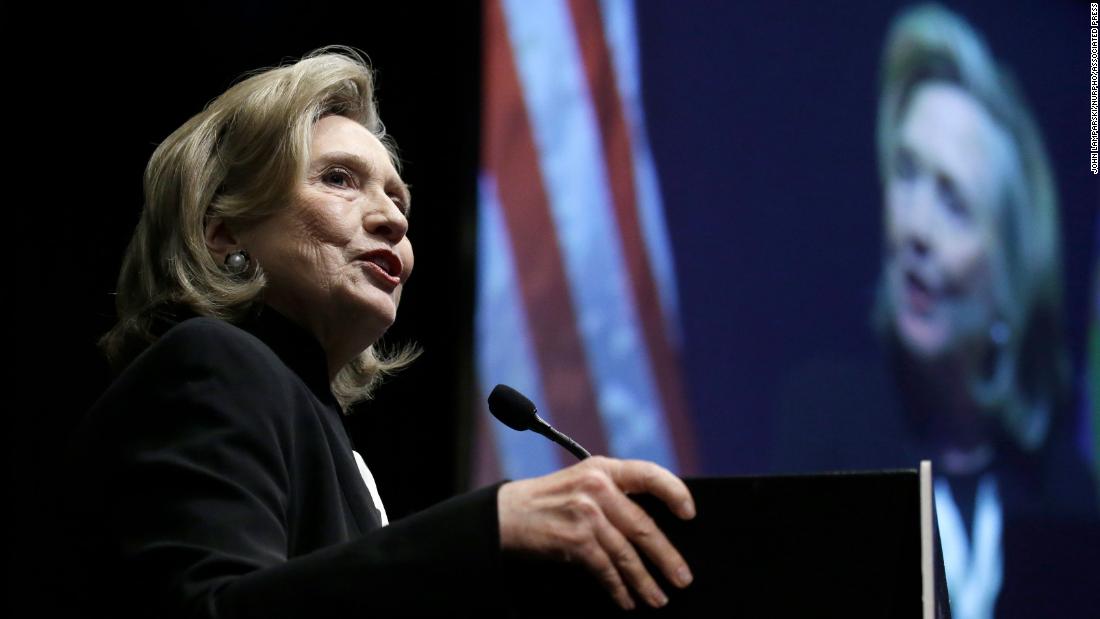 Fox’s obsession with Hillary Clinton is only growing more fierce.

The right-wing talk channel, which has in recent days dishonestly twisted a court filing from special counsel John Durham to accuse Clinton of nefariously spying on Donald Trump, mentioned Clinton’s name nearly 200 times Thursday, according to a search of rush TV transcripts. The escalation in the network’s already-manic coverage of the former presidential candidate came after she delivered remarks at the New York Democratic convention.

Fox carried Clinton’s remarks briefly before abruptly cutting away when she started to talk about the Big Lie. But if the network had stuck with her speech, the channel’s viewers would have heard Clinton rip into Fox’s recent coverage of her. “Fox leads the charge with accusations against me, counting on their audience to fall for it again,” Clinton said. She then invoked some legal language. “As an aside,” Clinton said about Fox, “they’re getting awfully close to actual malice.” Clinton spox Nick Merrill wrote on Twitter that she had “called them and their bulls**t out by name.”
A rep for Fox didn’t respond when I asked about Clinton mentioning “actual malice,” the bar a public figure needs to clear in order to succeed in a defamation lawsuit. But Sean Hannity addressed Clinton directly during his Thursday night show. “Malice, really? It’s called news,” the right-wing propagandist claimed. “Hillary, we invite you to bring it on.” Of course, while it is extremely unlikely Clinton would take any such legal action against Fox, I would be curious to know what the network’s lawyers think of him daring her to sue for defamation.

Hannity was the only Fox figure that I could find who addressed Clinton’s malice comment on the network’s air. Other personalities, however, devoted significant time elsewhere. One theme Fox promoted Thursday night might inspire some déjà vu: That Clinton is gearing up to run for president again. It was pushed by both Jesse Watters and Tucker Carlson. Carlson, who mocked Clinton for calling out Fox, framed her speech as “the start of something big.” He added during a lengthy segment, “We fully support Hillary Clinton as she runs for president.”
The big picture: Expect Fox and the right-wing media universe as a whole to continue its focus on Clinton. These outlets need villains and, all these years later, Clinton serves as one of the ultimate foils. Tracy Sefl, the Democratic strategist who is familiar with the right-wing media universe and who was once described as the “Drudge whisperer” for having dealt with Matt Drudge on behalf of the Clinton campaign, had a similar thought when I texted her Thursday. “Why the obsession?” Sefl asked rhetorically. “Simple: [cha-ching]…”

— Katelyn Polantz notes Durham’s new filing came after Michael Sussmann sought to have his charge thrown out, accusing Durham of “prosecutorial overreach…” (CNN)
— Aaron Rupar: “Given the complexities involved, it’s relatively easy for Fox News to lie to viewers about the Durham stuff and trust those viewers not to try to get to the bottom of it themselves. And that’s exactly what they’re doing…” (Public Notice)
Source: Read Full Article

Kyle Rittenhouse's mother speaks out following son's acquittal: 'It's not about winning or losing'