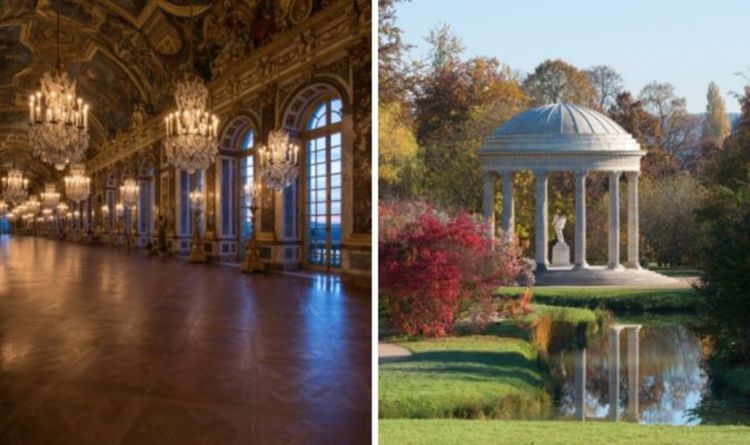 The Palace of Versailles, France,  was built in the 17th century. It began with Louis XIII (1601-1643), initially building a chateau that served as a hunting lodge for the King and his entourage. It was his successor, Louis XIV (1638-1715), that transformed it into a wondrous palace that exuded luxury and power.

Indeed, the French author Charles Perrault stated: “It’s not a palace, it’s an entire City. Superb in its size, superb in its matter.”

It was designed by Louis XIV’s favourite architect, Joules Hardouin-Mansart.

He erected the Grand Trianon, which is “perhaps the most refined architectural ensemble found on the royal estate of Versailles,” as stated on the palace’s website.

Joules Hardouin-Mansart went on to describe it as, “A little palace of pink marble and porphyry, with marvellous gardens”.

The Palace of Versailles is worth an eye-watering £39billion, according to Love Money.

Castle Tourist seconded this: “It’s one of the most extravagant and luxurious palaces ever known on the planet.”

But what’s so special about this colossal castle?

Love Money branded it, “the world’s largest royal domain”, as it comprises over eight million square metres of grounds.

It is so vast that visitors to the palace use modes of transport like little trains, bikes and rowing boats to discover the palace and grounds.

Outside in the immense space they can find beautiful sculptures, fountains, flower gardens, bodies of water and monuments.

One such monument is the Love Monument, designed by Richard Mique in 1777 and approved by Marie-Antoinette.

It is worth far more than London’s Buckingham Palace, which has been valued at a staggering £3.84billion.

Frommer’s Travel Guides even referred to the French palace as “over-the-top”.

From the 19th century onwards, the Palace of Versailles has been a museum to those who want to witness the splendour first-hand, and 10 million people visit the grounds each year.

The World Heritage Site contains a huge 2,300 rooms, and is unsurprisingly one of the greatest achievements of 17th century French art.

One particular room which is sure to bewilder and astonish is the Hall of Mirrors, the most well known room in the palace.

The room, which has a whopping 357 mirrors in total, speaks to France’s economic, artistic and political prosperity through its artwork.

It’s gold theme and many chandeliers also speaks to its lavish nature.

Famously, on 28 June 1919, the Treaty of Versailles was signed in the Hall of Mirrors, ending the First World War.

The War Room is extravagantly covered in marble panels decorated with six trophies and weapons in gilded bronze.

The decoration, completed from 1678-1686, pays tribute to the military victories which led to the peace treaties of Nijmegen, which established Louis XIV as arbitrator for Europe.

The Peace Room is symmetrical to the War Room, and contains the same marble decorations with gilded bronze, but instead depicts the benefits of peace brought to Europe by France.

Many of the rooms follow a colour theme; Empress Marie-Louise (1791-1847), the wife of Napoleon, filled her bedroom with pink furniture, while Louis-Phillippe I (1773-1850) had a mostly yellow lounge for playing games and resting.

For those who want an even deeper delve into the Palace of Versailles, Le Grand Contrôle, built in 1681, has been restored as a hotel within the grounds.