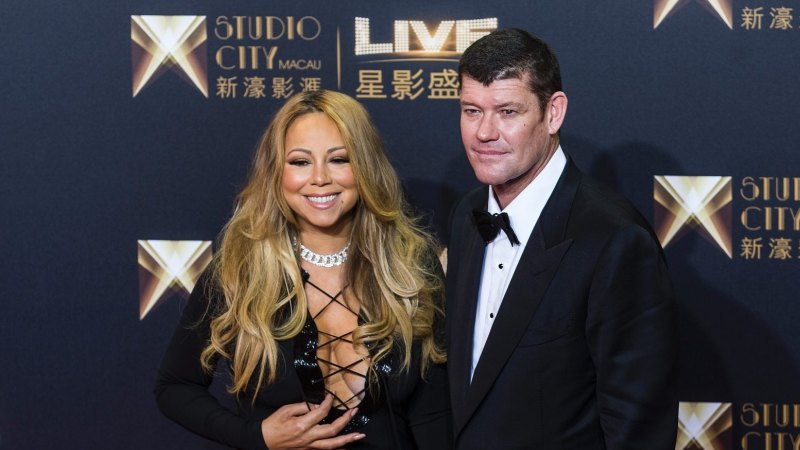 James Packer remains silent, but the Crown Resorts board has sent a clear signal that the boosted offer from Blackstone should be to his liking and finally end the Packer family’s 23-year association with the casino operator.

If Blackstone and Crown agree to terms on the private equity group’s $13.10 per share offer announced on Thursday, it will deliver Packer $3.26 billion cash for his remaining stake in the group.

It will finally untether his fortunes, a personal wealth estimated at $5.7 billion last year by the AFR’s Rich List, from the casino operations which have bedevilled his professional and private life since Crown staff were arrested by Chinese authorities in 2016.

Packer’s last remaining link with Crown will be the $72 million two-storey apartment he acquired last month atop the Sydney casino, Crown Barangaroo, that was built following a brutally successful campaign by the billionaire to win a casino licence. 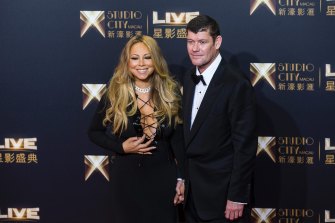 James Packer at the height of his casino gamble, opening of the Melco Crown’s Studio City complex in Macau with his then fiancee Mariah Carey. Credit:Bloomberg

The reason the board may have given the sweetened deal their blessing without official word from Packer, is the fact that it pips the $13 per share deal Packer agreed to with former Asian partner, Lawrence Ho’s Melco Resorts in 2019.

Melco acquired a 9.9 per cent stake, but the remainder of the deal was put on ice in August that year pending an investigation into whether it breached regulatory conditions and also looked into alleged criminal activity at Crown’s Australian operations.

The inquiries imperilled the casino operator last year with the NSW and Victorian casino regulators deeming Crown unfit to hold a casino licence in either jurisdiction and threatening its core business.

The Crown board’s approval of the offer is not without risk.

Packer could easily kill the deal from the LA mansion he currently calls home by voting his 35 per cent stake against any transaction. But almost three years after he stepped down from the Crown board amid mental health issues, the billionaire’s only signal has been that he is ready to sell.

His appearances at last year’s inquiry and royal commission into Crown’s Sydney and Melbourne operations showed the billionaire to be shadow of his former self and yet to recover his mental health. 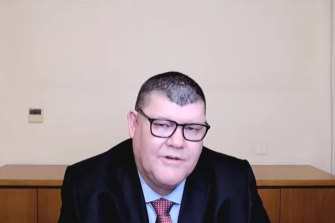 James Packer will play kingmaker in the battle for Crown.

The $283 million Italian-built superyacht, from which he was grilled for both casino inquiries, is now for sale and the reclusive billionaire shows no signs of leaving his golden triangle of Los Angeles, Aspen, and Mexico mansion in Cabo San Lucas, for a return to Australia.

It is likely that the only thing that could upset Blackstone’s bid for the casino operator is a fresh merger offer from the rival Star Entertainment Group which withdrew its $12 billion merger proposal last year citing the uncertainty over the growing regulatory risk at Crown from the inquiries.

“Crown remains willing to engage with The Star in relation to a potential merger on terms acceptable to both Crown and The Star,” Crown said at the time.

Its form of government has only a single political party, the communist party…

What is gross domestic product