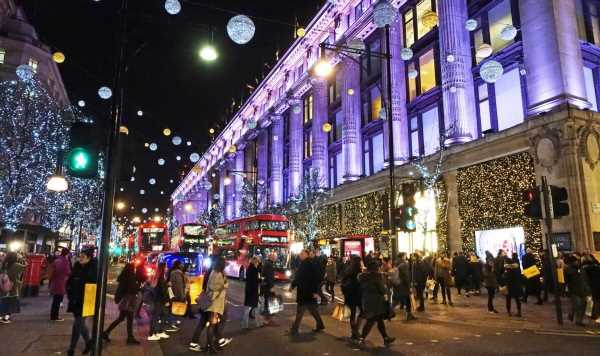 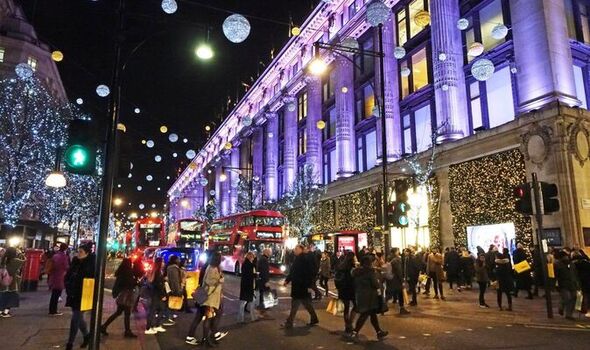 A combination of the cost-of-living crisis (66 percent), worries about gas and electricity bills (42 percent), a reluctance to get into debt (24 percent), and trying to be thriftier (39 percent), are propelling people to tighten their belts.

In a bid to cut outgoings this year, more than half of respondents (56 percent) will spend less per person.

And 35 percent won’t be buying gifts outside of their immediate family – such as for friends or work colleagues – while 15 percent will only buy presents for children in their family.

However, the research, commissioned by Oxfam, brings some comfort – as almost three-quarters (74 percent) of those polled say meaningful gifts, that don’t cost a lot, are the best.

Lorna Fallon, director of retail for the charity, said: “Giving presents shouldn’t be about how much you spend.

“This year, we hope people won’t feel pressurised into spending more they can afford – especially at a time where many people are worried about the cost of living.

“Bringing loved ones happiness on Christmas day does not need to be expensive, but it can be thoughtful.”

The study also revealed 30 percent are scared this will be a difficult winter financially, with one in ten worried their kids won’t have enough presents this year.

And 39 percent want to make their money go further with presents.

Bringing loved ones happiness on Christmas day does not need to be expensive, but it can be thoughtful

It also emerged 28 percent feel pressure to buy gifts at Christmas – with nearly a quarter (24 percent) relieved they have agreed with family and friends to cut back on giving this year.

However, 37 percent feel guilty when someone buys them a gift, and they don’t have anything to give them in return.

But the research also found that, when it comes to giving and receiving at Christmas, 43 percent said it’s the thought that counts.

More than one in ten (12 percent) have turned to buying second-hand gifts, with books, particularly fiction, revealed to be at the top of people’s charity shop wish list (23 percent).

It also emerged 27 percent will choose gifts that have a positive social impact, such as charity gift cards or donations to a good cause.

And 17 percent agreed some of the best presents they’ve ever received were ones that didn’t cost much at all.

Concerns over the environmental impact of Christmas, like plastic waste and emissions (47 percent), along with a desire to shop ethically (20 percent), are also driving shopping decisions – as 23 percent of respondents said they’ll buy second-hand gifts this year because it’s more environmentally friendly.

Conducted via OnePoll, the study also found one in five (21 percent) try to cut down their spending each year – but find it hard to do so.

However, 34 percent of those buying for others plan to spend less per person this year compared to last.

And the average number of people on a Christmas gift list has reduced by one person, from ten in 2021 to nine this year.

It also emerged that, regardless of household income, everyone is set to feel the squeeze this year – as 41 percent of shoppers with a household income of £20,001 to £25,000 want their money to stretch further.

“Womenswear and menswear sales in our shops are also up, suggesting that customers are turning to charity shops to make their pound go as far as possible whilst supporting good causes.

“Browsing in a charity shop this year for just some of your presents will make your budget stretch further, as well as bring a smile to your family with one-off, more sustainable, thoughtful, and ethical gifts.

“For the friend or relative who has everything, or if you’re short on time or stuck for ideas, choose Oxfam Unwrapped gift cards.

“Funds raised from these cards support communities to make positive changes, by providing essentials like clean water and sanitation.”

The home of human ingenuity, come and visit award-winning exhibitions, iconic objects and …