LONDON — OnlyFans said Wednesday it has "suspended" plans to ban pornography, in a stunning U-turn that came after fierce backlash from its users.

A spokesperson for the online subscription platform told CNBC that the proposed changes were no longer required "due to banking partners' assurances that OnlyFans can support all genres of creators."

"Thank you to everyone for making your voices heard," OnlyFans said in a tweet Wednesday.

"We have secured assurances necessary to support our diverse creator community and have suspended the planned October 1 policy change."

"OnlyFans stands for inclusion and we will continue to provide a home for all creators," the firm added. "An official communication to creators will be emailed shortly."

OnlyFans' decision to block sexually explicit posts drew swift condemnation from sex workers, who were in large part responsible for the platform's success. The site lets adult performers sell "not safe for work" content for a subscription fee.

Founded in 2016, OnlyFans has become a social media powerhouse thanks to its looser approach to overtly sexual material. With more than 130 million users, 2 million content creators and a reported $150 million in free cash flow last year, OnlyFans has the kind of numbers many start-ups could only dream of.

OnlyFans CEO and founder Tim Stokely claimed in an interview with the Financial Times this week the firm was forced to ban such content after "unfair" treatment from banks.

Stokely name-dropped JPMorgan, BNY Mellon and Britain's Metro Bank as examples of lenders that have made life difficult for OnlyFans and sex workers. All three banks declined to comment when contacted by CNBC.

There has been speculation that some other factors were at play. For instance, an Axios report said last week that the company was struggling to find external investment due to concerns with its hosting of adult content.

Stokely denied this was the case, saying OnlyFans "didn't make this policy change to make it easier to find investors."

OnlyFans' founder also slapped down the suggestion that Mastercard may have been behind the ban. The payment network is set to bring in tougher rules for adult merchants from Oct. 1, the same day OnlyFans was due to prohibit sexually explicit content.

Stokely said the firm was already "fully compliant" with Mastercard's new rules and they had "no bearing" on its policy change. A Mastercard spokesperson told CNBC the firm made no contact with OnlyFans related to its decision.

"They made this decision themselves," the Mastercard spokesperson said. 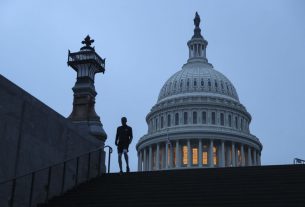 A cottage industry is a small-scale, decentralized manufacturing business often operated out …