OnlyFans is getting out of the pornography business.

Starting in October, the company will prohibit creators from posting material with sexually explicit conduct on its website, which many sex workers use to sell fans explicit content. They’ll still be allowed to put up nude photos and videos, provided they’re consistent with OnlyFans’ policy, the company said on Thursday. 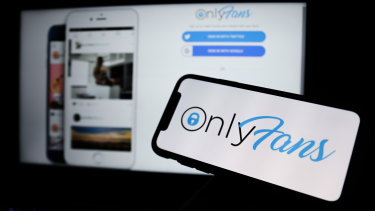 OnlyFans is cleaning up its image as it’s seeking to raise money.Credit:Getty

The popularity of the social-media service exploded during the pandemic as sex workers, musicians and online influencers used it to charge fans for exclusive access to photos, videos and other material. OnlyFans has attracted more than 130 million users.

That popularity also brought with it additional scrutiny, and OnlyFans is positioning itself more as a forum for musicians, fitness instructors and chefs than sex workers. While many of its most-popular creators post videos of themselves engaging in sexual behaviour, several mainstream celebrities like Bella Thorne, Cardi B and Tyga have also set up accounts.

The changes are needed because of mounting pressure from banking partners and payment providers, according to the company. OnlyFans is trying to raise money from outside investors at a valuation of more than $US1 billion ($1.4 billion). 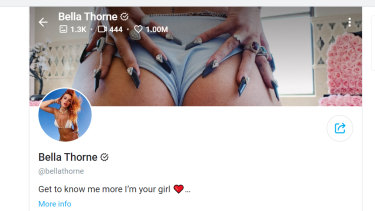 Bella Thorne’s profile page on OnlyFans. The US singer and actor is one of the mainstream celebrities on the site.Credit:Bella Thorne/OnlyFans

“In order to ensure the long-term sustainability of our platform, and continue to host an inclusive community of creators and fans, we must evolve our content guidelines,” OnlyFans said. The company is run by its founder, Tim Stokely, and owned by Leonid Radvinsky, an internet entrepreneur.

The company has been praised for giving sex workers a safer place to do their jobs. But sex work still has a stigma. The company handled more than $US2 billion in sales last year and is on pace to generate more than double that this year. It keeps 20 per cent of that figure.

OnlyFans said it will provide more guidance on its new policy at a later date.

The news disappointed some of the sex workers who’ve come to rely on OnlyFans. Silfy, a 30-year-old from Dallas who declined to provide her real name, began posting to OnlyFans a few years ago and relies on the site to pay her bills.

She wrote a few blogs for the company in its early days, and even spoke with Stokely. But over the past year, she noticed the company shifting its focus away from sex work and more toward other types of online creators, aping a similar move at the company Patreon.

Earlier this year, OnlyFans introduced a new app that features many of its top creators, but doesn’t include any nudity.

“If you look at all the promos, they don’t promote us at all,” Silfy said. “I noticed a huge drop in them promoting people who did sex work.” 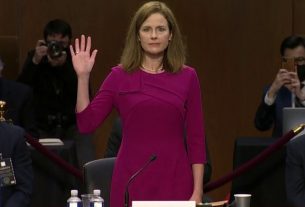 #VOTEPROCHOICE CEO Heidi Sieck: Amy Coney Barrett does not belong on the Supreme Court – here's why 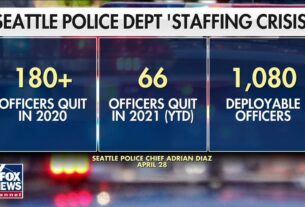