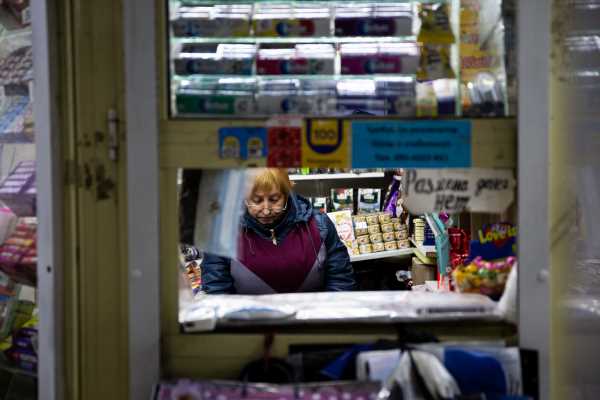 KHARKIV, UKRAINE — The war was late, an hour past the 4:00 a.m. deadline set by the U.S. government’s last dire warning of impending violence — a final indignity after weeks and months of agonizing, paralyzing, excruciating waiting and hoping that it would not come. And then, it did.

Shortly after five in the morning, cities across Ukraine reported missile strikes on military installations and airfields. The first strike hit Kharkiv around 5:09 a.m., but was not audible from my flat south of the city. Not long after, a CNN correspondent doing a live shot at the Kharkiv Palace Hotel got an absolute money shot when an explosion went off behind him and he raced to put on his body armor on air. That’s the dream for the cable types, of course, when covering this sort of thing.

Trump on Russia Attacking Ukraine: The 2020 Election Was Stolen and Immigrants Are Ruining America

50 Best Action Movies of All Time

The morning was a nightmare for every other person living in Ukraine. No one slept much last night. Russian and Belorussian troops are fighting with the Ukrainian military in the north of the country. Missiles or airstrikes hit Odessa, Kharkiv, Kyiv, Dnipropetrovsk, Kramatorsk, Mariupol, and other cities. When the sun rose, myself and my traveling partner, a reporter for Foreign Policy, left our apartment and set off on foot to reach the Kharkiv Palace, where we had been told the major media outlets were staying. I received a tip that a higher up at a cable news network had informed Moscow of the media presence at the Palace, perhaps as some kind of assurance that it would not be hit by missile strikes. This seemed like as good a bet as any.

Outside our flat, people were packing up their cars. There was a small line at an ATM in the courtyard of a nearby building. We walked up the road toward the glittering city center of Kharkiv. It was crisp, calm and hushed. A large metal loading door on the side of a mall opened up as we were walking past. About a dozen people crawled out from the building, ducking under the silver siding, pulling bags. Across the street, a single street sweeper in a reflective vest brushed ochre dirt into the gutter.

We walked to the road, hoping to hail a car to take us to the hotel, which was a mile away. The roads were empty, the few cars on them driving with purpose — fast, decisive movements, speeding around corners. We decided to try the metro instead. On the platform below was another line of people waiting to use an ATM. A mother pushed her baby in a stroller. Two teens teens slumped against a pillar. A pair of men in civilian clothes wearing body armor carried long M4-pattern rifles slung against their torsos, pointed down. Everyone else carried bags — some as if they were going to work, some as if they were going to leave. The trains came on time, just a few minutes apart.

On the train to the hotel, we met Anton, a biologist. He asked me if I was trying to leave. No, I said. We would stay here. “I think it is impossible to leave,” he said. Anton was a military reservist, on his way to the administration building to rejoin his unit. He was worried about his animals — at home, and perhaps the ones at work. The train was loud and it was unclear. “We want to fight,” he said. “But I have a lot of pets. I’m worried about them.” I asked if someone was taking care of them. “I don’t know,” he said.

We got off the train and walked to the hotel, where journalists milled around the lobby. We checked in with the overnight receptionist, Katerina, who was working the final hour of her shift. She didn’t hear the bombs herself, but heard about them when the journalists came down from their balconies. “My parents live in the suburbs, outside the city,” She said. “I live in the city. I’m not sure where I will go. I don’t know what I’m going to do.”

We sat down in the lobby, because Katerina said the hotel would charge us a half-day’s rate if we checked in before noon. At least we knew what we were doing for the next few hours. I sent a text to Daria, whom I met while reporting in Avidiivka, asking if she was ok. “Hi, frankly speaking I’m not,” she said. “We are packing, now we will leave.” I asked where she was going. Her father said the situation in Kyiv was dangerous, too. “We don’t know where to go,” she wrote. I said I was thinking of her, suggesting maybe Dnipro was safer. Crossing the river seemed like a good option. But I didn’t know. Nobody does right now. A child started playing the grand piano in the middle of the lobby, bashing the keys and giggling, clashing notes echoing throughout the space.

I texted Yuliia, the journalist I met in Mariupol, to ask how she was. She and her boyfriend made it to Kyiv. Her parents were still in the Luhansk Peoples’ Republic — but she had heard from them, and they were OK. I started to write this story. Other journalists mingled, asking everyone whether or not they planned on leaving. We had these polite conversations in English, with plenty of money in our pockets, in the lobby of a five star hotel. I can freely leave this country as it is not my home. If I go to the Polish border, I can walk across it to safety and fly wherever I need to because this war is not in my homeland.

For the 44 million people of Ukraine, however, this is a very real war, one with the potential to reach every one of their homes. It is no longer contained in the east — a nagging sore of pain and loss that has metastasized and spread. Now everyone in the country feels the same indecision and fear the people of Eastern Ukraine have felt for eight years.

Reports filter in that Kharkiv is surrounded by Russian troops, but I cannot verify them. For now, though, the streets are clean and swept. The violence has not reached us yet. For many it already has. For the rest it is likely a matter of time. 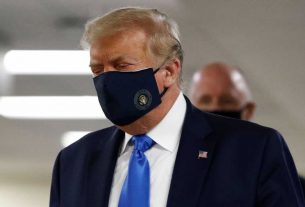 Trump Wore a Mask. Sadly This Is News